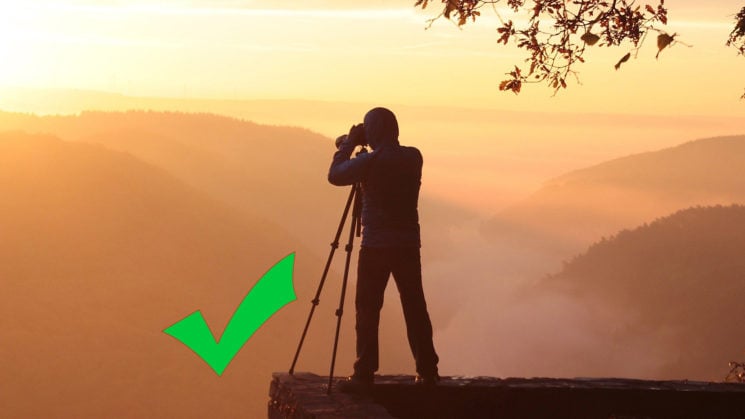 Filmmakers, rejoice: thanks to a court case from 2019, you may no longer need to get a permit and pay fees for commercial shoots in national parks. D.C. federal judge has just made the decision, ruling that it’s unconstitutional for the National Park Service to require a permit and charge you with fees.

It all started in late 2018 when director Gordon Price was shooting his feature film Crawford Road. He was filming in Yorktown Battlefield in Colonial National Historical Park, Virginia without a permit, so two NPS officers issued him a citation, Hollywood Reporter writes. The same source reports that Price argued that the citation was amounted to “content-based prior restraints.”

In December 2019, Price sued the U.S. Attorney General (then William Barr), Secretary of the Interior David Bernhardt, and Deputy Director of the National Park Service David Vela. As you probably know, you don’t pay a fee or need a permit for shooting in areas where the public is generally allowed. But in other locations, or if you use models or props, the situation changes. Also, news-gathering generally doesn’t require a permit. In his lawsuit, Price argued that the statute was “facially unconstitutional because it targets First Amendment activity.”

On Friday, U.S. District Judge Colleen Kollar-Kotelly made the ruling. It was good news for Price and it will have implications for all other filmmakers:

Kollar-Kotelly found that Price’s work was indeed affected by content-based restrictions on his First Amendment rights. If he was shooting for non-commercial purposes or showed only newsworthy information, he wouldn’t need a permit. The judge issued a declaration that NPS’s requirements for permits and fees for “commercial filming” were “unconstitutional under the First Amendment.”

Of course, I believe that the NPS statute and rules still need to be changed and adapted. I’m not sure how it works and when the rules will be changed, but chances are that you will soon no longer need a permit for commercial shoots in national parks. We’ll see how this will unfold further and surely keep an eye on the news, as this could be a major change for all filmmakers out there, and perhaps for photographers as well.