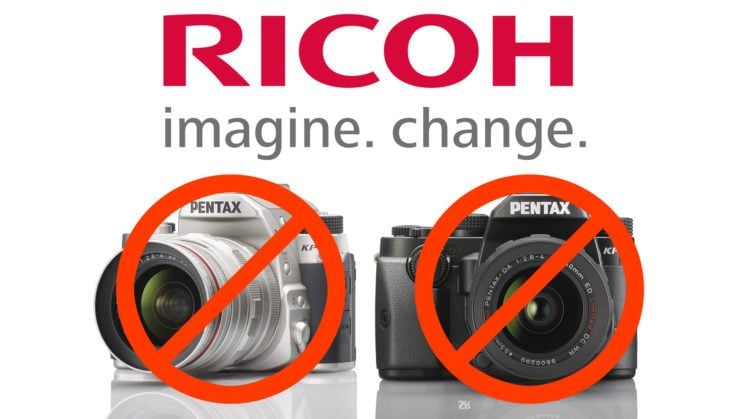 UPDATE: Ricoh are denying the report. For the full update see the end of the post

Just when Pentax seemed like it might be starting to pick up, Nikkei Asian Review are reporting that Ricoh may be dropping the brand. There’s no doubt that smartphones are continuing to eat into camera sales, and Pentax has become a “money-losing” business.

Nikkei say that Ricoh plan to “radically review” a production and manufacturing strategy targeting the Pentax and GR brands. One of the options includes withdrawing from the segment completely.

Ricoh started out in 1936 as Riken Kankoshi Co. Ltd making sensitised paper products. Two and a half years later, it rebranded as Riken Optical Co. Ltd and shifted to optical devices and equipment. Fast forward to 2011, and they acquired Hoya’s Pentax SLR camera business for 10 billion yen (around US$125mil).

They had hoped to use the brand to lead a charge of higher sales toward camera enthusiasts, but the sales did not pick up. They’re 6th in global market share of interchangeable lens camera manufacturers, and 8th amongst camera makers overall.

Ricoh does have some popular class leading products, such as the Theta S 360° camera. Although high resolution smartphone cameras have kept its traditional camera business in the red ever since acquisition.

So, they are apparently making the move toward commercial application. One example cited is automotive cameras, which it expects to have ready during the first quarter of 2018. And they estimate sales to be around 50 billion yen in 2020.

In the USA, Ricoh have laid off 1,000 workers as it restructures. In Japan, the company says it plans to offer early retirement.

I suppose a lack of any kind of real third party support has also contributed. And while some companies, such as Cactus, have recently announced future support, it’s just not enough. Most of the third party lens & flash manufacturers only really support Nikon, Canon, and more recently Sony.

It’s a vicious cycle, though. 3rd party companies won’t support a brand until it gains a certain level of user base. But without that third party support, it can be difficult for the brand to gain that momentum in the first place.

So, it’s not very surprising that Pentax have had more of a “cult” status amongst photographers than other brands.

Whether or not they’ll completely kill off the brand remains to be seen. It looks like Pentax shooters might want to start considering other options for the future.

UPDATE : Ricoh have issued a press release in response to the Nikkei article

With regard to the article about RICOH today

Today there was an article saying that RICOH considers to shrink the camera business and withdraw from consumer products. This article is not based on RICOH’s official announcement.

RICOH is focusing its resource on the high added value products such as PENTAX and GR that are appreciated by the existing users and photo hobbyists. RICOH is also a market leader of input devices in the VR or AR market with its “RICOH THETA” where we can see rapid growth, and will keep on expanding the business even more in this field. In addition, RICOH will develop and expand the imaging business in the solution business field for corporate, by creating new market utilizing its own camera technology.

So, it appears reports of Pentax’s demise may be a little off the mark, according to Ricoh.