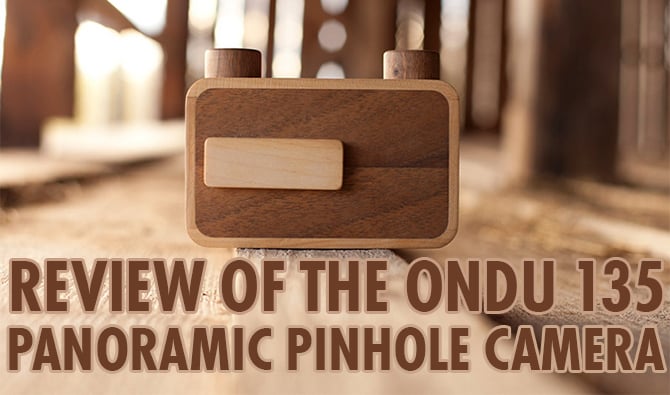 In the world of photography products, there aren’t many surprises. We see variations on themes. New strap styles may seek to innovate (and sometimes succeed), but when you get right down to it, they’re straps. “New and Improved” sensor cleaning systems may improve on those that came before, but it’s still a blower or a swab or an electro-static stroke of marketing genius aimed at convincing you that this next purchase is the one that’s going to put your photography over the top. I know…this all sounds a bit jaded, and maybe it is. A little. So, you can imagine how happy I was when something truly different found its way across my desk recently.

The Ondu 135 Panoramic Pinhole Camera is one of five pinhole cameras in the Ondu product line. It uses standard 35mm film and can shoot regular 36mm x 24mm frames, or 72mm x 24mm panoramic images with the simple removal of two dividers inside the camera. Other sizes include the 135, the 6×6, the 6×12 Multiformat, and the 4×5 Large Format. Originally launched on Kickstarter last year by industrial designer and self-taught carpenter Elvis Halilovic, Ondu crushed its $10,000 funding goal by raising over $109,000 (USD). Here are the specs on the 135 Panoramic: 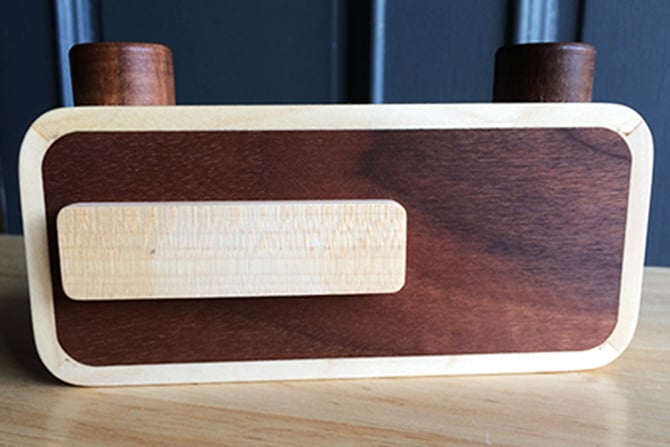 Why is It Different?

Let me start by saying that I still shoot a lot of film, especially when it comes to my street photography. Knowing that I have a limited number of frames with which to work makes me feel more connected to the camera and– by extension– to my subject. For me, there’s just something very organic about the experience. The smell of the film when the lid pops off the canister…loading it…advancing those first few frames. Start to finish, there is still something very special to me about the film experience.

Ondu is certainly not the first company out there to market a pinhole camera. What makes it different, though, is that this camera is a work of art in its own right. Most pinhole cameras are DIY kits made of cardboard and include black tape to block out the light. They are considered a novelty item and are built to last just long enough for you to get frustrated with the pinhole learning curve and throw in the towel.

Not the Ondu. This camera is exquisite. Every camera is made by hand and it shows. The craftsmanship and attention to detail are obvious from the moment the camera comes out of the box. The natural woods and finishes have been used to create a truly unique camera that just feels good in your hands. It makes you want to create something as special as the camera itself. 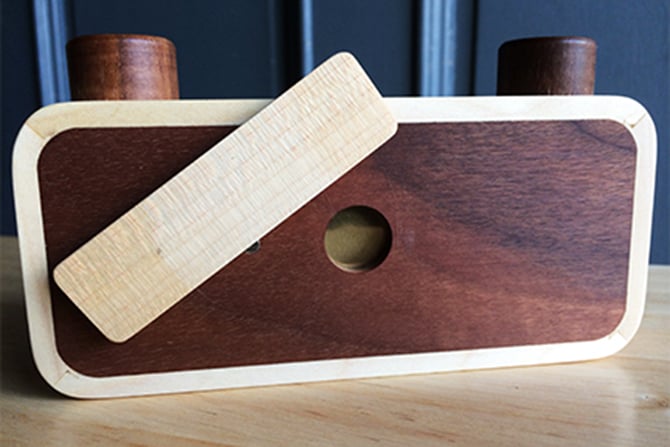 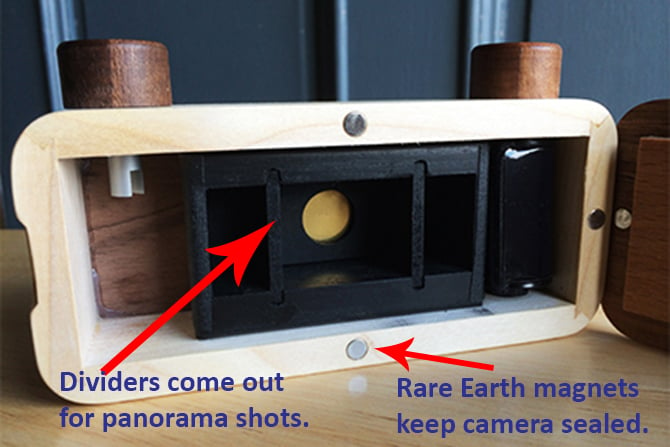 Pinhole photography isn’t as easy at it sounds. It’s easy to get frustrated. There’s no viewfinder. No way to check yourself. No dials. No buttons. No settings. Just a tiny pinhole and a cover. Open the cover at the beginning of the exposure, and close it at the end. Maybe two seconds on a sunny day, or two minutes at sunset. A tripod is essential. Even the slightest movement can be the difference between success and failure. Your first few rolls may come back with no usable images at all. Over time, though, something really cool happens– you start trusting your instincts and learn from the mistakes. The two sample images below were the only usable frames of the entire first test roll. Everything else was either over or underexposed. Percentages like that would obviously frustrate the hell out of me with a regular film camera, but with a pinhole it feels like I won the lottery. 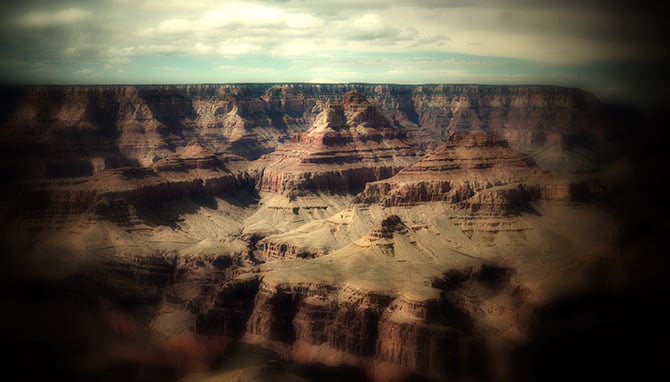 The developers realize this is new territory for a lot of photographers, and have included an exposure guide, but I also strongly suggest learning your way around a light meter (or a good light meter app). This can be a huge help in calculating exposure times. With no shot counter like a traditional film camera, it’s also a good idea for you to keep track of your frames. Rewinding too soon can mean missed opportunities, while advancing the film too far can result is damaging the film before you even have a chance to get it out of the camera.

Obviously, I’m a big fan of this camera. Anything negative that I can say about it has nothing whatsoever to do with the camera itself. As noted, the very nature of pinhole photography requires you to look beyond the hurdles as you strive to create a unique image with a unique camera. How often will I use this camera? Time will tell. But even if it’s only once in a while, I get so much pleasure from just having it on my shelf next to some of the other meaningful cameras in my collection. While it’s getting harder and harder to find local film processing, I still believe that somethings really are worth the effort. Learning to use the 135 Ondu Panoramic Pinhole Camera is definitely one of those things.

Panoramix – A Panoramic Hack Of The Wonderful Dippold Pinhole Camera