I’m always fascinated when I meet a photographer who has never shot a roll of film. Don’t get me wrong. I don’t mean it in a critical way. I’ve fully embraced and invested in digital, just like you. Couldn’t do what I do without it. It’s just interesting to me, though, how so many photographers have never used one of the most basic elements in all of photography. I can’t (and don’t) blame them. It’s timing. The history of photography in general– and the digital age in particular– has come a very long way in a very short time. Cameras get smaller. Sensors get bigger. “iPhonography” is actually a thing. And don’t even get me started on some of the insanely impressive time-lapse photography going on out there. Exciting stuff.

And yet, I miss film. 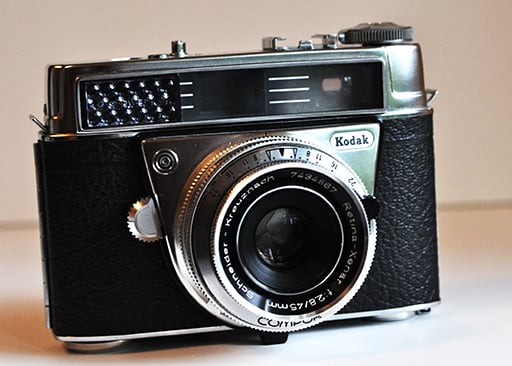 As a child of the ’70s, it didn’t matter if I was running around the neighborhood with a Kodak Pocket Instamatic or learning how to shoot 35mm film on my Dad’s 1961 Kodak Retina. When I was done I was holding the results in my hands. From rewinding the film, to popping it out and taking it to the drug store…from impatiently waiting for the prints and ripping the envelope open, to going through them and picking which to put in the album. It was all a much more tactile experience. I like all of the ones and zeros dancing happily through my computer, but there’s still nothing quite like a print. 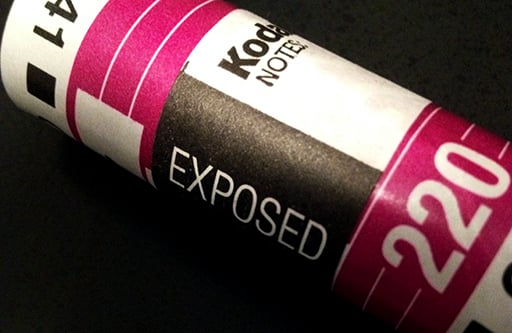 I got to thinking about this the other day while shooting for one of my commercial clients. The publisher is based in Vegas. The art director is in Indiana. The editor (only one of many hats my wife wears around our house) is right here in Atlanta. Within 12 hours of the shoot, everyone had 65 fully edited images in their shared cloud storage. Without a single print anywhere in sight. Again– no complaints. The gear and the technology are awesome and have made so much of what we do so much easier.

But I still miss film.

When I was a kid, my dad had a fully equipped darkroom in our basement. Photography wasn’t his job. It was his hobby. And he was so damn good at it. He couldn’t chimp after every shot. He couldn’t take extra “test shots” until it looked right on the LCD screen. He couldn’t “fix it in Photoshop.” He knew what his Pentax and Leica could do and what they couldn’t. He cropped, dodged and burned with light instead of a mouse. When digital came along, he was so much better prepared to throw himself into it because of his many years with film. We spent hours and hours under the orange glow of darkroom lights, watching as blank sheets of paper were exposed to light and passed through trays of developer, fixer, and water until we were hanging prints to dry. 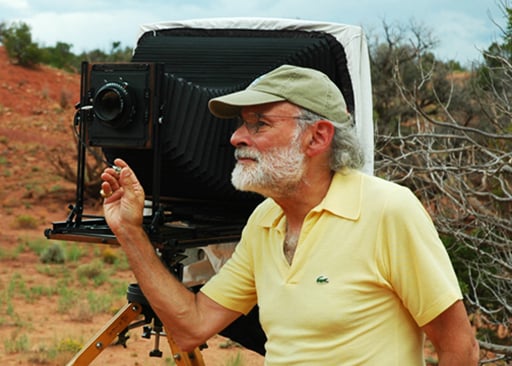 Film photography got more of the senses involved– especially if you were doing your own processing. There was a smell when you popped open a fresh canister of film. The darkroom chemicals had an aroma all their own. You knew that creativity and science were coming together to create something entirely unique. You saw your work come to life on paper. You touched it and held it in your hands when it dried.

It could also be frustrating as hell. Digital brought with it instant gratification. Shot looks bad? Delete it. Are the skin tones too dark or too light? You’ll know pretty much right away if you can save it in Photoshop. Film photography forced us to take our time. You couldn’t rush the process. Sometimes it took hours to find out if you got it right or had to start over.

For a guy in his forties, I know it sounds like I’m some old man drinking lemonade in a rocking chair on the front porch while waxing philosophically and pining away for a simpler time. I’m not. Actually, I just really miss my dad. Fathers and sons don’t always see eye-to-eye and my father and I were certainly no exception. But wherever things stood with us, we seemed to always have photography to help bring us together. Trouble talking about something? Head to the darkroom. After all– once that darkroom door was closed, we were stuck in there for a while. Might as well talk stuff out. 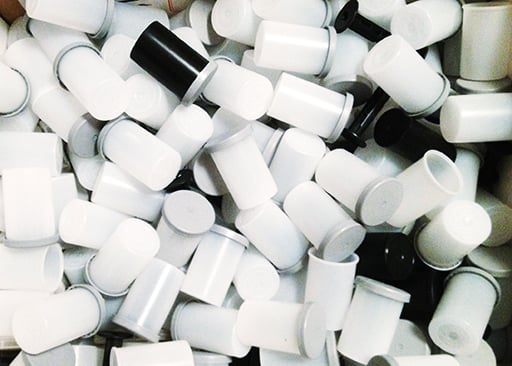 I wrote an article a while back about an exercise I do every year with my kids photography class. For the “Shoot Like It’s Film” challenge, we put gaffer’s tape over all of the LCD’s. Each student then shoots 24 frames and takes their CF/SD card to the drug store for prints. The point of the exercise is to become more comfortable with manual camera settings. To rely more on what they know and less on what the screen says. More getting it right in the camera. Less spraying and praying.

I do think there are huge benefits to be had in digital photography by being proficient with film. I actually still shoot a good amount of film in my personal photography, although my current house can’t accommodate a darkroom. I guess it’s not so much that I miss film itself, but rather the experience that used to go along with shooting film.  Either way, you should get out and shoot a roll.  Or ten.

Relics of Technology Makes Me Miss My Childhood