One of the nice things about releasing a project to the world is the fact that it can tranform, and et enhanced by the community. Here is how humble Paul Eliasberg describes his project: 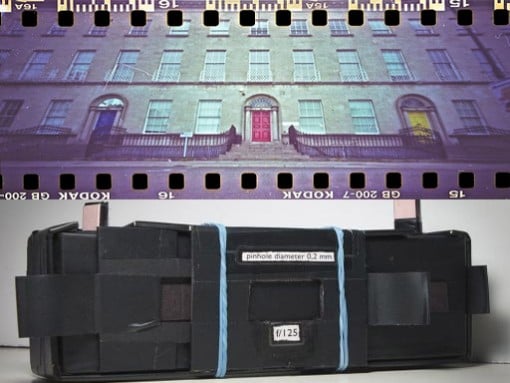 This tutorial is nothing more than showing you my way of putting an extra frame into a standard Dippold pinhole camera. There may be other ways, but this works for me. If you haven’t made a Dippold camera before, please do so first. You can find the template and instructions here.

For the panoramic one, first print out the template 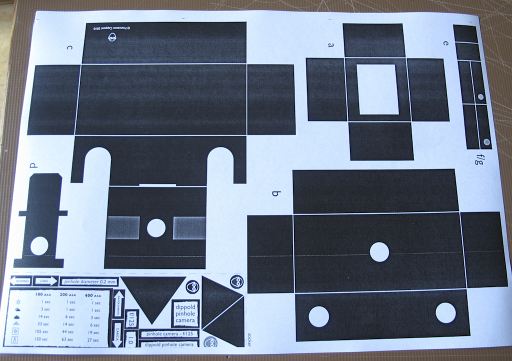 Then, cut out the all the three main parts: the back, the front and the mask: 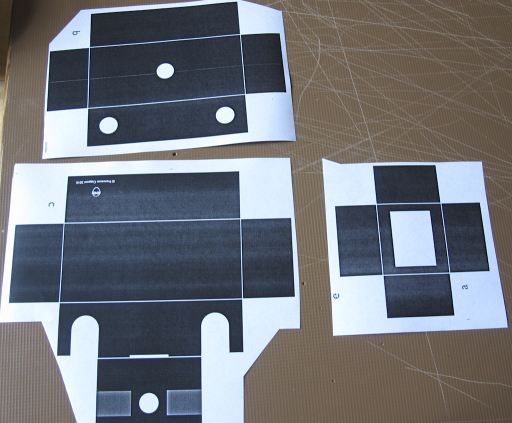 These three parts need to be widened, except for the front cover. Remember, we’re only adjusting the TEMPLATE at the moment; when we’re done, all will be reassembled, stuck onto cardboard and all will be cut out as one piece. So for now, cut off the front cover: 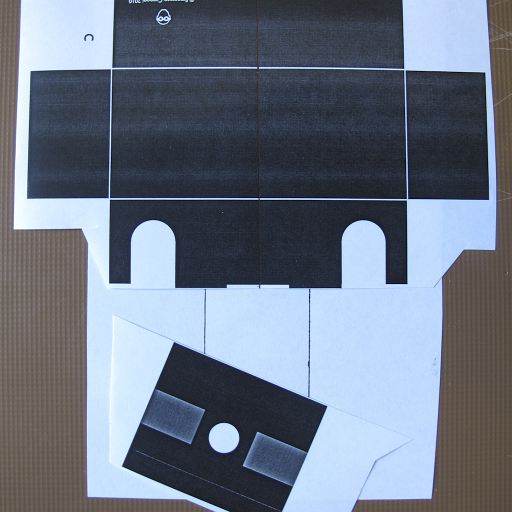 Draw a line at the exact centre of the main body and cut it in half. On a separate sheet of paper, draw two parallel lines 36mm apart (the width of a 35mm frame) and stick both halves back on again using the lines as guides. You can now also reattach the front cove 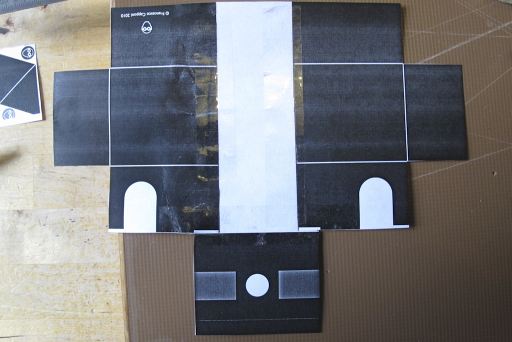 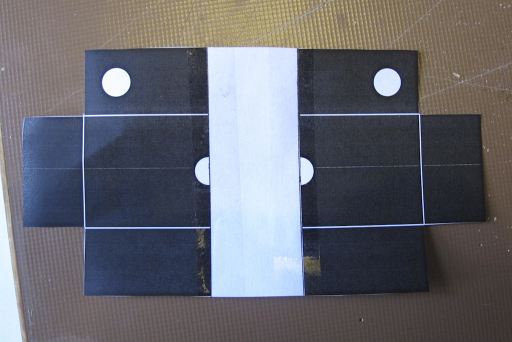 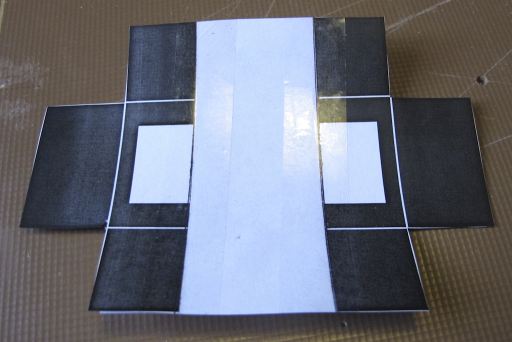 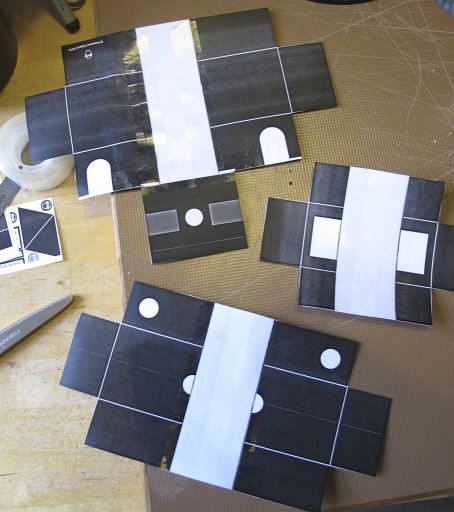 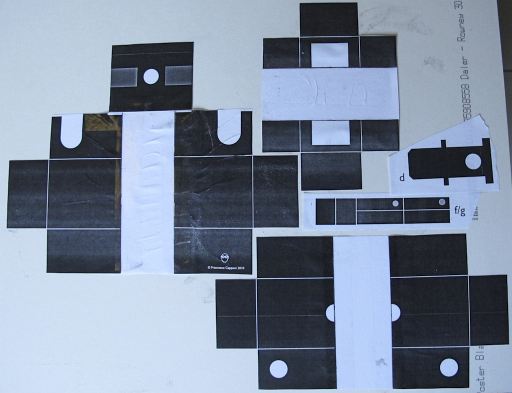 I know, this is white, but… the reverse (the inside) is black!

Cut everything out and remove all the holes. As this is a wide-angle pinhole camera I thought it would be better to make the front hole where the pinhole goes slightly oblong, to prevent vignetting. Don’t know whether it would be strictly necessary, but better safe than sorry. 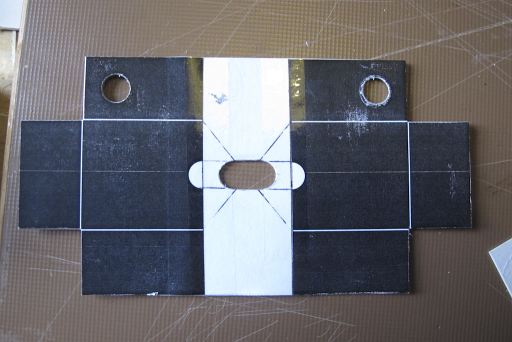 I removed the template from the cardboard trying to keep it nice and tidy, but it turned out I had it glued a bit too securely and removed the top layer of the cardboard. Doesn’t matter, but it’s something to watch out for. 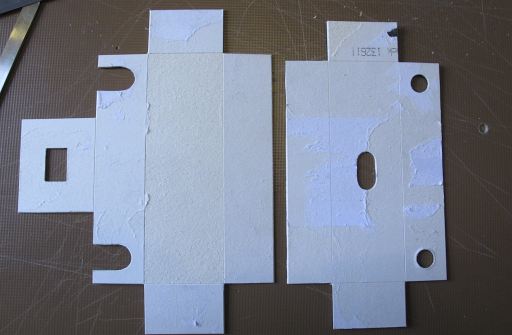 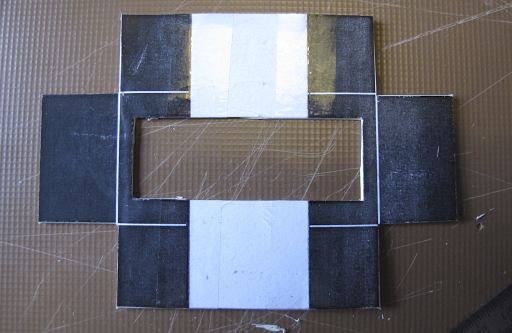 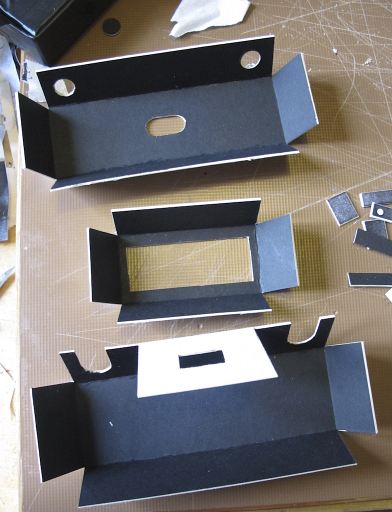 Now, assemble like you do with the normal Dippold. There is one other adjustment I made though: I changed the movement of the shutter from vertical to horizontal 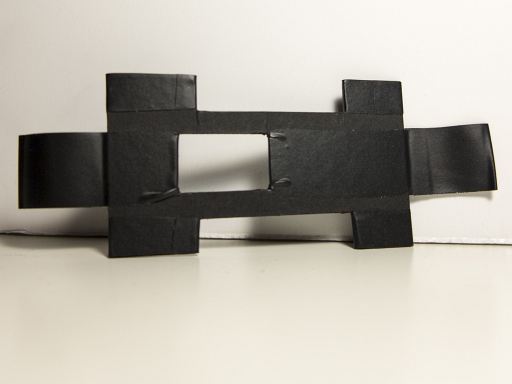 Glue two bits of cardboard above and below the window. Cut out something similar to below, making it to fit the above flap. Attach a bit of tape to both ends 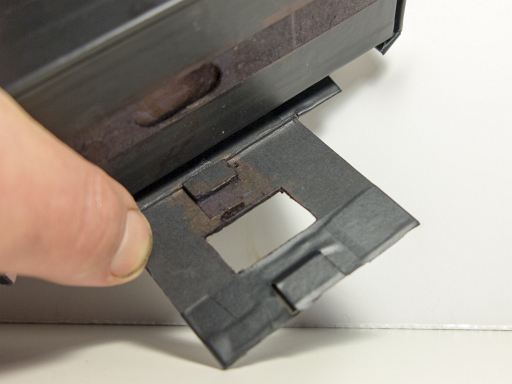 And you’re done! The shutter construction will feel a bit wobbly when you’re putting it all together, but the two rubber bands make it all come together. 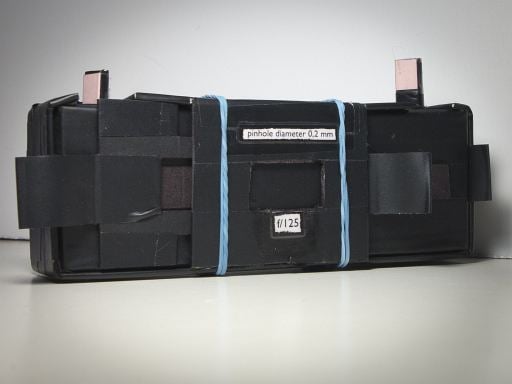 Here are some of the photographs captured with the Panoramix 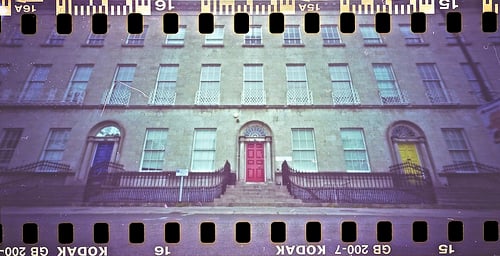 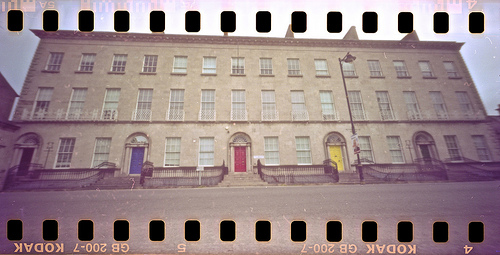 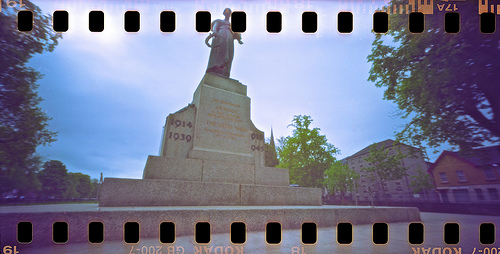 Paul Eliasberg Freelance web developer, graphic designer and photographer based in Armagh, Ireland. You can see his portfolio on his site, and follow his flickr here.