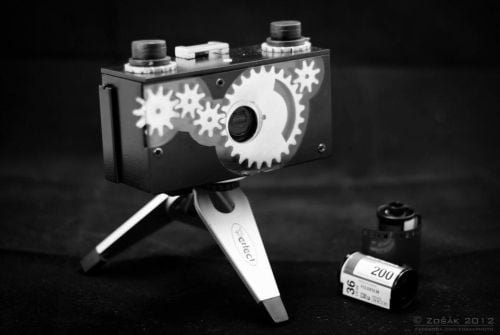 Photographer Matus Zosak was inspired by the 35mm panoramic pinhole camera tutorial we featured way back so he built one of his own. His pinhole, however, came to life using stop motion animation. It is right after the jump.

Actually, Zosak also documented the build process in a time-lapse which provides a window to how a paper camera like this comes to be.

And here are the time lapse movies that show how the camera was built. Wouldn’t it be cool if the plans were made to a kit?

You can see pictures of and by the camera on Matus’s Facebook gallery.

Panoramix – A Panoramic Hack Of The Wonderful Dippold Pinhole Camera