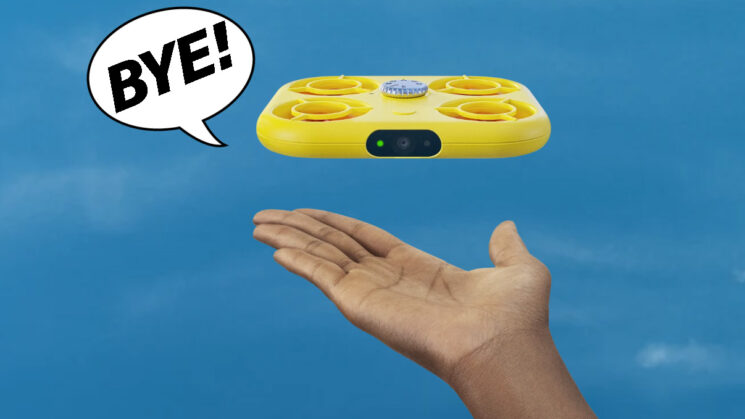 Snapchat owner Snap Inc. released its first, and likely the last, selfie drone earlier this year. Only four months after it took off the ground, Pixy drone is ready to land – straight into the trash can. According to reports, Snap is ditching any further development of its tiny selfie drone. In fact, it may already be sold out… Forever.

The report comes from a “person familiar with the matter” who spoke to The Wall Street Journal about Pixy. According to them, Snap’s CEO Evan Spiegel recently decided that the tiny drone’s further development will be halted. He reportedly notified the staff during a Q&A, claiming that it was a “part of broader reprioritization of company resources.”

Judging from the reviews I watched online, users who bought Pixy don’t seem too happy with it. What most of them say basically is that it’s an okay toy, but not worth the $250 price. The most complaints are about battery life and the wind – as even the breeze makes the drone get wobbly and record shaky footage.

But despite the not-so-stellar specs, it looks like Pixy has been sold out at launch. At the moment of writing this, you can’t order it from Snap’s website, you can only choose to “get notified” when a new batch is out. But according to WSJ’s report – that actually won’t happen. Pixy’s first flight was shorter than the one of brothers Wright.

Rumor: Snap working on AR glasses and a selfie drone

« NASA’s “Man on the Moon” is the most famous photo of all time
The new and bright Godox GM6S 4K 5.5″ on-camera field monitor offers touchscreen camera control »