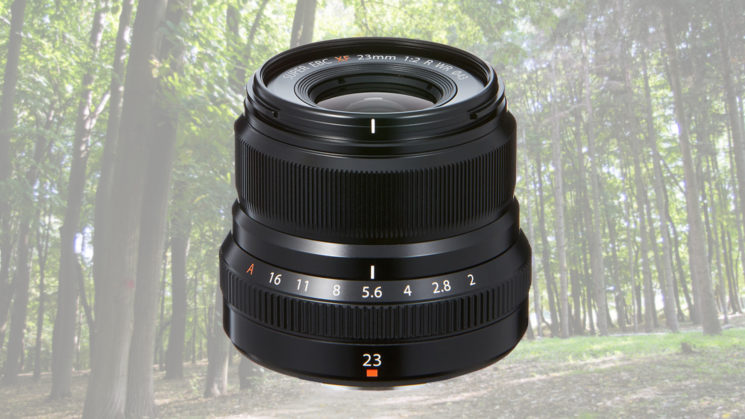 It looks like Fujifilm takes weather sealing of its lenses very seriously. Steve Boykin of 35mmc recently lost a Fuji XF 23mm f/2 lens during a hike in the wilderness, firmly believing that he’d never find it. However, he did find it four months later, which is pretty incredible on its own. But what’s even more unbelievable that the lens is almost intact and it still works perfectly fine!

Steve writes that he had looked in the area before, but wasn’t able to find the lens he’d lost. As a matter of fact, he must have walked past it 30 or 40 times over the past few months, he explains. But when he was in the same place a few days ago, he just happened to look down – and it was there, only a few inches from his foot.

The lens had seen all the weather conditions over the past few months. Steve explains that there was first a lot of rain in June until mid-July. “Then it was like an oven outside from mid-July until last week,” he adds. The temperatures went up to 100 ˚ F (around 38˚ C). “Then suddenly on Wednesday night the temperature dropped. It was actually in the 30’s yesterday when I found it,” Steve says. And as if that weren’t enough, there were also heavy thunderstorms Thursday night through Friday morning.

Would you expect a lens to work after surviving all that while outside? I know I wouldn’t, and Steve didn’t either. However, he mounted it onto his Fuji X-Pro just in case, and it turned out that the lens was in almost perfect condition: the glass of the lens was intact on both sides. “The front element was protected by the B+W filter on it – it was really hard to get off though,” Steve explains. “The filter cleaned up nicely but had a bunch of water spots on it. The rear element was protected by the cap so is perfect too,” he adds.

The only change is a slight discoloration on one side on the barrel. Since it’s the widest part of the lens, Steve assumes that it was touching the ground. Other than that, even the paint is still on the lens. What’s more, the lens is also still fully operational. The autofocus is “like nothing ever happened,” and the aperture and focus ring still turn smoothly.

I must say that I find cases like this impressive. Okay, the glass elements were somewhat protected, but I’m still surprised that they were intact. However, I’m even more surprised that the electronics and the aperture and focus rings survived all the harsh conditions they were exposed to. I’m not sure if all Fuji lenses are weather-sealed to this extreme, but I guess that you don’t need to worry if they get splashed by some rain.

« Olympus announces the OM-D E-M5 Mark III with up to 6.5 stops of stabilisation and IPX1 waterproof rating
NFL player knocks down a photographer, messages her later to see if she’s okay »