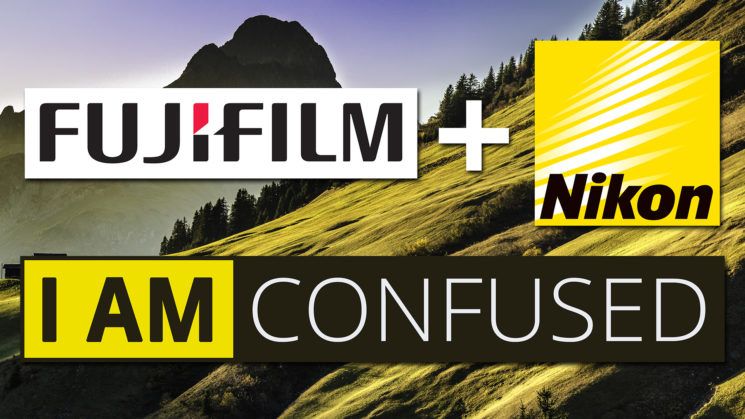 This is an odd and unexpected bit of potential news. I say potential because at the moment it’s mostly a rumour. But it’s quite an interesting thought. Nikon has been struggling, there’s no two ways about it. In Nikon’s own financial report they cite an “extraordinary loss” of around 53 billion yen (~$485 million). This resulted in 1,000 job cuts and completely dropping the newly planned line of DL cameras.

The respected Sentaku magazine reports in its June issue that the Japanese government is trying to find a company that can help Nikon. But that’s where the story starts to get a little confusing. The June issue is not available online. Fuji Rumors continue the story based off a Japanese blog relaying the point of the article.

The Google translation of that blog post is a little… Well, it’s Google translate, so it’s not very good (Note : Sentaku becomes “Selection” in the translation). It’s possible that it’s a misinterpretation, but it suggests that Fujifilm is being asked to buy a stake in Nikon. The speculation is that it is an attempt prevent Nikon from falling into the hands of an overseas investor from China, South Korea or Taiwan.

Fuji Rumors doesn’t believe this would be a complete acquisition, simply a percentage stake in the Nikon company. This wouldn’t be without precedent. Sony bought a stake in Olympus a few years ago when they were struggling, too.

Nikon Rumors are, naturally, sceptical of the information, given how it seems to have come out. They note similar rumours about Samsung and Sony which also weren’t true. They also know that the penalties for leaking information like this can be severe.

But an update from Sentaku “confirms” that the rumour is correct. There’s only an excerpt available on the website if you don’t have a subscription.

And that’s where the excerpt ends. If you have access to the complete article, please let us know in the comments.

It’s likely that if such an investment from Fuji were to happen, not much would change for consumers. Both the Nikon and Fuji brands are too big to try to assimilate one into the other. So, it’s unlikely that we’ll start seeing X-Trans sensors in Nikon bodies, or Fuji going back to producing DSLRs.

Although, Nikon and Fuji have cooperated on equipment before. Fuji’s line of DSLRs had Nikon mounts and were based around Nikon F80 & D200 bodies. And while the chances are slim, we might finally see Nikon produce a decent mirrorless with some Fuji assistance. Ok, maybe not, but we can always hope.

Despite the “confirmation” post from Sentaku, I’d still not put much stock into it just yet. Neither company have made an official statement either confirming or denying the suggestion. They may not do for some time, depending on where they may be in negotiations. And that’s only if there are any happening.

If it’s not true, though, I would bet that one or both companies would issue a statement declaring so very quickly.