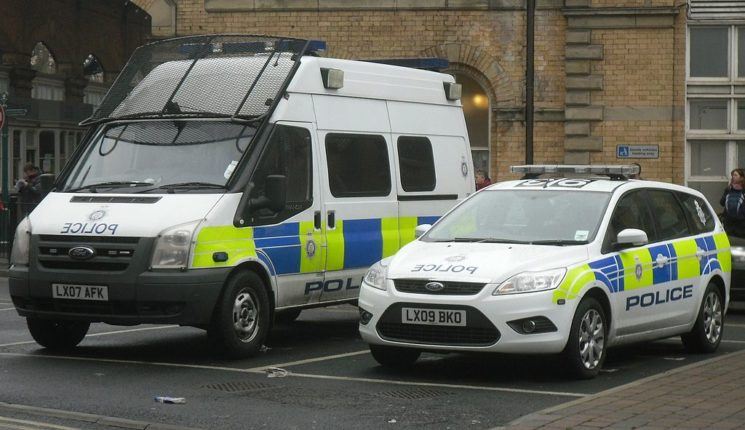 The South Wales Police confirmed this Tuesday that they’ve arrested a man thanks to the automatic facial recognition technology (AFR). As they confirmed to Ars Technica, this was the first time AFR was used to perform an arrest, although it has been used for a while by the UK police forces.

The officers used a camera-equipped surveillance van to scan the passers-by. The AFR recognized the face of a man from the police’s database, which led to the arrest.

As Ars Technica reports, the initial intention of the police was to set up the van with AFR and scan faces in the crowds “at strategic locations in and around the city center.” They planned to do it ahead of the UEFA Champions League final, played at the Millennium Stadium in Cardiff on June 3. However, the arrest came a few days earlier, on May 31. As the spokesperson for the South Wales Police told Ars Technica, “it was a local man and unconnected to the Champions League.”

At the moment, there are no further details on the arrest itself, probably because the case is still ongoing. However, the spokesperson Police confirmed to Ars Technica that there was a warrant for the man’s arrest.

Although this is the first arrest UK police performed with the assistance of AFR, there was a similar case in Chicago in 2014. They’ve used a different method, but the same technology to put an armed robber into jail.

We’ve seen some other cases when facial recognition proved to be useful, such as finding the long lost family. I certainly see it as useful in catching the criminals (as long as the technology is accurate enough). However, there are some potential issues with this approach. First, it can only detect criminals whose face is in the database. Although, I must admit it’s still better than nothing. There’s also an issue of privacy, which probably concerns many of us. We’re already recorded at every corner, and privacy is something we lose more and more practically on daily basis. Even if you didn’t do anything wrong and your face isn’t in the database of criminals, it’s unpleasant to know that you can be recorded anywhere, anytime.

While it’s definitely a good thing policemen used AFR technology to arrest a criminal, I still kinda have mixed feelings about it. What about you? Do you support it or feel uncomfortable because it’s hindering your privacy?