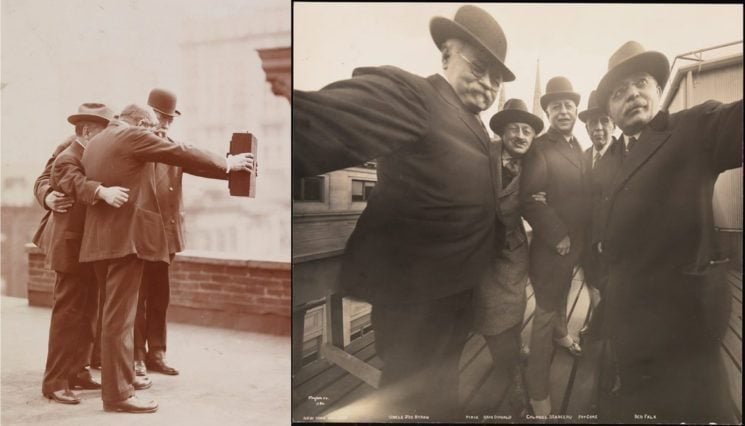 The selfie is a social phenomenon that probably won’t go away anytime soon. While many of us will recall the days before the Internet, and without selfies plastered over social media, was there ever a time without a selfie? The BuzzFeed crew decided to research it, and they shared their findings in this humorous video.

Before we begin, we should probably establish the difference between a self-portrait and a selfie. Self-portraits have existed in painting way before cameras were invented. According to Cambridge Online Dictionary, a self-portrait is “a picture, photograph, or piece of writing that you make of or about yourself.” The same dictionary defines a selfie as “a photograph that you take of yourself, usually with a mobile phone. Selfies are often published using social media.” Now, these definitions can intertwine: you can post a self-portrait on a social media, or take it with a cell phone. Or you can take a selfie with a high-end camera. I wrote about these differences here, so you can go more into depth if you like.

Who invented the selfie?

What we want to find out today is who has invented the selfie as we know it. Paris Hilton claims it was her and Britney Spears in 2006:

11 years ago today, Me & Britney invented the selfie! pic.twitter.com/1byOU5Gp8J

As you can imagine, she got some hilarious comments on this tweet, and this is my favorite:

BuzzFeed’s journalist Sarah did some research, trying to find out who really invented the selfie. Of course, Paris Hilton neither invented the selfie nor coined the term. Even I took photos of myself with a 35mm toy camera around 1999.
Anyway, the first documented use of the word “selfie” was in 2002, on a forum. But it’s interesting how the “spirit” of selfie seems to have been around way before digital cameras and social media.

The “spirit” of selfie in paintings

Nowadays, people use filters to enhance their selfies. But it seems that even 15th-century painters depicted themselves as more beautiful than they were. Sarah gives an example of Albrecht Dürer, who allegedly painted his hair so it looked more beautiful than in real life. However, despite beautifying the reality, we can’t refer to paintings as selfies. According to the definition, a selfie is “a photograph of oneself,” so it must involve a camera.

So, who really invented the selfie?

According to some sources, Robert Cornelius took the oldest known photographic portrait – and it was a self-portrait. It was in 1839, and he had to sit still for 10-15 minutes. But there’s another “selfie” that looks a lot more like those we know today. Photographer Joseph Byron took one in 1909, and another one with a group of friends in 1920. With his hands in the frame, it looks a lot more like something we’d see on Instagram today. 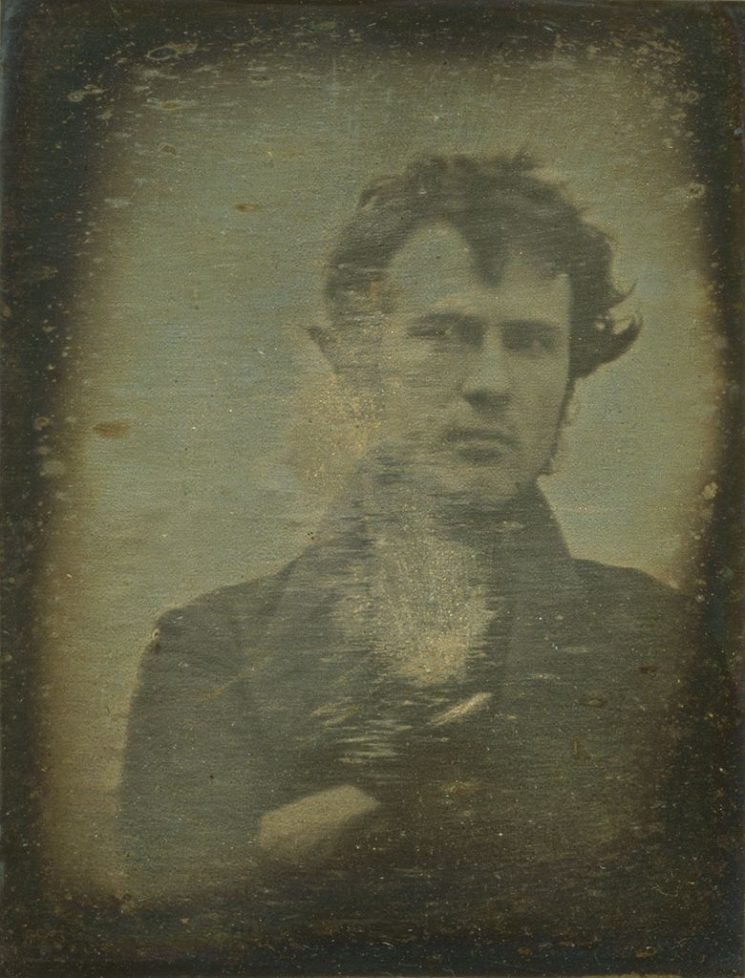 However, it may not be one specific person who invented the selfie. The tendency to depict ourselves as more beautiful than we actually are dates to way before cameras even existed. According to Sarah, the narcissistic nature of humans is what invented the selfie, so in a way: we all invented it. Sure, there must be one person who was the first to take a photo of themselves with a camera. But narcissism, the tendency to show ourselves as more beautiful than we are, and seeking affirmation from others have all existed long before cameras.

When digital photography, the internet, and social media became more available it reinforced our nature, making selfies a more widespread phenomenon. A phenomenon so widespread, in fact, that it can even be classified as a mental disorder when it becomes too extreme.

[Who Invented The Selfie? via FStoppers]

The World’s first digital camera, introduced by the man who invented it