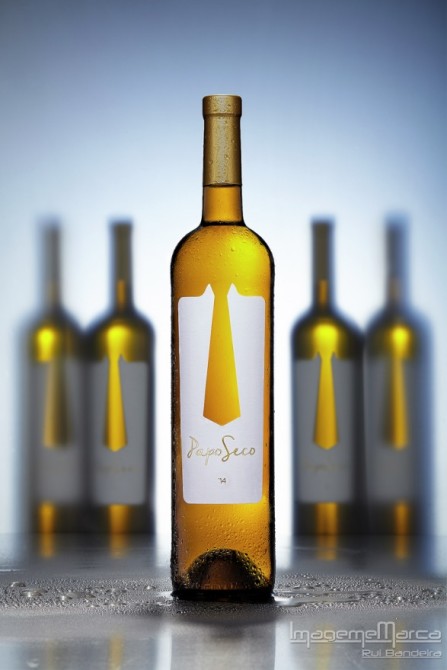 Here it is a short description of the process for creating the image of the bottle “Papo Seco” to Pinto & Raposo.

In the beginning I was thinking on using only one bottle…but as I had 5 bottles available I decided to try to use them all.

This was the image: 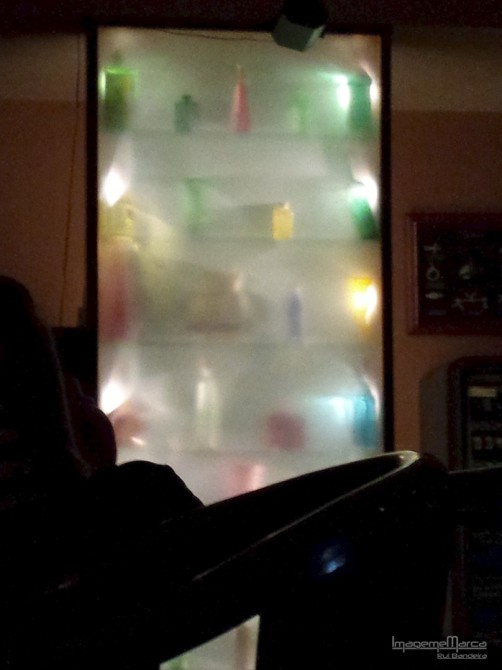 This image was made one night on a local pub… I was there with some friends and while we were waiting for a table I saw what seemed to be the back of a glass cabinet that was full of bottles, and I just loved the effect, so I took a pic with my phone with the intention of using it one day in one shot…

…this was the day

This is the proof that we can find inspiration everywhere anytime.

So now that I had the idea I just need to start building it. I had the matte glass from an old desk, so using the backdrop tripod I mounted it in place 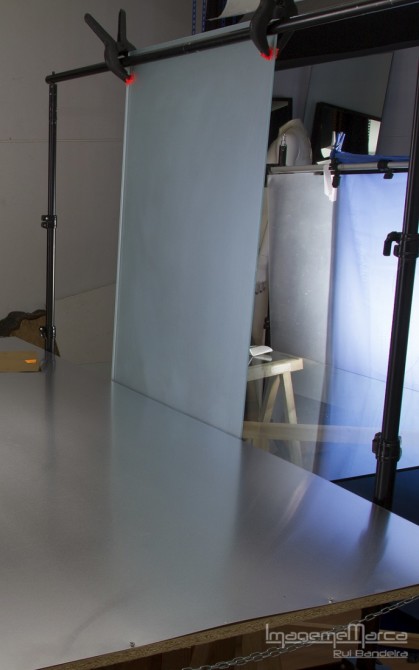 I knew I had to back light it, but I also wanted to give some color to the background…blue was my first option because to me, blue is fresh… to do that I used a flash with a panel on the back and I used some matte plastic to give it some diffusion, for the blue I used some gels, but wasn’t happy with the results, so I decided to try some blue curtain, and just loved it. 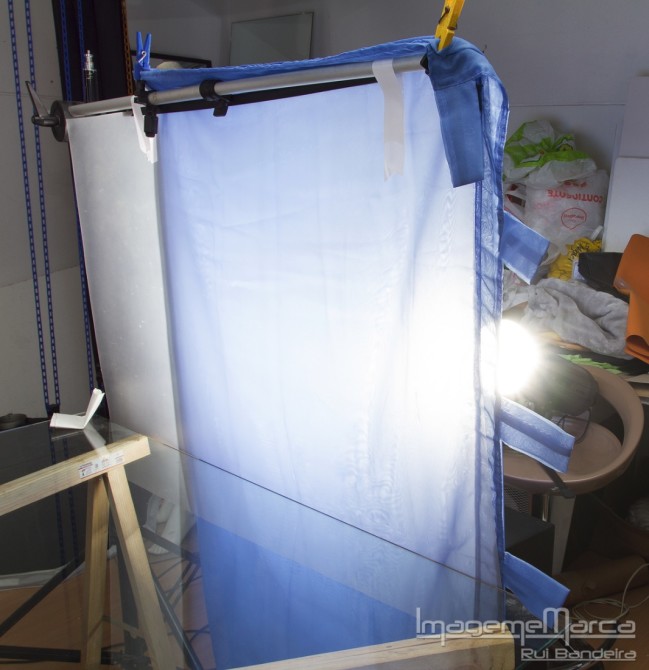 Now it was time to take care of the bottles.
I started by removing the back labels from all the bottles using a knife and some alcohol, then I cleaned them all and started to select the best one to be on front

The bottle on the front would have some water drops.
To do that I used a mix of water and glycerin and sprayed it on the glass.

I started to look for the best placement for the bottles. The back bottles – I didn’t wand them all at the same distance, so I decided to have two bottles in the middle close to the glass and two bottles on the outside, away from the glass to make it more interesting.

After checking they were all in place I’ve spayed some water on the base of the front bottle. 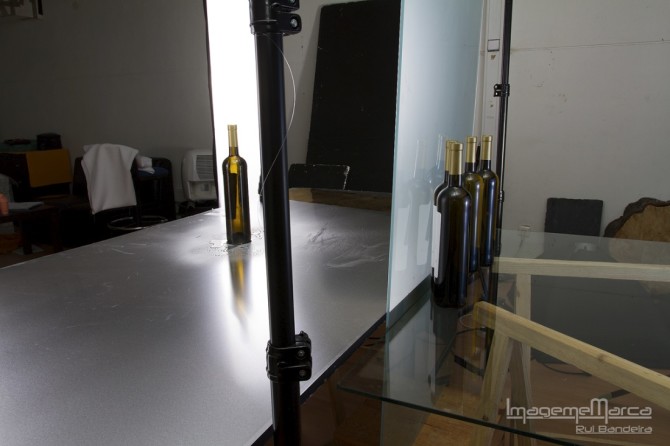 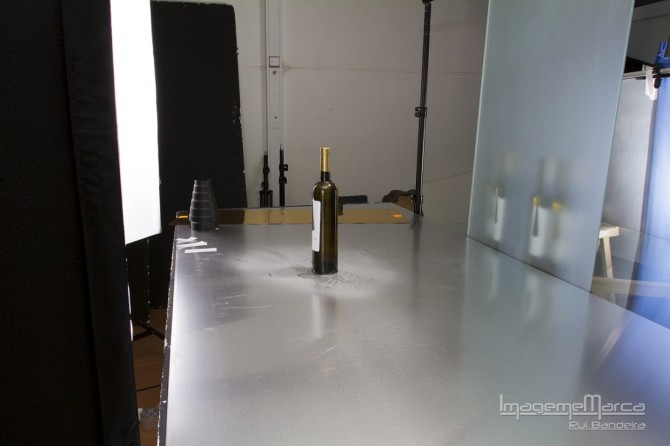 Now I had to light the front bottle.

The first light was the overhead light, that one had a panel with a grid to give some light to the top of the bottle and also some light on the water on the bottom of the bottle… 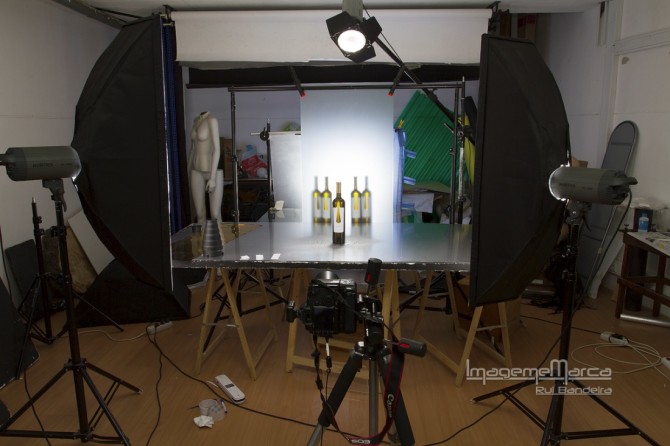 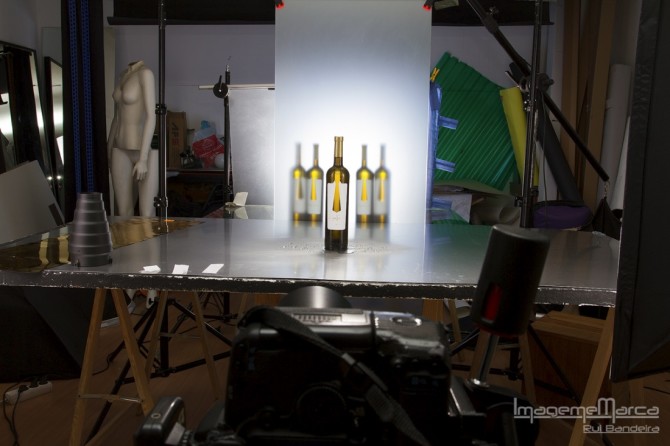 That was ok for the base image, but it wasn’t finished yet… 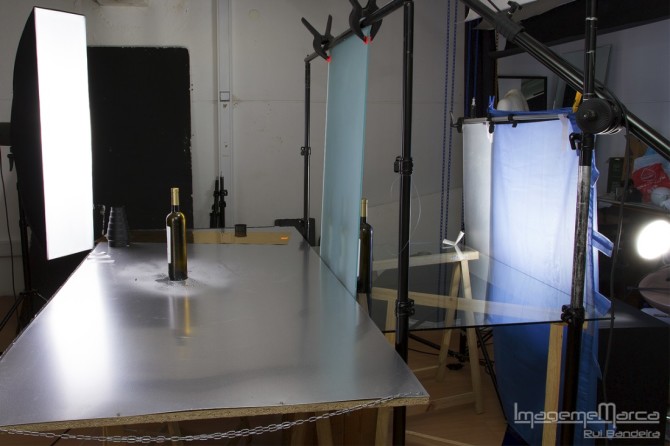 I made the first image with the backlight, the stirpboxes and the overhead.

This was my base image… 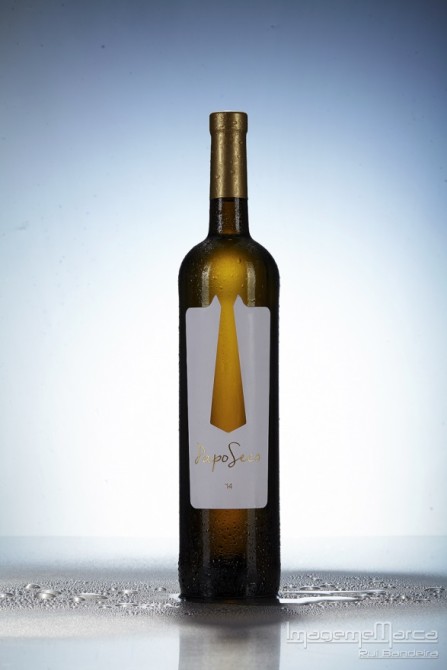 I needed some more light on the lettering of the label. So I used some white card…and my beautiful hand :-) 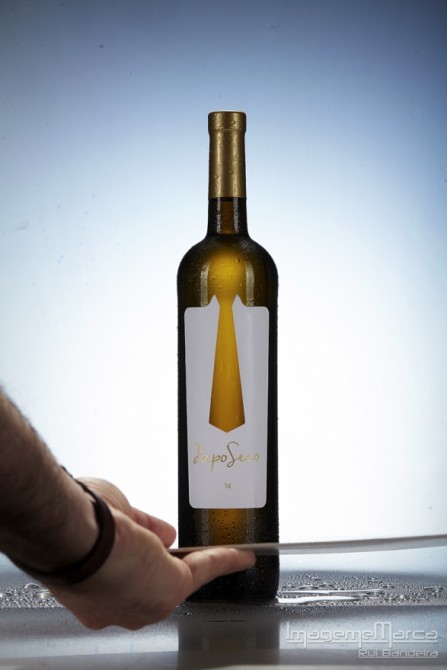 After getting all the images for the label I started shooting the interior of the bottle, also using the white card. 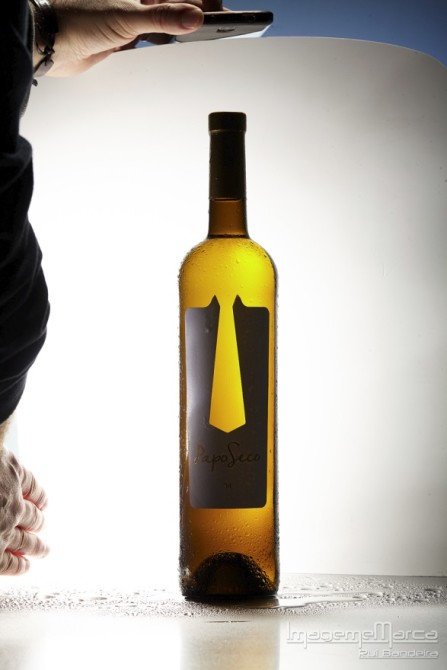 I removed one of the stirpboxes and changed it for a panel and moved it closer to the bottle pointing to the card.

I made several images for the interior of the bottle until I was convinced that I had all the images that I needed to compose them.

Them the final image was the one for the back bottles.
I just put them back in place and made the final shot

Now I had all that I needed to go to photoshop and compose it all into one image. 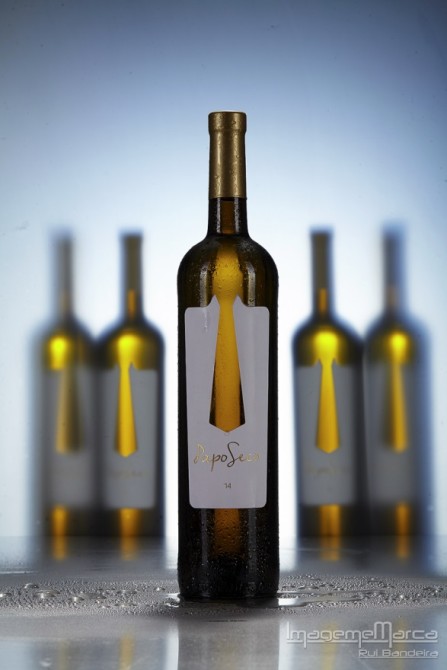 Rui Bandeira is a photographer based in Porto, Portugal. His Studio Specializes in Product Photography, Corporate, Concert & Event Photography, Promo Shots and Fashion Photography. You can see more of his work on his website, Behance profile and 500px.