If you ever played portal you know how enchanting this game can be. For those of you that are unfamiliar with the game, it is kind of a hybrid between a 3D shooter and a puzzle game, where the hero (you) can create small portals pairs which are linked and skip from one portal to the other. 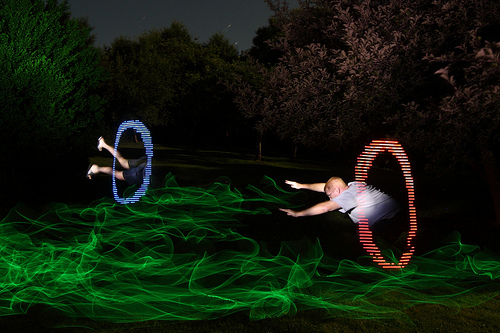 The pictures was created over a 357 second exposure using a Rokinon 14mm 2.8  manual lens. Interestingly, to properly expose both the trees and the portals, Jeremy changed the aperture mid-exposure, which you can do with non-computerized lenses.

If you wanna get an idea of what portal is there is a short film by Dan Trachtenberg explaining the world of the movie.

9 steps to create a magic portal with photoshop