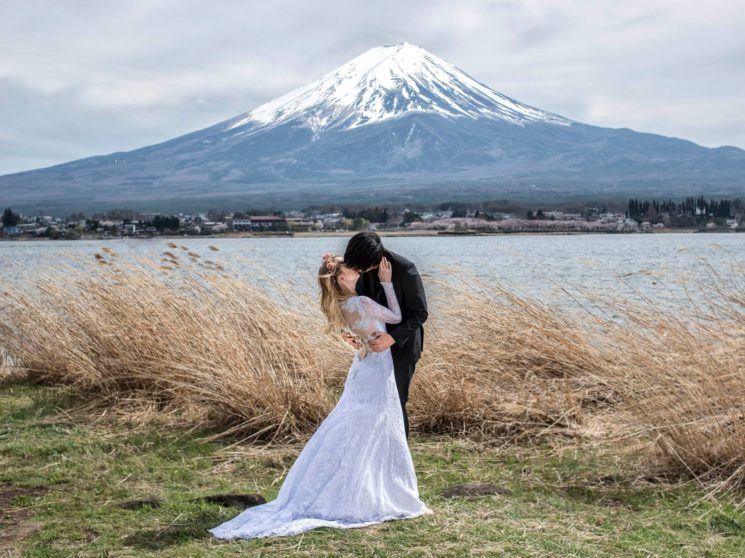 You might remember Keow for similar shenanigans when he proposed to his now-wife Marta. Since that time, the couple have travelled to eleven countries to recreate their first kiss. England, Italy, Indonesia and Japan contain just some of the locations the couple visited. And while the idea itself is rather special, what makes this even cooler is that Keow shot each of these photographs himself.

Keow says that the tricky part is carrying everything to each location. There’s the camera, which includes a Nikon D800, lenses, tripod, Onsmo X1 Pro (rebranded Godox AD600) strobe, softbox, and stands, as well as the wedding dress. There’s also the challenge of Marta having to do her own makeup on location. And sometimes that location is at the top of a mountain in freezing temperatures. 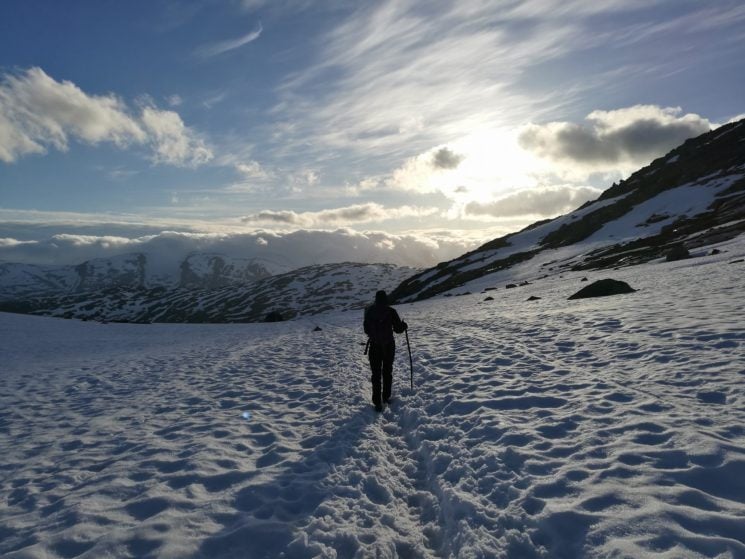 The above image, for example, shows part of an 11 hour climb on icy mountains to reach one particular spot. I think we can all agree, however, that the view they found at the end was worth it. 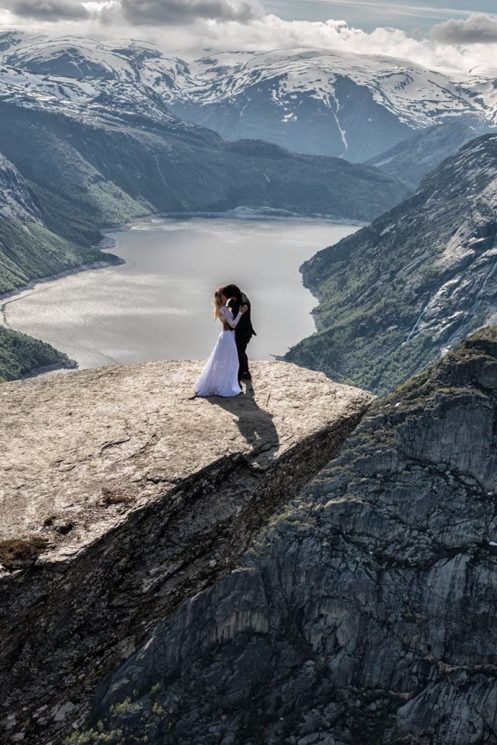 It’s quite the amount of effort to make. But when it’s for the one you love, it’s definitely worth it. Keow says that he always thought Mount Tabur in Malaysia would be a great place for a wedding photo. So, off they went to make one. 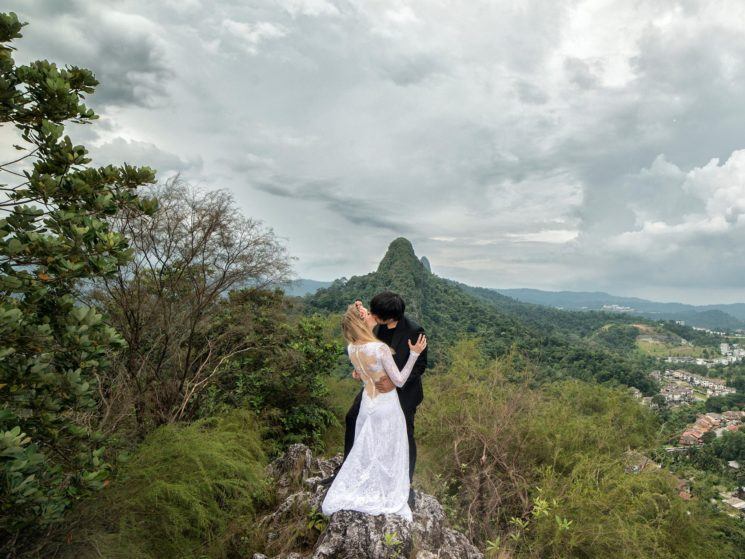 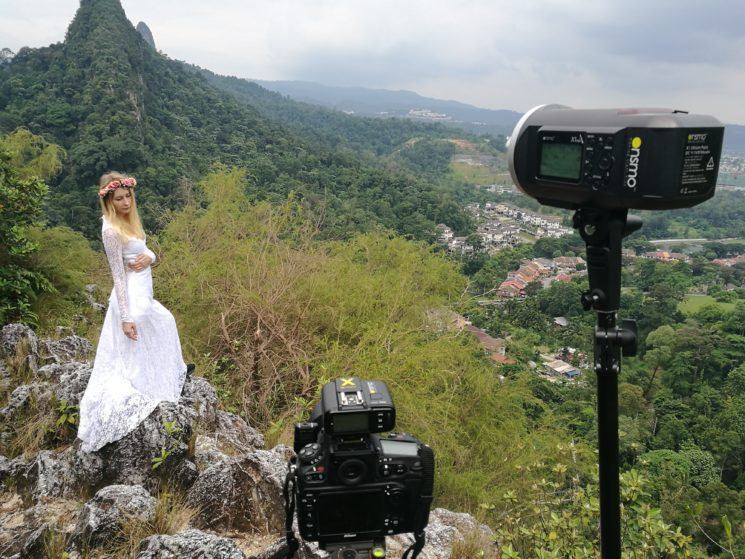 Not all of their locations required such stamina to reach, though. Iconic backgrounds included such world famous landmarks as London’s Westminster Bridge. Given the lack of people, and the fact that the streetlights are on, this was shot at 4:47am, and not pm. 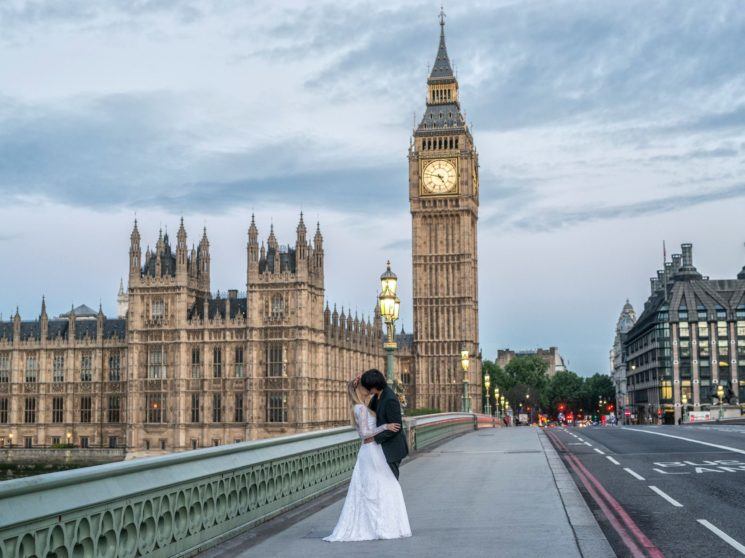 To be ready to get the shot at that time, requires a very early start. Keow sent DIYP a behind the scenes photo of the above shot to show how everything was set up. 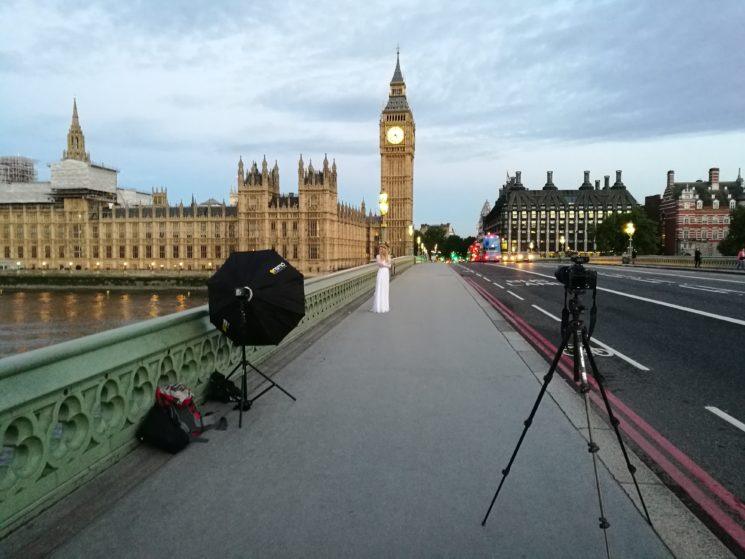 When one attempts to photograph themselves, there’s several ways to potentially fire the camera. You can use the self timer and try to beat the countdown. Or you can set your camera to shoot timelapse, creating a new frame every few seconds. Or you can use a simple wireless remote trigger to time it perfectly. Keow went with the Nikon WR-10 wireless trigger system. 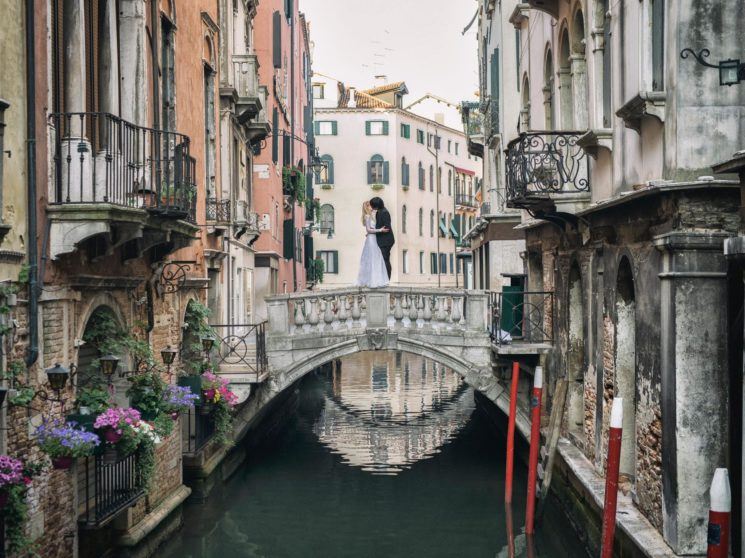 These kinds of crazy location shoots are par for the course for Keow. They’re the same types of images he creates for his own clients. Of course, he’s actually holding the camera on those occasions. It makes sense, then, that he’d want similar photographs for himself. 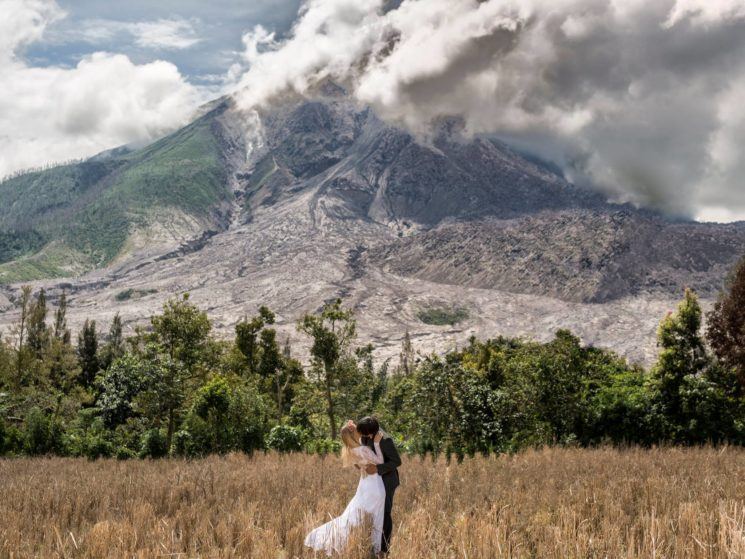 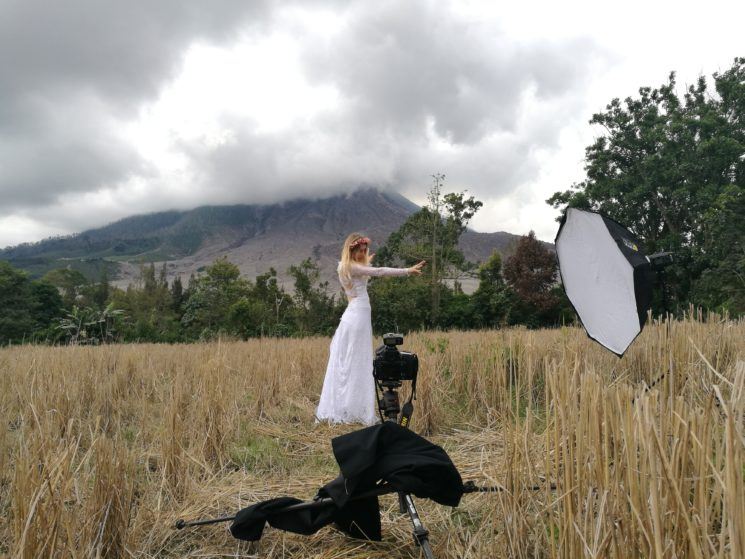 Creating the photographs himself saved him thousands of dollars. After all, he didn’t have to hire photographers in various countries around the world. And when you’re capable of producing the images yourself, why wouldn’t you?

You can see all of the images, and find out more about each on Keow’s gallery on Facebook. I hope the couple continue this series. It’d be great to see where else their love can take them.