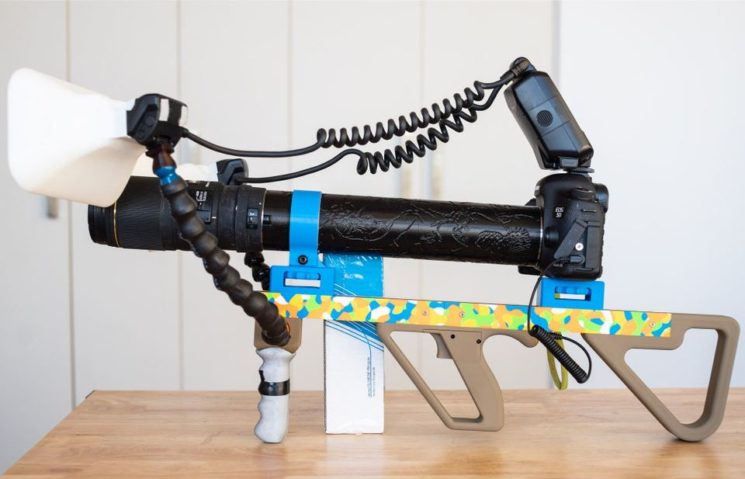 A few months ago, photographer Nick Sherlock shared with us his epic 3D printed 300mm long extension tube. Then he needed something to hold this beast and provide him with more stability, and he once again put his 3D printer to work. Inspired by the legendary Zenit Fotosniper, Nick designed and printed his own rifle-style grip. It doesn’t only look cool, but it gives him way more stability when using his macro setup.

Nick previously created the 3D printed extension tube to push his macro to 5:1 magnification. With the 300mm long tube and a Sigma 180mm f/3.5 macro lens, this turned out to be quite a bulky setup. The assembly is 500mm long in total, and almost all of the weight is located right at the lens end. “I found that my left hand had to carry most of the load, and my right hand was just operating the camera and doing little else,” Nick explained in a Reddit post.

So, he came up with an idea. As I mentioned, he was inspired by Zenit Fotosniper, which can be a handy solution for this problem. However, Nick wanted something that would fit his unique, DIY setup. It was also necessary for the grip to be fully customizable, but the Fotosniper is built for specific lenses and camera bodies.

This is why Nick decided to make his own rifle-style grip. It’s 3D printed, designed especially for his setup, and it even looks cool. There are two microswitches in the trigger assembly. They support a two-stage half-press and full-press action for the camera’s shutter release.

“With my design, my right hand can now take up its fair share of the weight load. That combined with being able to brace the setup against my shoulder using the stock reduces camera shake and makes it easier to keep my tiny subjects in the frame. I’m seeing a definite increase in both the percentage of keepers I’m coming home with, and how long I can keep shooting before my arm feels like it’s going to fall off.” 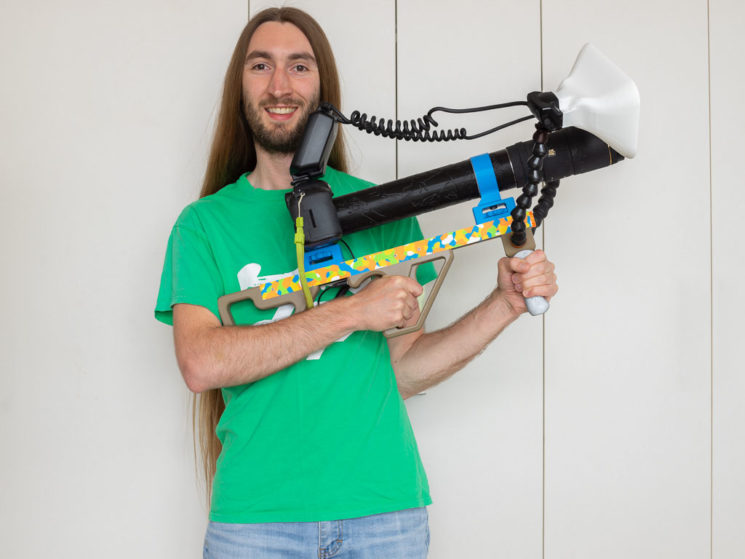 Nick has posted his design to Thingiverse if you’re willing to try it out for yourself. He advises everyone to make the grip look as little as possible like a gun, and consider a bright-orange filament for the tip mandatory. He was kind enough to share a few more photos of his DIY “photo sniper” with us, as well as a few photos he made with his setup mounted onto it. Check them out below, and make sure to follow Nick’s work on his website. 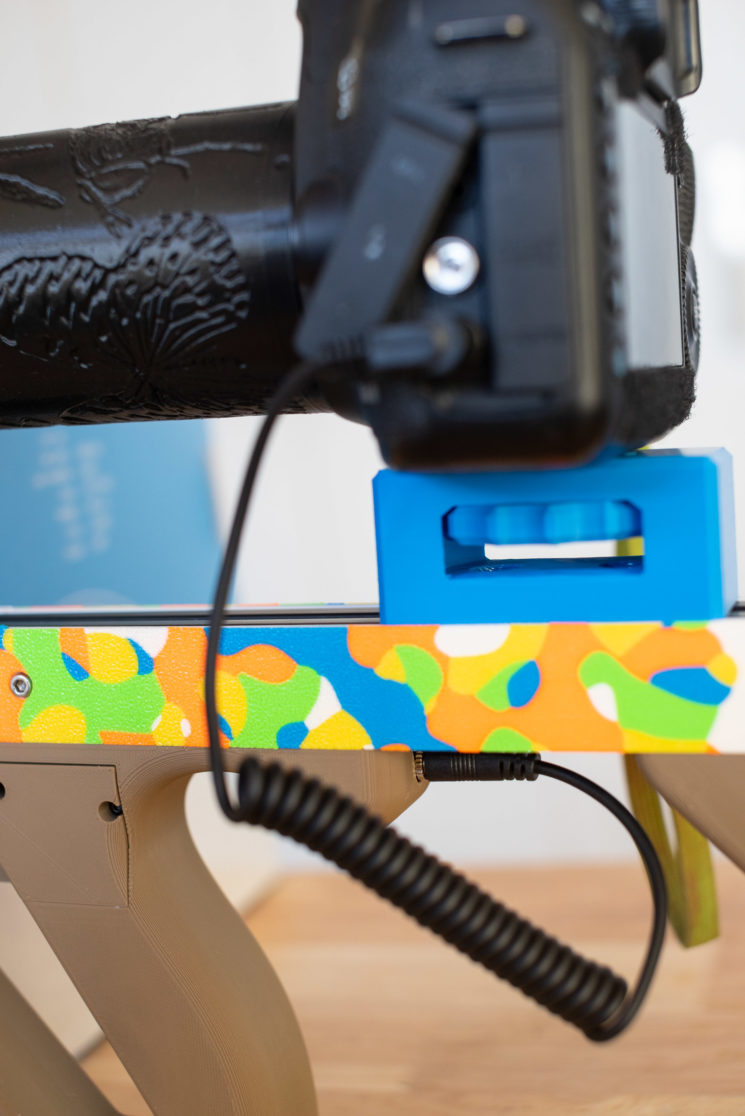 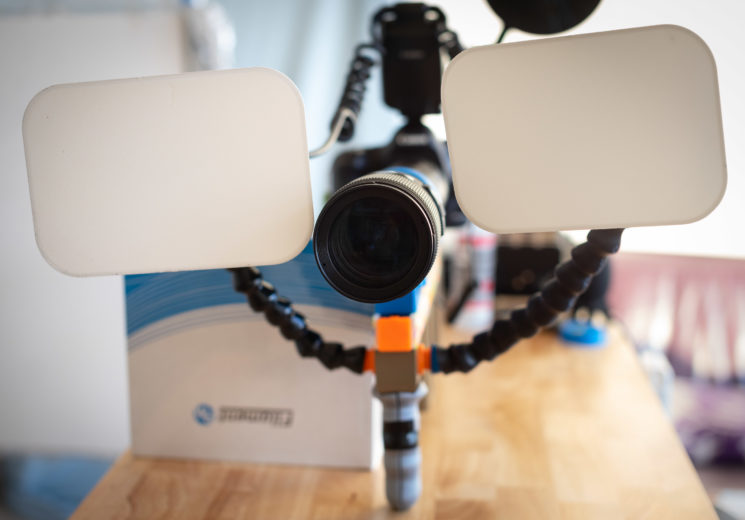 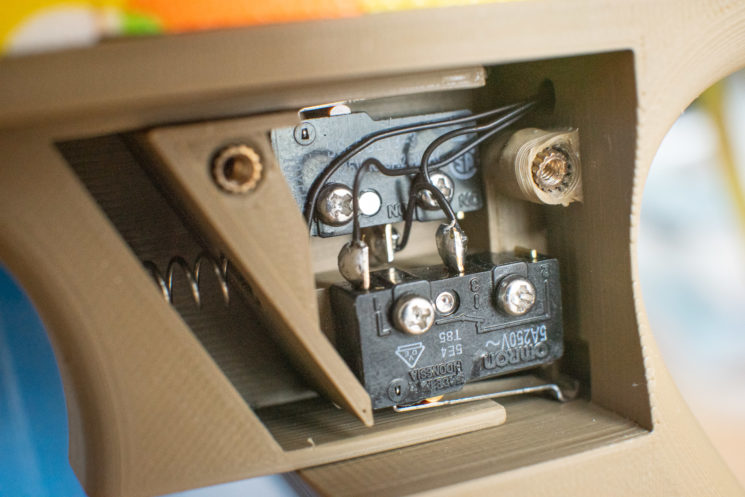 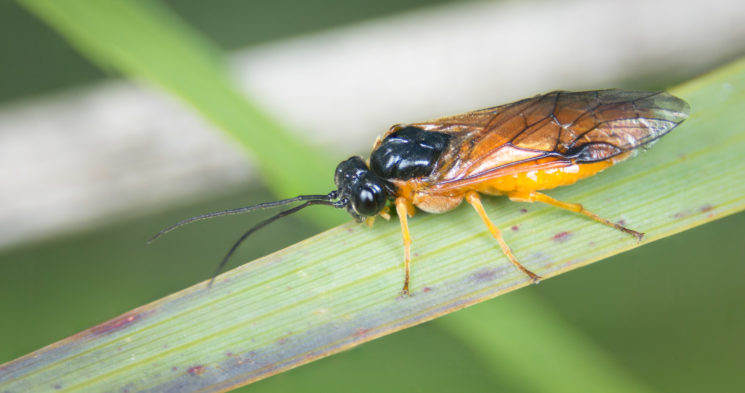 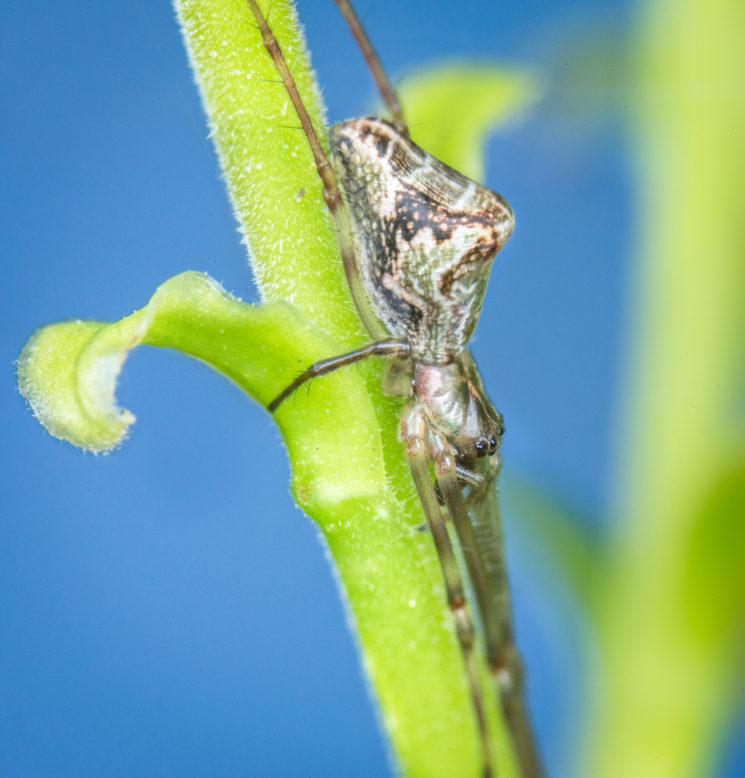 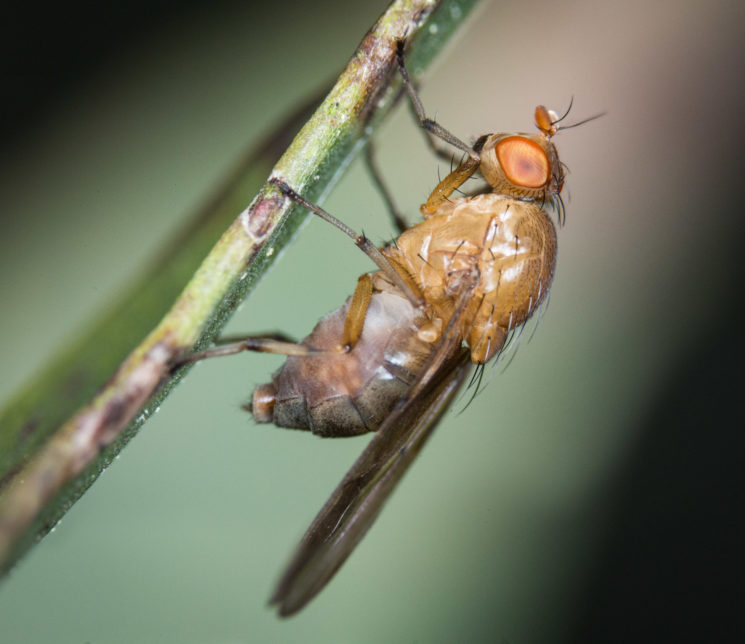 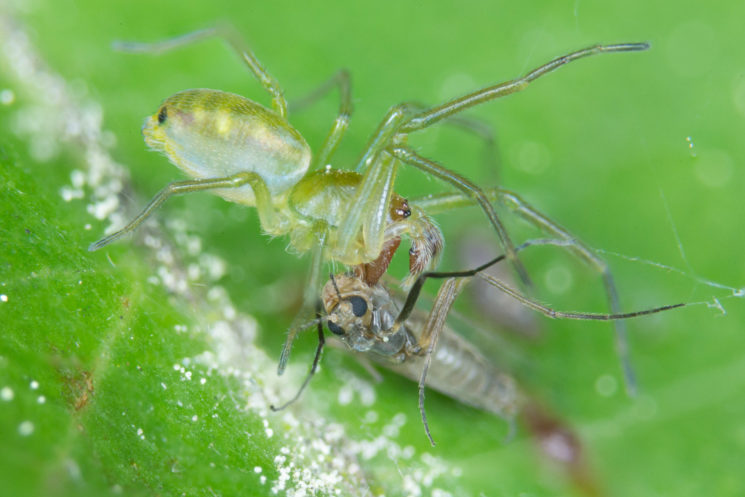 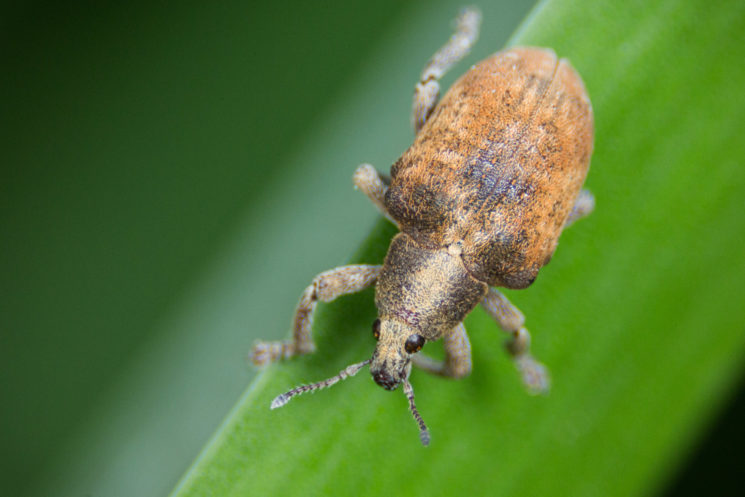 This photographer designed and 3D-printed his own dimmable LED softbox

« What it’s like to use a 200-600mm lens for street photography
Photographers, don’t miss out on these lighting deals, ending on Saturday »