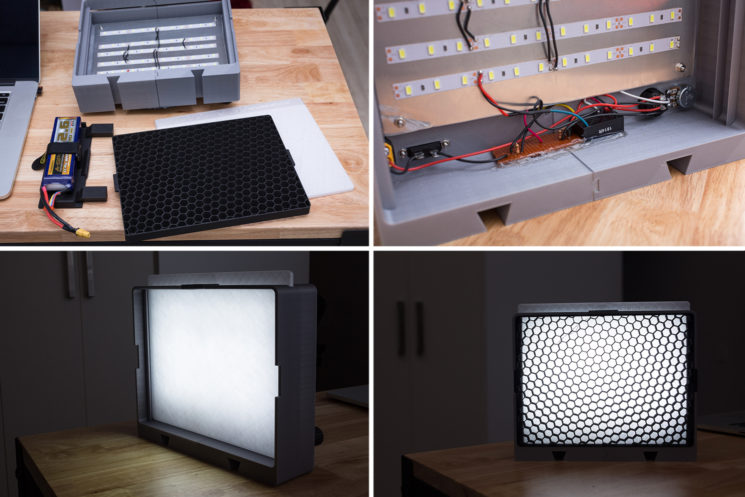 Availability of 3D printers has opened new possibilities for creating all sorts of gadgets for photography. So, New Zealand-based photographer Nicholas Sherlock took advantage of his 3D printer to make himself an LED softbox. He designed it, printed and assembled it himself. It features a 3D-printed diffuser, honeycomb light shaper, and even rails on the bottom for adding mounts and accessories.

Nicholas is primarily a software developer, experimenting with photography in his spare time. He says that he got his first 3D printer recently and found a place for it in a shady corner of his room. So, he had an idea to design a light for it. Considering that he does photography, he figured: why not kill two birds with one stone? He developed his idea further and designed the light to be useful for photography as well.

The light is powered by a LiPo battery (4S-7S) with an XT-60 connector. It’s designed to fit on the Prusa i3’s bed, and Nicholas adds that a 250mm by 210mm build area is required for best results.

A 240x200mm bed is okay if you don’t need to print the honeycomb light modifier, or if you remove its two little handles.

A 210x130mm bed is okay if you don’t want to print either the diffuser or the light modifier. You can make a diffuser using baking paper stretched over a cardboard frame instead, or design a diffuser that can be printed in two pieces.

Nicholas designed and made everything from scratch. He 3D-printed the lightbox, the diffuser, and the honeycomb light shaper, installed the LED strips and all the power components, and assembled everything together. It looks great and works like a charm. 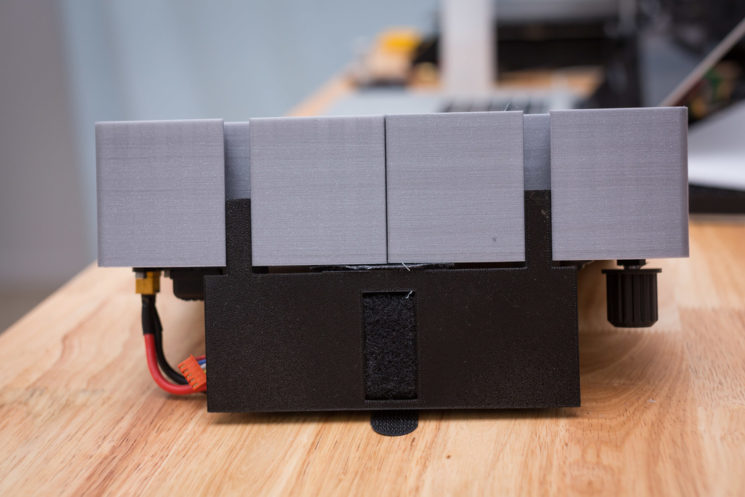 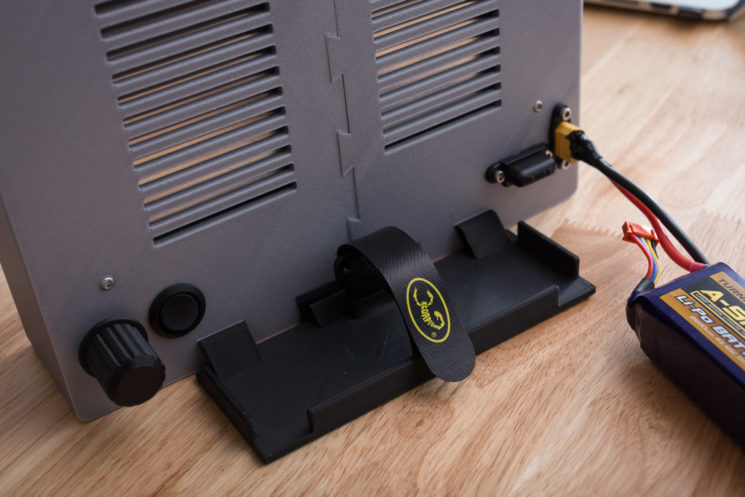 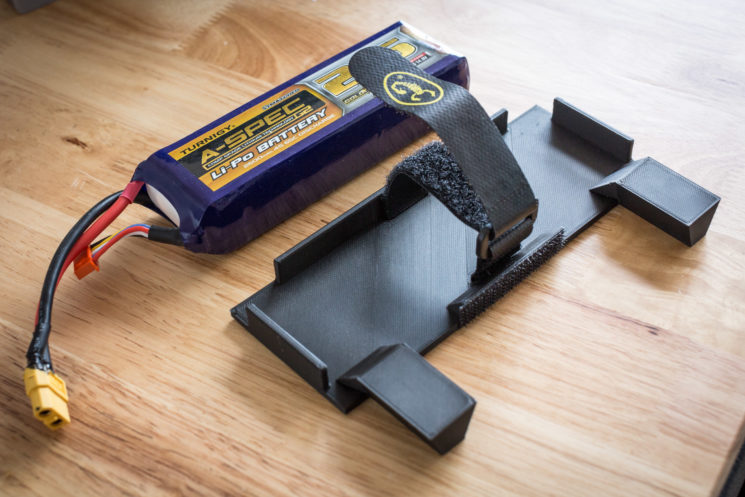 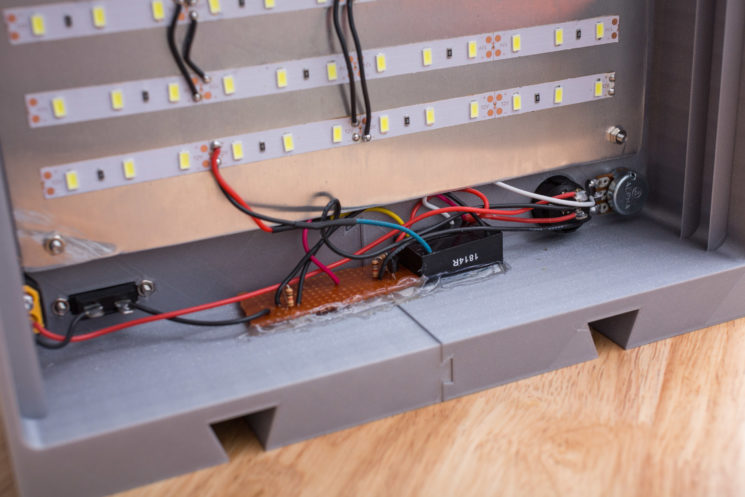 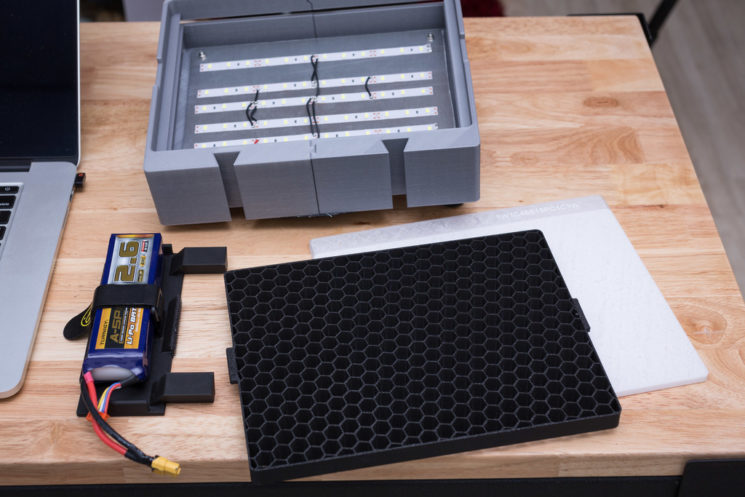 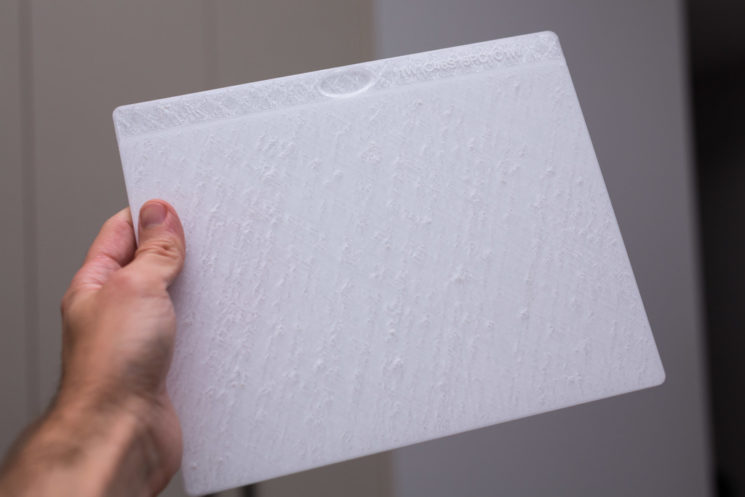 Here’s Nicholas’ setup for a sample photo, and the resulting image. He used his LED softbox as the key light, white paper on the opposite side to add some fill, and a blue-gelled flash firing on some crumpled aluminum foil for a background. 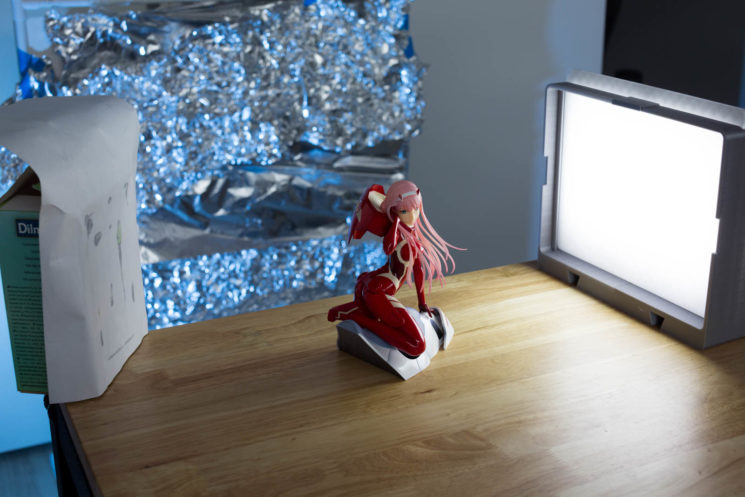 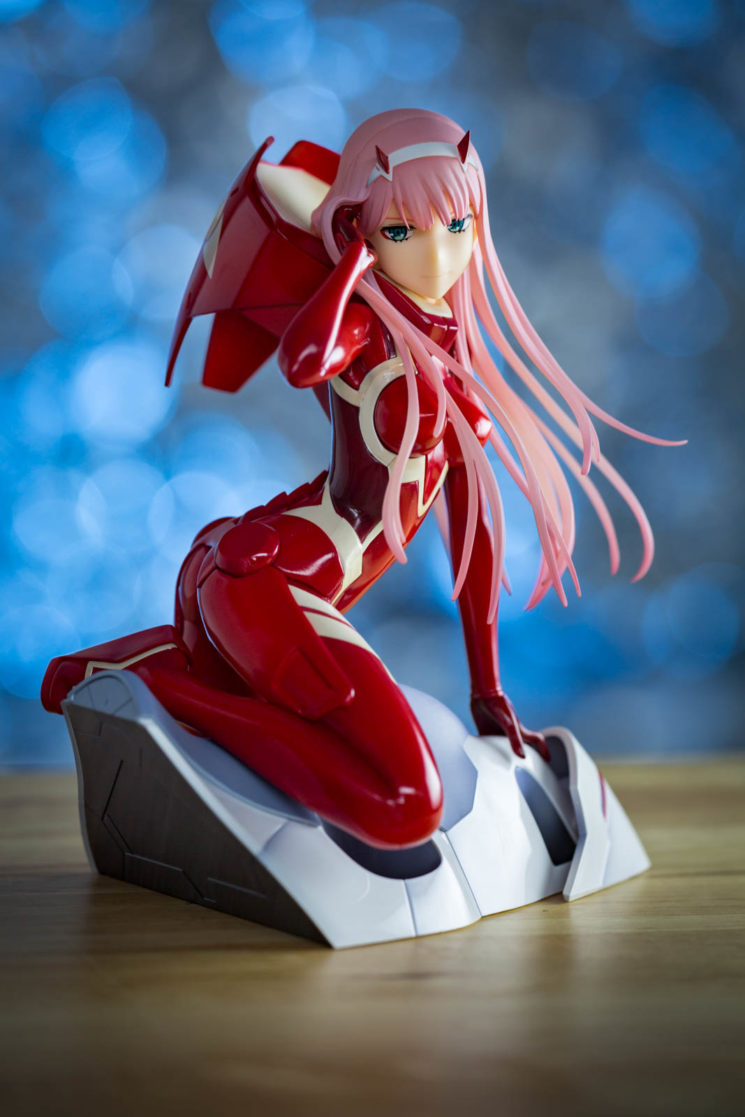 I asked Nicholas if he had plans to make more of these and sell them. The answer is no, considering that the cost of the materials and the printing time (24 hours for just the enclosure) would not make that worthwhile. However, he’s hoping to design a stand for the light, too, in order to learn about constant force joints by this designer.

However, if you like this softbox and have some skill and patience, you can give this a go yourself. Nicholas posted the LED softbox model and build instructions to Thingiverse, and you can see all the details there. Even if you don’t own a 3D printer, you can order the components from several manufacturers who will print it for you. 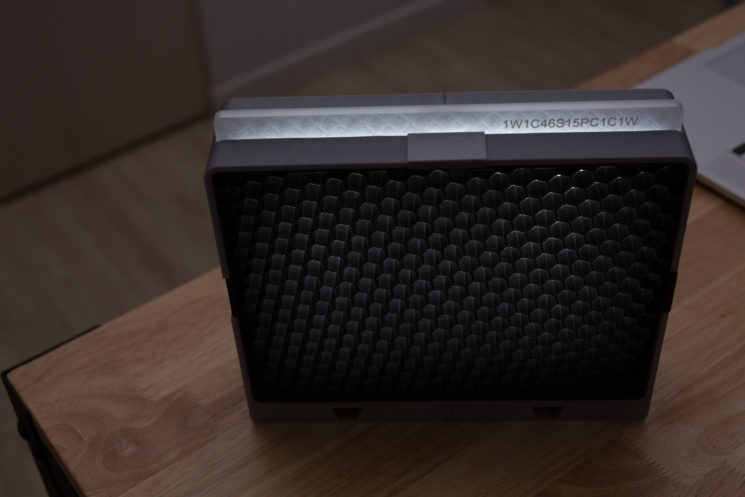 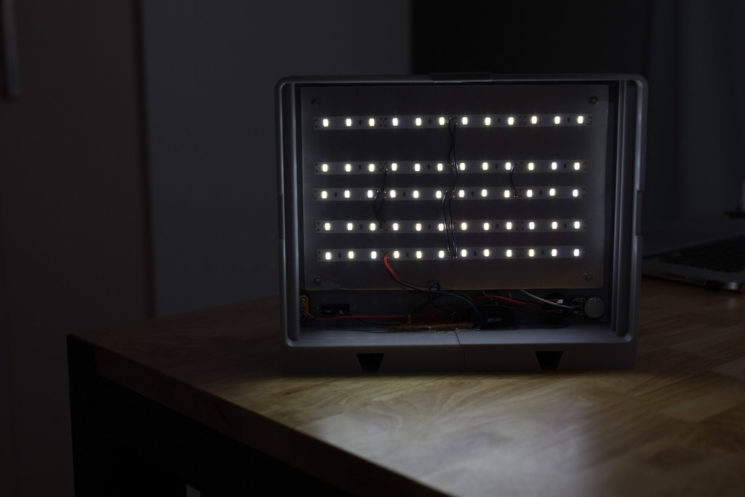 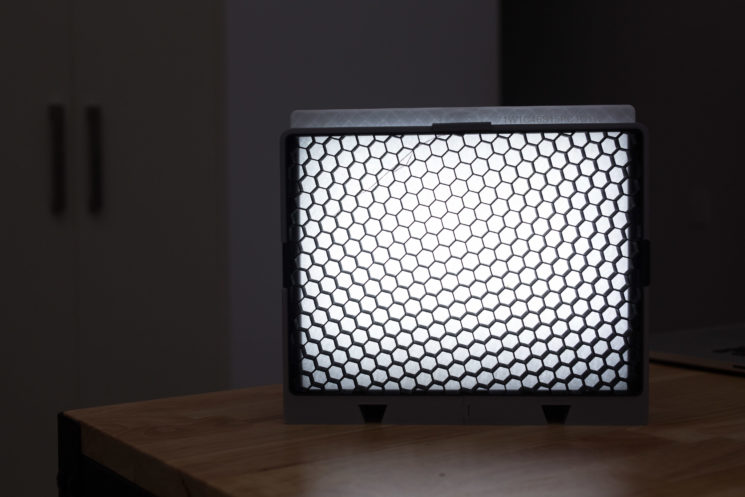 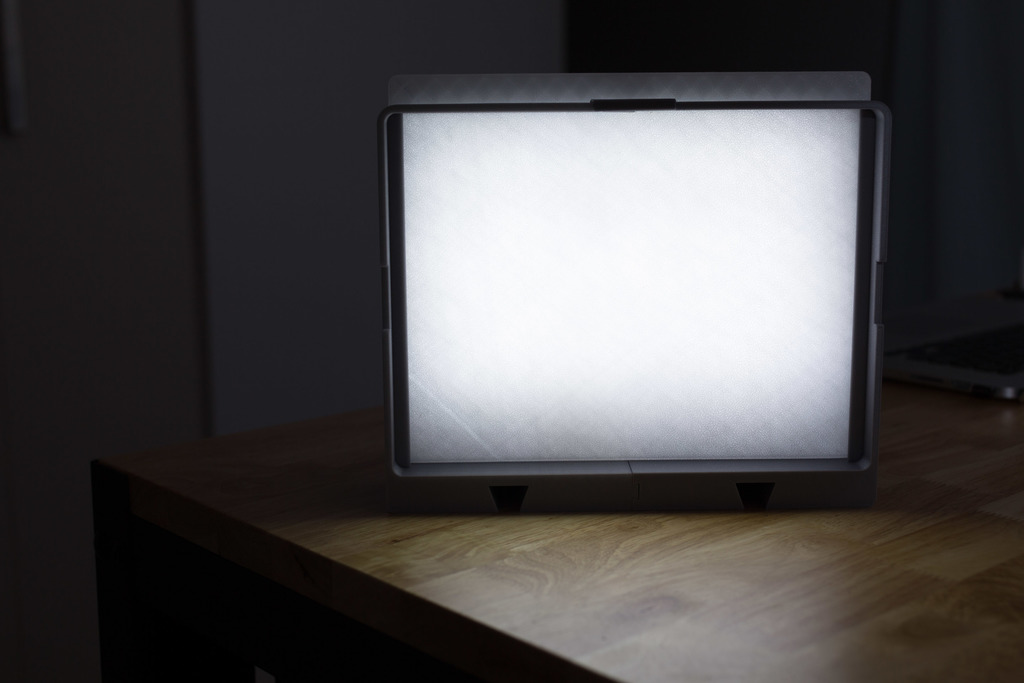 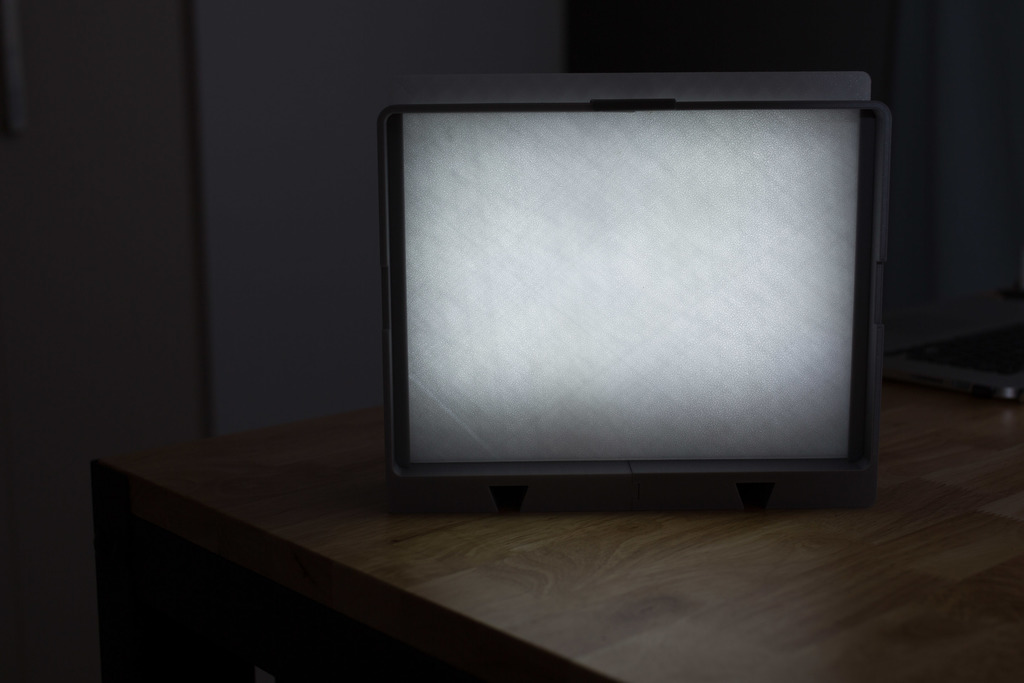 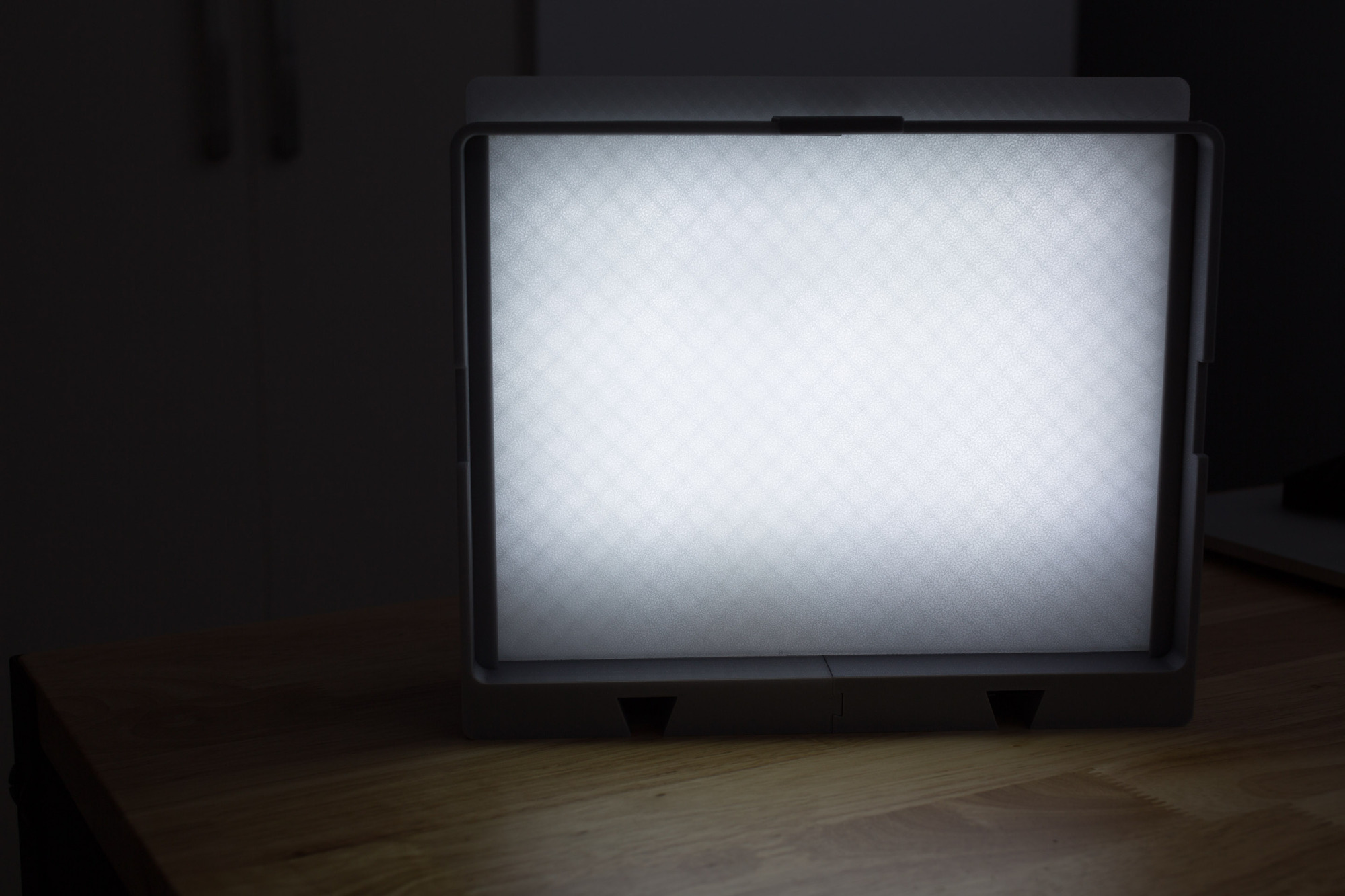 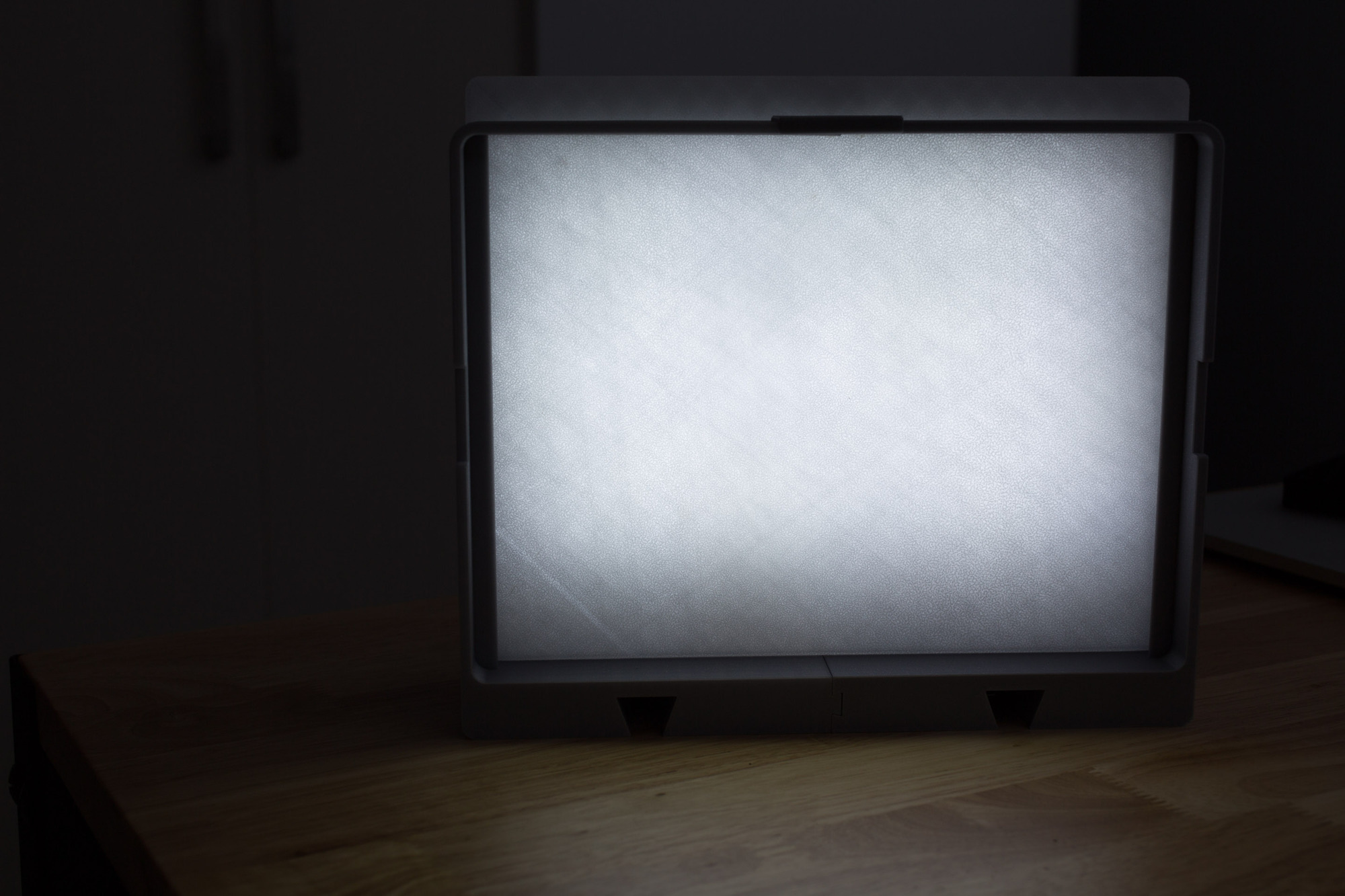 This easy trick will turn any lamp into versatile, dimmable LED light