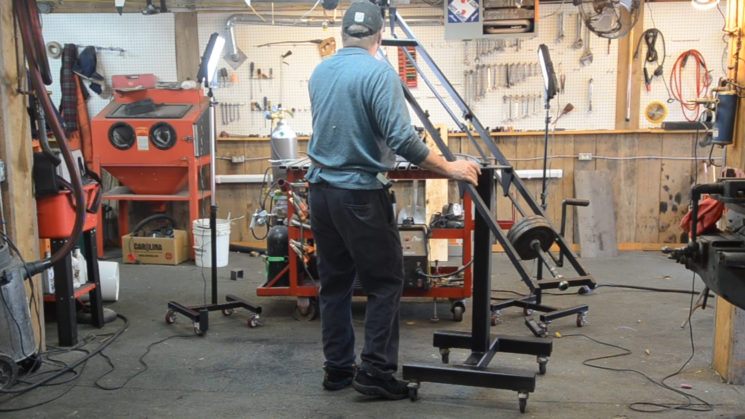 The humble three legged light stand is a fantastic thing. But it’s not always best suited to every situation. If, like John Decker, you’re trying to start up a new YouTube channel in your workshop, they can quickly get in the way. And they’re kind of a catch 22 design. Mostly they’re lightweight, for ease of moving them around. But with a big light on top, they get top heavy. If you make the base heavier, they’re more difficult to move.

After taking a little tumble in his workshop which resulted in one of the lights falling over on top of him as he landed, John decided to design and build his own. He needed something with a smaller footprint, a lower centre of gravity, but still easy to move around the shop.

These are much heavier than your average light stand. This is to bring the centre of gravity much lower to prevent tipping, despite the smaller footprint. Wheels then let him move it around the shop, or lock them in place when needed.

It starts off with two 17″ and one 14″ pieces of 1 1/2″ steel square tubing arranged in an H frame. This gives the final form a 17″ x 17″ footprint. John used magnetic corners to make sure everything was square, then welded the three pieces together. 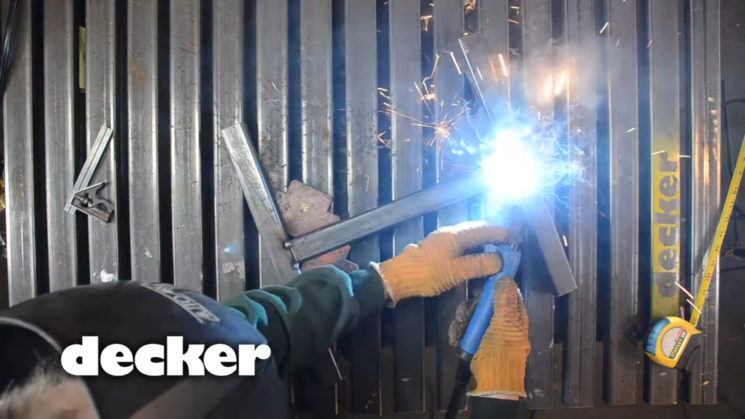 With the base frame fixed all around, the next job is to attach the wheels. The plate on each of the wheels in this case was a little too wide for the 1 1/2″ square tube. So, as he never planned on removing or replacing them, he welded those on, too. 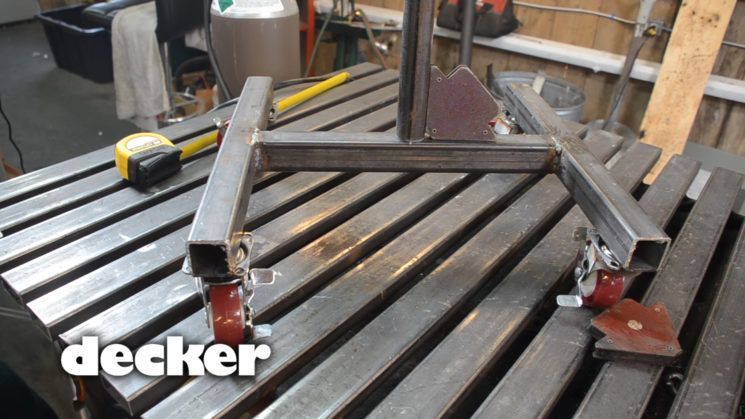 Next comes the vertical centre column. John again used the magnetic corners to ensure the pole remained straight. The pole consists of a circular tube with an inner diameter of 1″. This matches up perfectly with the reclaimed column from a regular light stand.

Because the centre column from an existing cheap light stand already works very well, there’s no need to redesign these. So, John just extracts one from its legs. 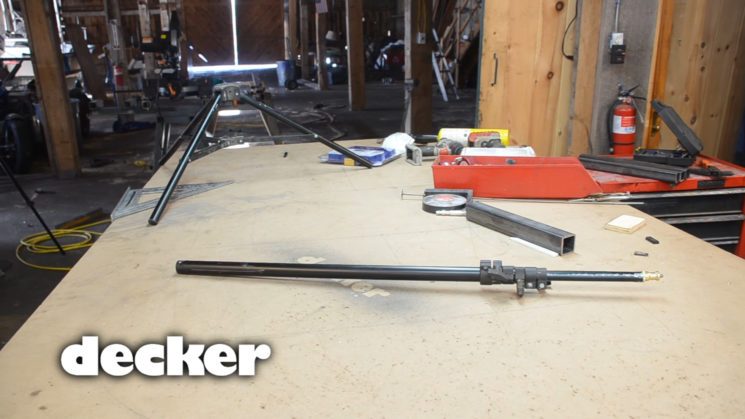 The outer diameter of the centre column from the light stand is 1″, same as the inner diameter on the vertical pole on the H stand. Epoxy is used to hold the two together permanently. 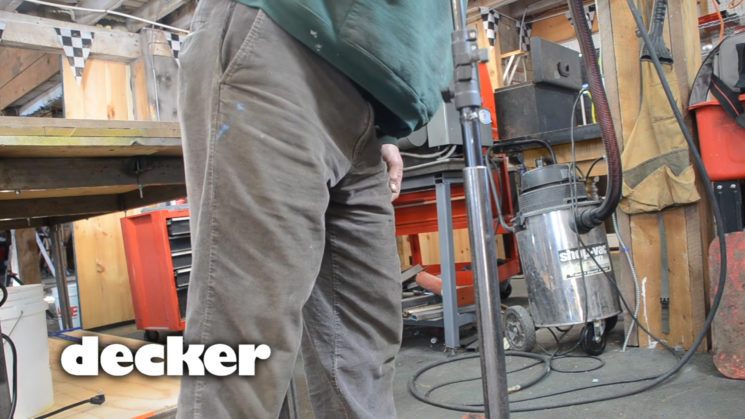 Finally, John welded on a hook to help organise the wiring a little. He then spray painted the whole thing black. 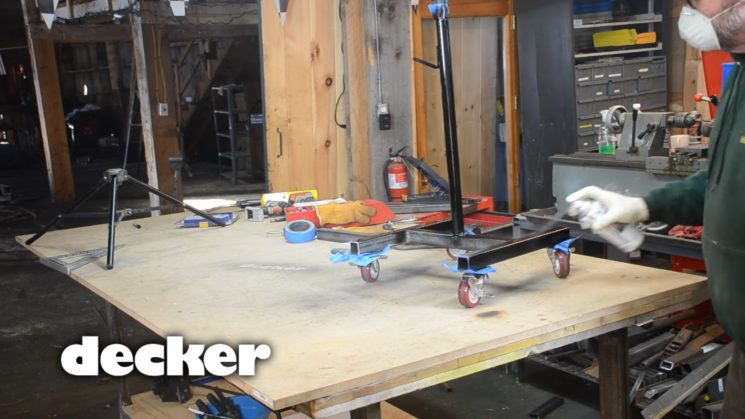 John also built a larger, more substantial, version for holding his Kessler crane. From this, his camera is mounted showing a top down view of his workpiece. 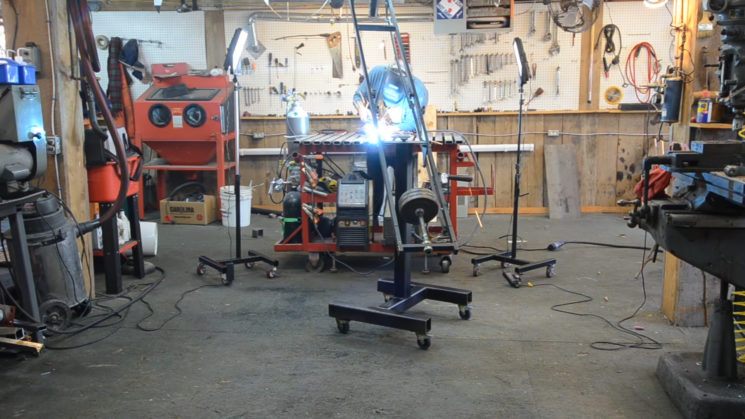 Although John’s tumble was due to the wires trailing all over the place, his point about regular three legged light stands still holds up. They can often get in the way, especially in small spaces. They have a large footprint, and with legs that angle upwards, they can be difficult to get around sometimes.

John says that while the light stands are much better suited, he’s still dodging cables. Those LED panels look like they have V mounts on the back of them, so it might just be time that John invested in some batteries. Or at least a roll of gaffer tape.

John’s remaining safety issues aside, though, DIY light stands like these can be a great option. If you’re regularly filming or photographing in a garage, workshop, or similar environment, the lights and stands are generally staying at the location. So, the extra weight isn’t going to be an issue if they’re on wheels. The lower base means you can more easily slide the legs under a workbench to get light closer. The lower, heavier, centre of gravity also means they’re less likely to tip over, too.

Whatever you choose to use, though. Be careful. Don’t have wires trailing all over the place, and if you have to lay them on the floor, tape them down.

« Here’s how to easily and thoroughly clean your tripod
They melted an espresso machine with 60,000 Watts of light for this photo & video shoot »