So, it has become kind of a ritual. Every year I take portraits of every kid in my daughter’s class. This has been the 5th year and it got me thinking about stuff.

But first, here is the general idea. Each year I go to my daughter’s school and take pictures of all the kids in her class. There is no preset date for this, but I try to hit one of two events: Purim (where everyone shows up in a custom) or very close to end of year. 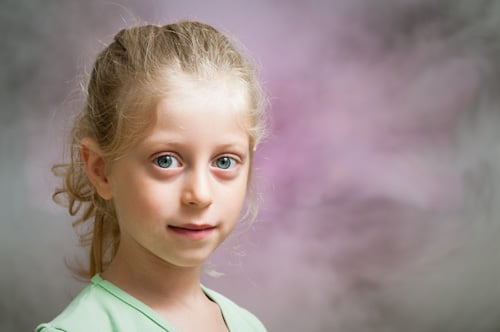 I do not charge for these pictures, nor do I hand businesses cards to the parents. The teacher and parents are free to use the pictures as they please and more than once, the pictures found themselves in birthday calendars, fridge magnets and T-shirts.

I use a very similar setup each year, with the same collapsible backdrop. Usually with one strobe and umbrella on the kids and another gelled on the backdrop.

There is no monetary compensation in doing this kind of project, but I consider it to be one of my best personal projects as it intertwines with so many aspects of my life.

The kids usually love this, and I try to make things a bit more than just coming over and taking a picture. In fact one of the most interesting conversations about photography was on one of those portraits days when an internal meme caught the kids and they all agreed that the best use of photography is to remember dead people. 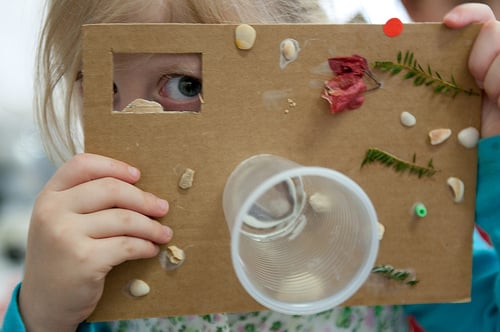 At another time the kids built a toy camera and had the kids “take” pictures of each other, and at another such session we asked for them to dress up for the shoot.

On the personal level, this is a great way for me to have some non-mediated interaction with the folks that my daughter is growing up with. What father will say no to that. (on the negative side, it allows the kids to know me as well, so far so good. But now that I am no longer allowed to kiss her goodbye when she goes on the bus, I have a feeling that this will grow to be a downside for a certain family member – I don’t care).

It Gets Harder As They Grow Up 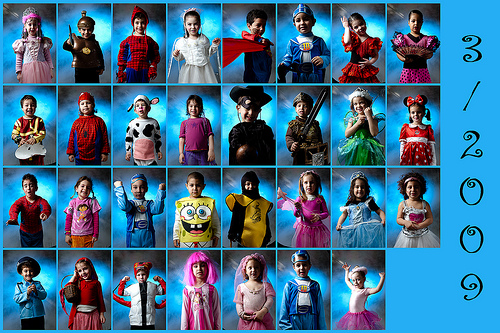 You would imagine it gets easier, right? I did. As the kids grow, they better understand what I say and they are less shy of me.

But while they are less shy with me (for some of them it is the 5th year). Some are getting pretty aware of the fact that there is a camera in front of the photographer. For some it is a great opportunity to “model”, and a conversation is needed to ease up and get a natural look. For others quite the opposite. It was the first year that I got a “I am camera shy” comment from one of the kids.

So while for the most part older kids were easier to direct and post, let’s just say that making naughty sounds no longer cuts it with the more shy ones. 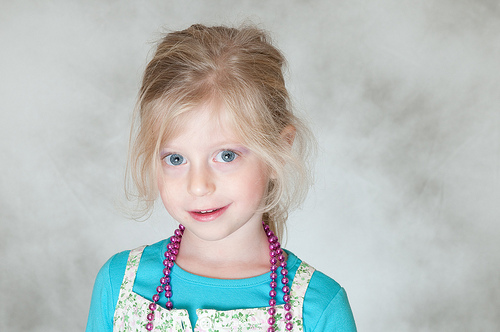 This is, of course, my personal experience, mileage may vary.

Kids, much like adults can feel the vibe, so the fact that you need to shoot 28 kids (+ two teachers) should not stop you from taking a few minutes to say hi, have a short chat and say “thanks, well done” when you are done.

Here is a easy way to show the kids how to pose (standard posing tips apply: stand at ease, lean on back leg, body towards the light and so on). Stand opposite to how you would like the kid to stand and ask him/her to touch toes with you. works like a charm, every time and saves that “move a bit here” “move a bit there” tedious dialog. 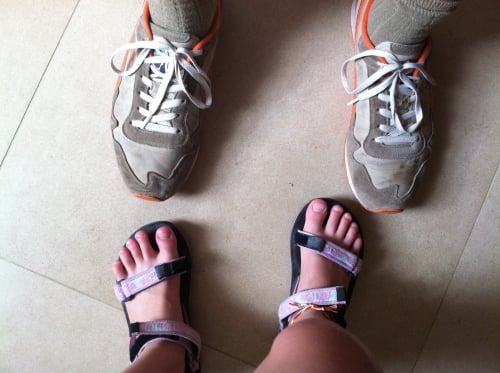 This one is probably trivial, but I’ll risk stating the obvious, be on time, and be prepared on time. At school kids are like CEOs, they have a hard schedule to meet. Coordinate with the teacher and stick to the time allowed.

I am going to keep on doing this as long as I can. Hopefully into college, should she allow this. I have a feeling that next year will be very different. Maybe it is time to change the setup….