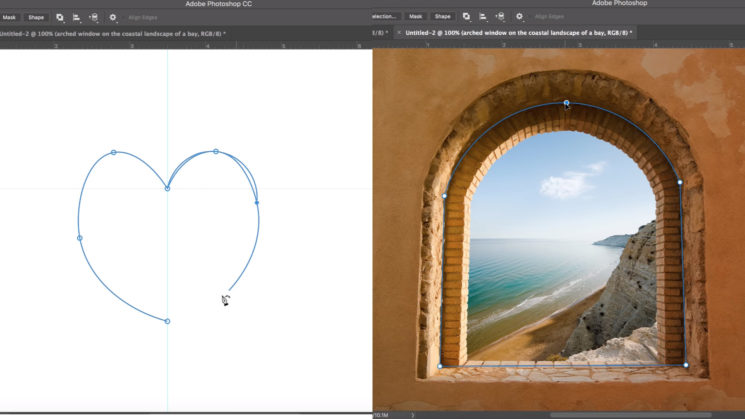 The pen tool is one of the most powerful tools in Photoshop’s arsenal. For making accurate selections (excluding hair, obviously), there’s little that comes close to it. For cutting out products from their background or masking hard edges, it’s an absolute lifesaver.

Now, the pen tool is about to get curvy. In this sneak peek video posted by Adobe, we see a demo of the new “Curvature Pen Tool”. Essentially, it’s a simplified version of the pen tool. It’s for those who don’t use the pen tool often enough to learn its intricacies, and those who just want to do a quick simple cut out or selection with ease.

The new curvature pen tool seems to work a lot more intuitively than the regular pen tool, and hopefully it will inspire a few more people to try using it. It should certainly make life easier for a lot of everyday tasks.

The curvature pen tool is expected to come in a Photoshop CC update later this year, but an exact date has not been announced.

Photoshop CC officially gets Curvature Pen Tool and other improvements

New to Pen Tool? This tutorial will help you master it in under 8 minutes