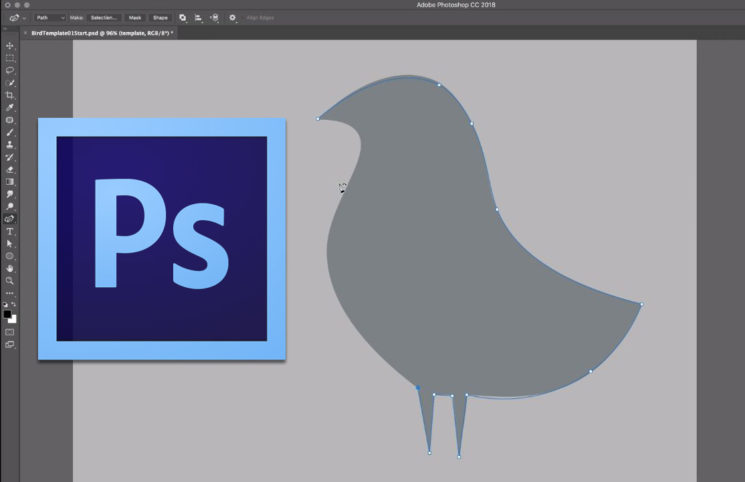 Not long ago, Adobe issued a sneak peek video of their new, curvy Pen Tool. Starting from today, the latest Photoshop CC update will have the new Curvature Pen Tool included. This should make the selections easier than ever before, and I guess it also makes it easier for beginners to use the tool. Along with the Curvature Pen Tool, Adobe has introduced some other improvements, too. So, let’s take a deeper look.

As mentioned above, the biggest change is the new Curvature Pen Tool. It’s similar to the one in Adobe Illustrator, and judging from the demo, it really is intuitive and easy to use.

The update also includes Lightroom Photos integrated into the Photoshop start screen and search. So, you can browse the photos synced across Lightroom’s desktop, mobile and cloud version. This should save you time when working with the images you’ve synced via Lightroom CC.

Adobe points out they’ve also addressed “the #1 request of all time,” and improved brush preset management. You can drag and drop the brushes to reorder them, scale the brush stroke preview, and save brush presets. The reaction time is also improved, so the brushes are now more responsive and shouldn’t slow you down.

Another addition is that you can open and edit 360 spherical panoramic images in Photoshop CC. Adobe says the program retains key metadata on export to use with 3rd party panoramic viewers.

There are also improvements of Adobe Camera Raw. They include more precise masking, HEIF image compatibility, the Learn Panel with interactive tutorials directly inside Photoshop, and more.

It seems Adobe is really on fire with the announcements and the improvements today. Other than updating Photoshop CC, they have also announced major changes to Ligthroom. If you’d like to get into the detail of the improvements, head over to Adobe Blog to learn more about the latest update.

Photoshop gets curvy with a fancy new pen tool

New to Pen Tool? This tutorial will help you master it in under 8 minutes