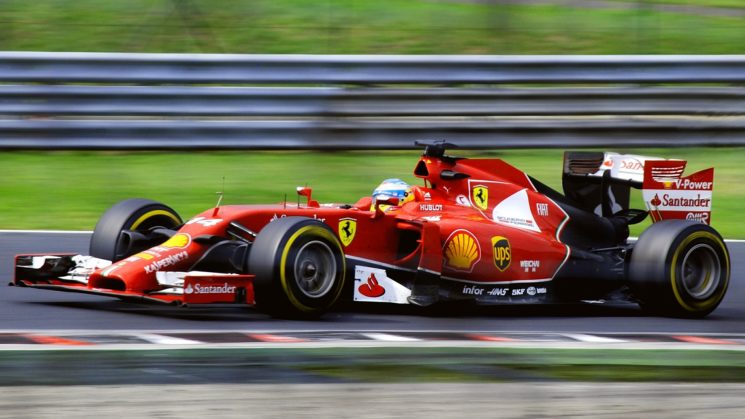 Do you like watching Formula 1 races? I find them really exciting, and as you can imagine – it’s also exciting to photograph them. In this short but fantastic video, Formula 1 shows some love for amazing, dedicated photographers who capture the thrilling moments of races all over the world.

The video features Mark Thompson, Vladimir Rys, and Qian Jun, all of whom have photographed Formula 1 races for years now. They discuss the gear they use, how they take photos, and how they started in the first place. Rys explains that he follows shadows, light, and colors when he shoots. He searches for a “picture behind the picture” and I personally love his style! His images are moody and cinematic; they show the excitement of the sport itself, but also the human moment behind all of it. Jun tries to find good light, and he often uses slow shutter speed for panning.

When you’re an official F1 photographer, the relationship with the team is an important aspect to think about. Rys says it took him three years to get accepted in the garage by the mechanics. As a photographer, you’re kinda in the way. So, you need to learn how to be efficient and take the shots without interfering with their work.

As you can imagine, F1 photographers use expensive cameras and lenses. Thompson explains that we’re talking about £35,000-40,000 worth of gear that you have on you for a race. But even if you don’t have fancy gear like this, you can still get good shots. Thompson says that you can get great photos even from the grandstand, with average gear. As a matter of fact, this is how Qian Jun started. So even if you don’t become an official F1 photographer, I’d say you should bring your camera to the race and shoot away. You never know. : )

Formula 3 racecar flies into photographers booth in this terrifying crash

« Photographers, don’t fall into this trap with Instagram
Instagram now puts ads even on your Explore page »