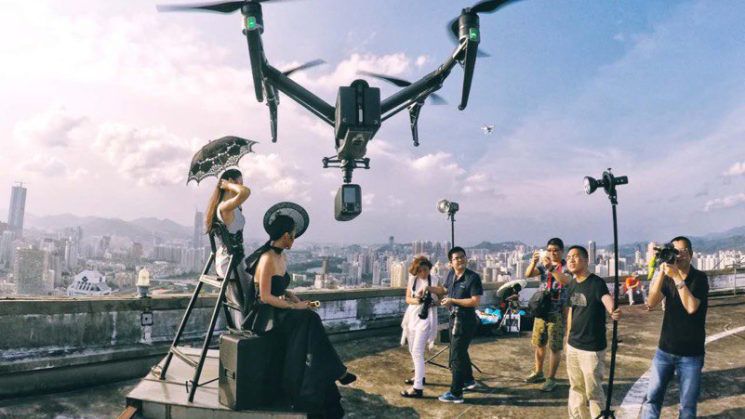 Sometimes, it’s just impossible to set down a light stand, especially on location. Your stands might not be tall enough to get the light where you want. Perhaps the ground is just completely uneven. There may not even be any ground there at all. These days, though, we have other options.

For Chinese photographer Fuyan Liu, that option was to mount Godox AD200 flashes to DJI Inspire 2 drones. We’ve seen similar before, from both Nikon and Canon. And even Elinchrom. But it’s still been a little out of reach for most photographers. With today’s more capable drones, and powerful lights decreasing in weight, it’s starting to become more of a reality.

Mounting a flash to a drone has its obvious advantages. You can use flash in places that might otherwise be impossible. The light can also be at any position pointing at any angle you wish. It also looks pretty damn cool!

Of course, it does have its drawbacks. Drones, especially something like the Inspire 2 is vastly more expensive than a light stand. They also have limited flight time, which is cut even shorter with the added weight of a flash.

You’d also need an assistant to control the drone. More if you use multiple drones. And, depending on where you live, that assistant may need to have certain licenses and insurance for commercial use. This is going to drive that cost up even more.

I shoot a lot in locations where it’s difficult or impossible to put down light stands. Flying a flash was the original reason I picked up a DJI F550 last year. It’s not exactly the most technically advanced UAV, but it’s powerful enough to lift a speedlight or two (or an AD200). Ultimately, though, I still haven’t used it for this purpose.

I can’t fly it myself while shooting, and I don’t know anybody locally that I’d trust enough to be able to fly it safely for me. I also just prefer soft light on location too much. And that’s the big drawback with something like this. Even if you had a quadcopter or hexacopter big enough to handle the weight of even a small softbox, the wind would still win. 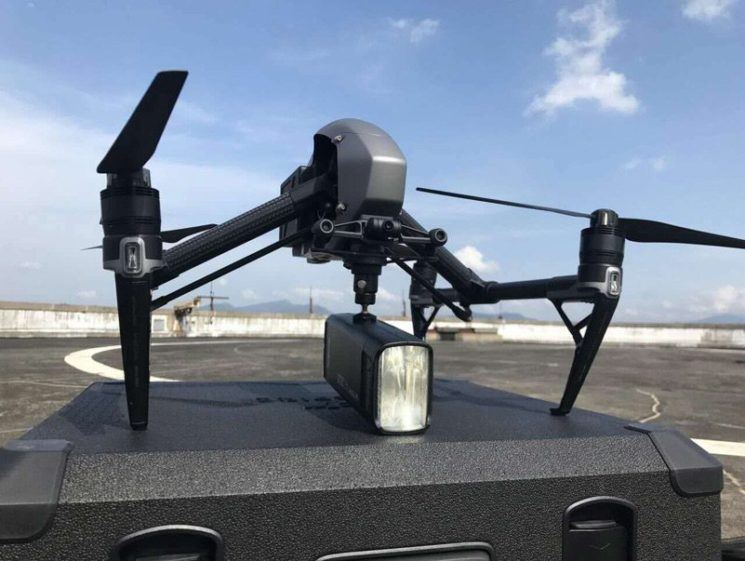 If you’re a fan of hard light, though, or just want to add a nice rim light to help augment a sunset, it can work. A bare AD200 or speedlight weighs relatively little. It’s enough that I wouldn’t want to take my chances with something like a Mavic. But something like an F550 or Inspire could handle it quite comfortably. As you can see. 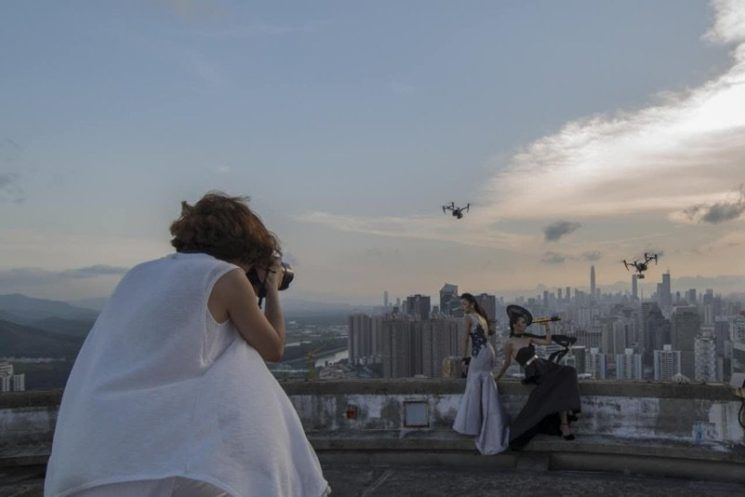 I think I might have to start looking a little harder for somebody to fly my F550 for me.

How do you put flashes in hard-to-reach places?