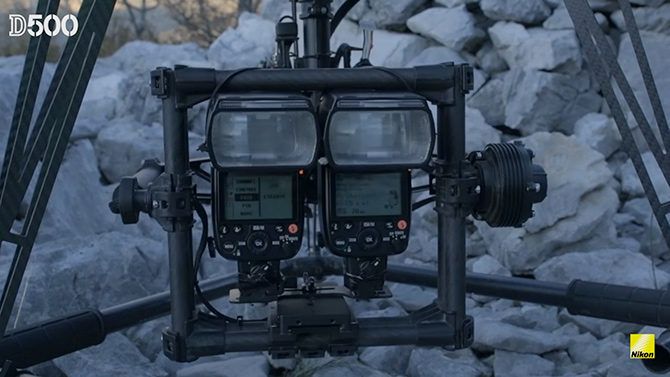 So what do you do when you need to position lights off to the side of a cliff and you left your 300ft tall light stands at home?  You mount them to a drone, of course, which is exactly what National Geographic photographer Keith Ladzinski did recently while taking the new Nikon D500 and SB-5000 flash units out for a test drive in Verdon Gorge in the south of France.

This is something I’ve always wanted to try myself.  I almost never find myself hanging off the sides of cliffs or mountains, but I shoot a lot in the middle of nowhere, and light stands are sometimes woefully inadequate for letting me get the light exactly where I want it.

A drone would be super handy for this purpose, but Nikon’s previous optical wireless CLS system would possibly face some issues.  Now that they’ve switched over to a radio wireless system with the new SB-5000, line of sight issues are a thing of the past.

With the assistance of Larkin Carey at Falkor Aerials, Keith shot video from the drone-mounted Nikon D500 to fully test its limits, and the 4K capturing abilities. 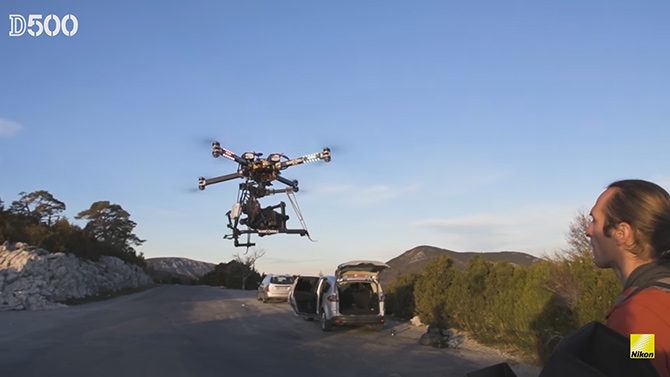 But soon the attention switched over from movies to stills, with Keith photographing the climbers as they scaled the cliff faces with ease. 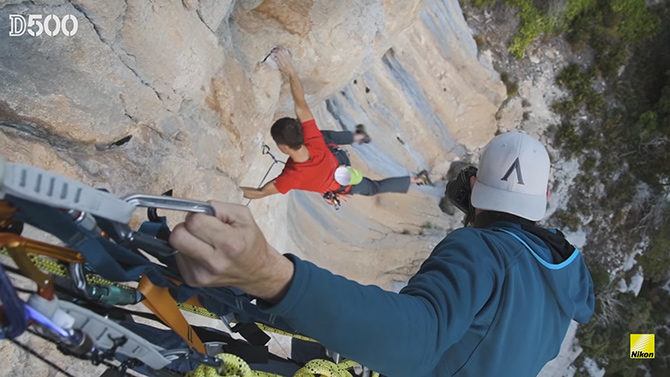 Shooting while dangling from a cliff probably isn’t the most comfortable of situations to begin with, but with the added complexity of flash and not necessarily even being able to turn around to see exactly where they’re positioned or which way they’re pointed, radio communication helped to keep Keith and Larkin in touch with each other throughout the process. 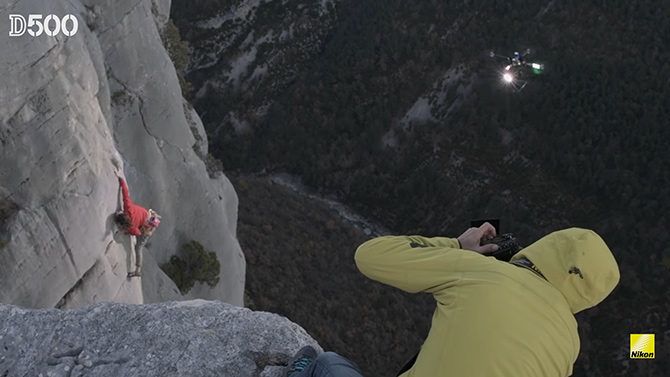 But it did produce some amazing results. 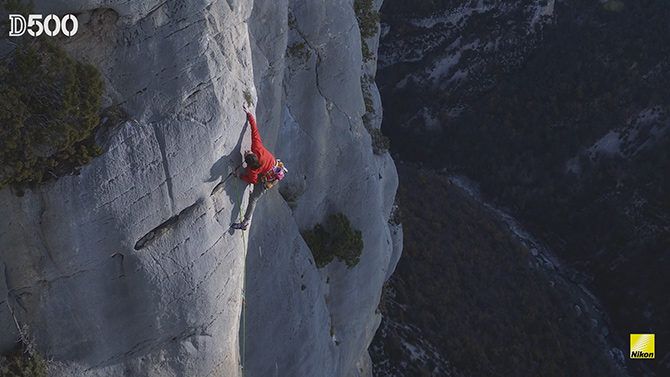 I hope that, as drone technology evolves, and regulations become more consistent, this will open this up as an option to more of us.  I could see this developing into a very cool system in the future if it took off, so to speak.  Here’s the full behind the scenes video.

You can see Keith’s complete set of Nikon D500 images over in the portfolio on his website.

Aside from the extremely cool factor of mounting speedlights to a drone, that 4K footage is making me want a D500 even more!