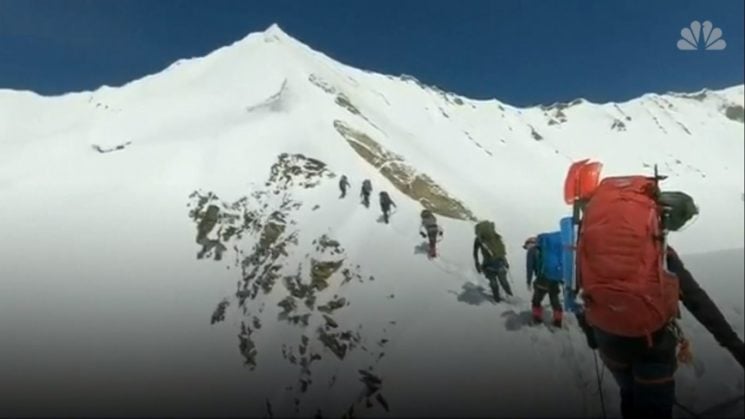 On 26 May current year, eight climbers went missing in the Indian Himalayas. Sadly, seven of them were found dead 20 days later, presumably by triggering an avalanche. A recently recovered GoPro footage shows what could have been their last minutes before the tragic event.

The Indo-Tibetan Border Police released the footage they recovered after finding the climbers. It shows the group moving slowly towards the unnamed peak near the Nanda Devi, India’s second highest mountain. According to NBC News, the video was made at the height of around 19,000 feet.

Reportedly, the search team consisting of 11 people spent 20 days searching for the missing group. The climbers’ bodies were spotted early in June at the height of over 16,000 feet. However, due to the harsh weather conditions, the search party wasn’t able to reach them sooner.

NBC News notes that it’s forbidden to climb Nanda Devi. However, expeditions are allowed on the Nanda Devi East, and this is where the hikers went missing. This mountain is considered to be one of the most difficult mountains in the world to climb. The same source writes that seven out of eight people were found, and the search for the eighth victim has been called off.

Pick up these eight photography tips in just two minutes

« UK magazine uses photo on cover without permission, blames it on a stock photo website
The truth about photography gear: 9 things you need to know »