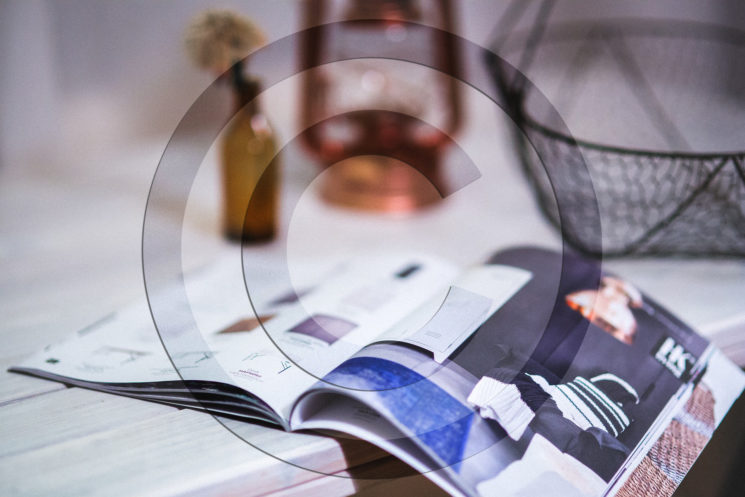 A photo of David Lynch by Nadav Kander was recently published on the cover of UK magazine The Big Issue. It would certainly be fantastic if Kander had sold the photo or gave his permission to the magazine to use it. Instead, it appears that someone photographed his framed print at an exhibition. They posted it to Alamy, and The Big Issue bought it from there, cropped it and used it for the cover.

Kander shared the story on his Instagram, explaining what happened:

FStoppers reports that there’s an image for sale on Alamy showing the black frame around Kander’s portrait of Lynch, along with the wall on which the image is hanging. The link doesn’t work for me at the time of writing, and I wasn’t able to find a photo that looks similar. Still, just like Kander claims, the magazine cover features his photo, only it’s cropped very tightly. It’s possible that someone from the magazine’s art department cropped it to remove the black frame.

After the photographer published his story, The Big Issue responded to his post in a comment. It has apologized for the mistake, but it places most of the blame on Alamy:

“Hi Nadav, we’re very sorry you feel aggrieved. This image was sourced by the art team. They discovered it on Alamy. It’s a great image that we felt would help move the magazine. We told Alamy what we were doing and neither tried to pull the wool over anybody’s eyes nor get away without paying.

The first we discovered about the issues with the image was when your agency got in touch at the start of the week. Clearly, Alamy have some explaining to do. We would never intentionally do this. As an organisation that serves the complex needs of thousands of our vendors each year, we understand the need to meet emotional distress with sensitivity. We hope this goes some way to explaining the situation. If you would like to discuss further, please DM us.”

This whole charade reminded me in a way of the Richard Prince case and it seems that I’m not the only one. Photographer Erik Madigan Heck left a funny comment on Kandre’s post that adds a bit of humor to the bitter situation:

“You should re-photograph the magazine cover and crop in, and then forge Richard Prince’s signature on it, and turn around and sell it to Christie’s for a profit as a Banksy stunt. Turn the unfortunate situation into an advantageous one.”

As many people in the comments noted, this is one of Kander’s most recognizable images. Okay, not everyone would know that, but someone working in the art department of a magazine certainly should. Still, mistakes happen, but I’m not sure that Alamy is entirely to blame. The “photographer” who posted it there is the most guilty, in my opinion. But from there on, both Alamy and The Big Issue should have paid more attention.