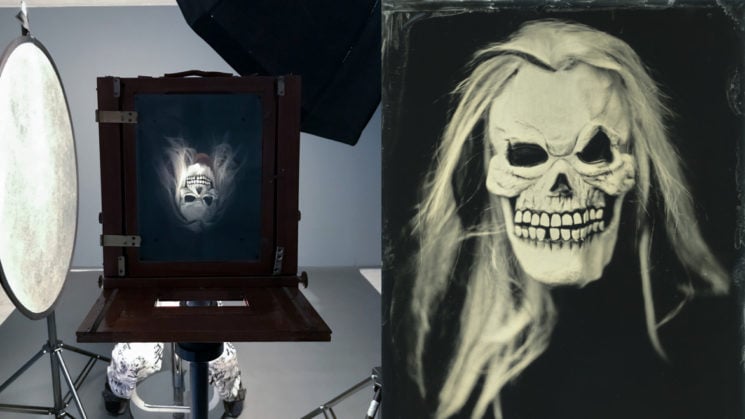 I’ve seen some rather interesting Halloween photos cross my desk over the past week or so. Few that are quite as interesting as this project from photographer Markus Hofstätter, though. Shooting some Halloween portraits on large format wet plate. Best of all, he shot a behind the scenes video showing how it was done. While it’s not a 360° video, it makes some fairly heavy use of a 360° camera, with some pretty cool effects and transitions.

Markus says that the plate has an ISO of around 0.5. That’s almost 8 stops darker than ISO100. So, for these kinds of shots he needs a very static subject, or a whole lot of flash power. Imagine shooting your DSLR or mirrorless with 8 stops of neutral density over the lens. 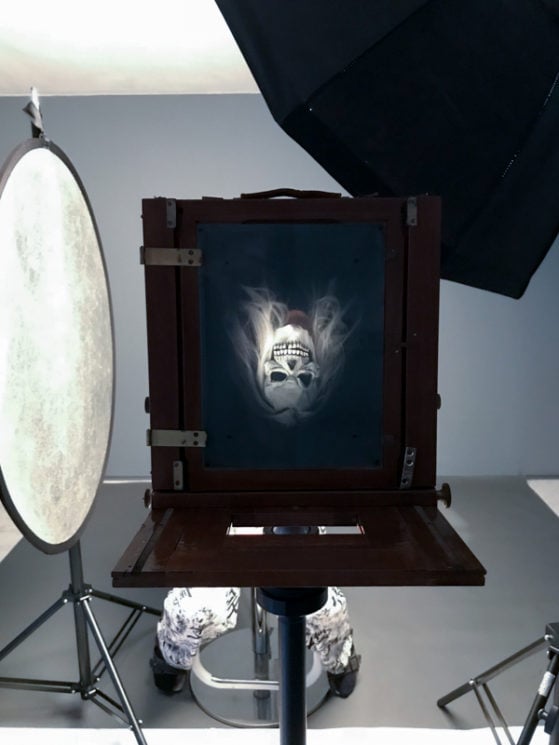 The lens used is a Dallmeyer Petzval 2B dated around 1860. It’s a 210mm f/3.5. Despite the ISO of 0.5, the fast (for large format) aperture of the lens allows Markus to light the shot with his 6,000 Watt second Hensel Tria generator at half power. 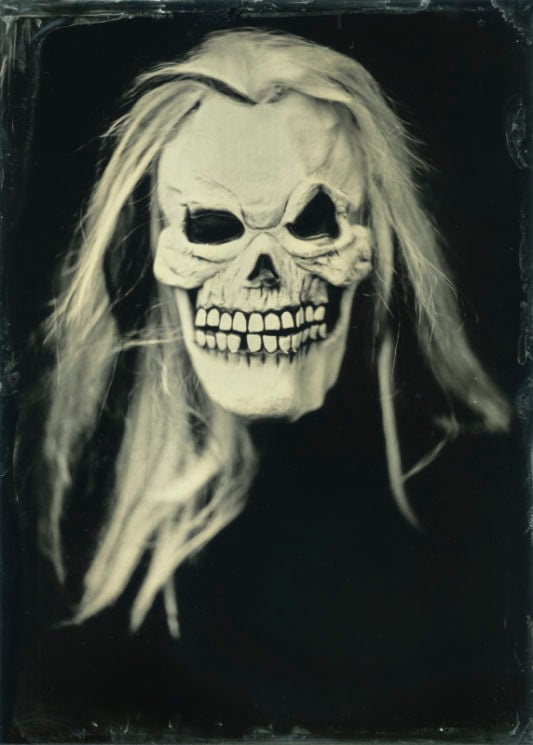 Markus didn’t just photograph creepy wig wearing skeletons, though. Oh no. He also shot a self portrait, inspired by Heisenberg from the TV show Breaking Bad. I think this is just awesome. 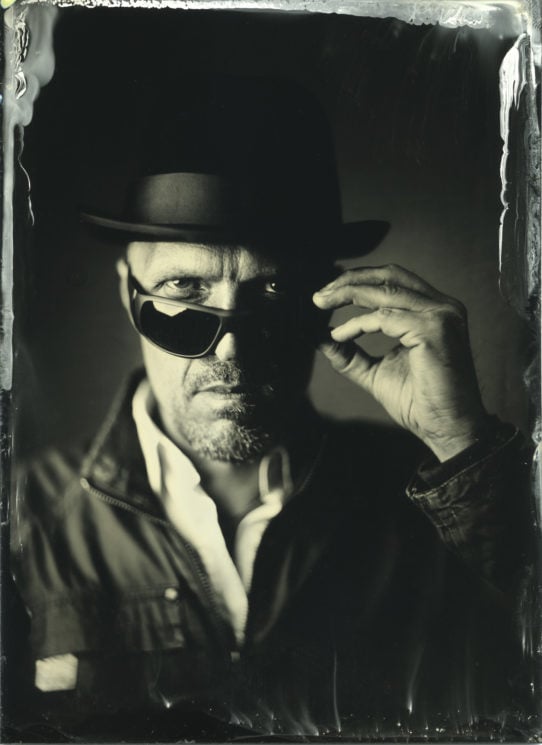 I always feel like him when I prepare the chemicals for my collodion wet plate process. This is the first time I combined this self-portrait with a 360 degree cmaera for the making-of video.

Combining hi-tech with a 160 year old process is fun.

It’s actually very fitting. While I’m not lucky enough to be able to shoot wet plate just yet, it does feel cool to be mixing up chemicals to develop my own film. Markus speaks a little more about his self-portrait.

My self-portrait is pretty dirty on the borders of the plate as you can see. I achieved that with “not cleaning” the edges of the plates after the silver bath and not cleaning the plate holder. I think this makes this plate even more unique – it’s not always about perfection.

Well, it definitely works for me. One of these days, I really need to just dive right in and give wet plate a proper go.

Markus also photographed his friend Alex, who assisted him through the shoot. 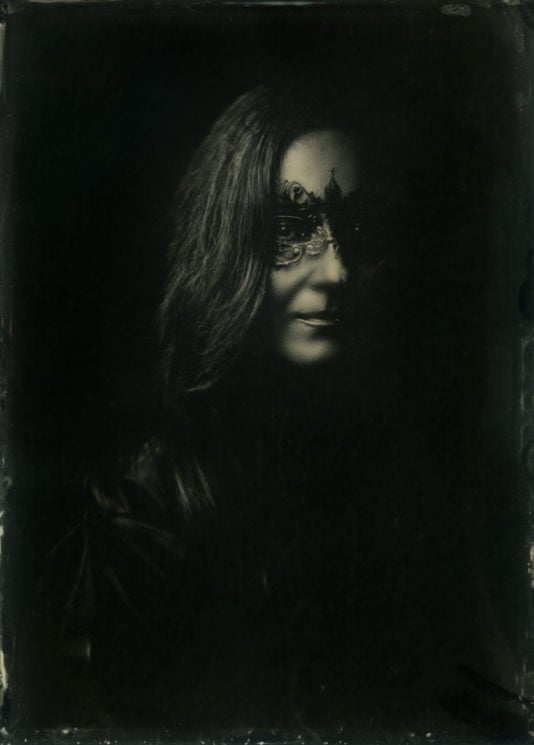 Markus tells DIYP that the camera used to shoot the behind the scenes was the Insta360. All of the “small world” and zooming effects were created using the iPhone app that came with it, although he says there’s desktop versions out there for Windows and Mac if you want to try it yourself. 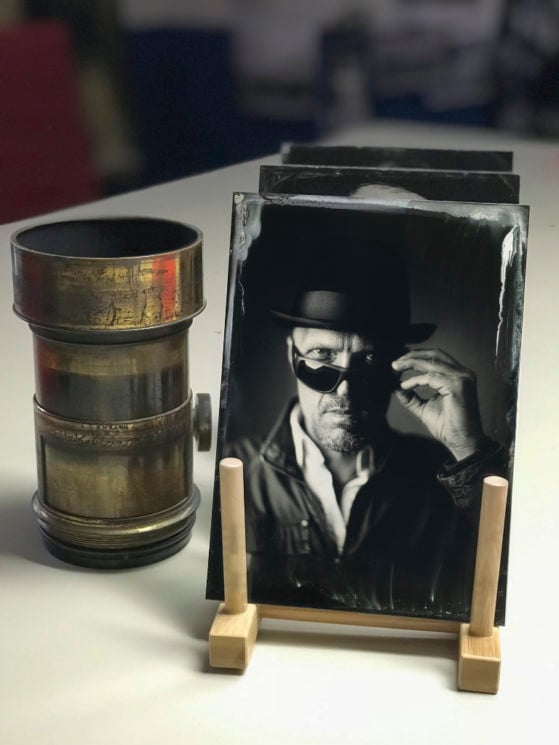 Many thanks to Markus for sharing this with us. Some very cool photographs, especially the self portrait.