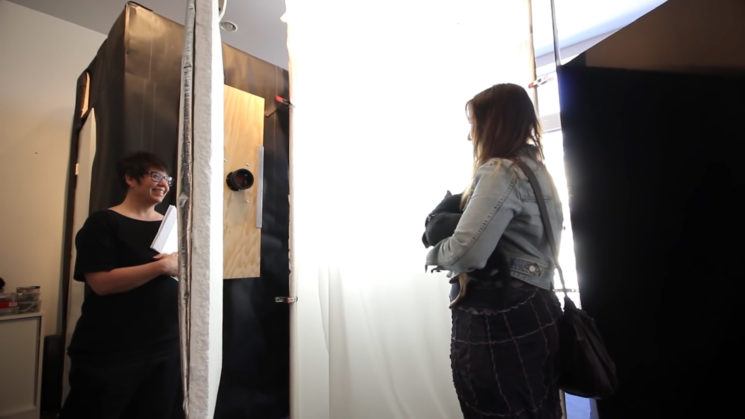 Most of us hold our cameras. Or mount them on a tripod. Either way, most of us are on the outsides of our cameras. For Canadian photographer Ross den Otter, though, stepping inside his camera is exactly how he makes his portraits. Needless to say, it’s a rather large one.

Ross uses a camera obsurace. Essentially a large room with a hole in one wall. In this hole a large format lens is mounted, which projects the outside scene onto a wall on the inside. Using photographic paper, one can capture that projected image. Because of the nature of a camera obscura, Ross was able to also use it as his darkroom. This meant that paper could go straight from the wall to the developing tray. A few minutes later, he could emerge with the finished print.

This particular camera obscura was built for Vancouver’s Capture Photography Festival. He wanted to create a day of portraits. A 4’x8’x8′ room was constructed using a frame of 2×2″ lengths of wood and tar paper. 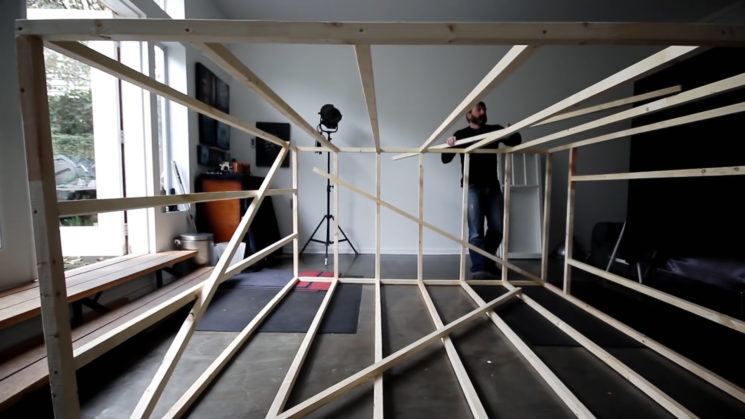 The lens was then attached to a board on the end wall pointing out to the outside world. Inside the camera obscura, Ross attached the paper to a moving platform. This allowed him to bring it forward and backward to focus the subject. The projection is shown upside down and back to front. You can see in this example, how the light bulb hanging from the above outside appears to float upside down on the projection. 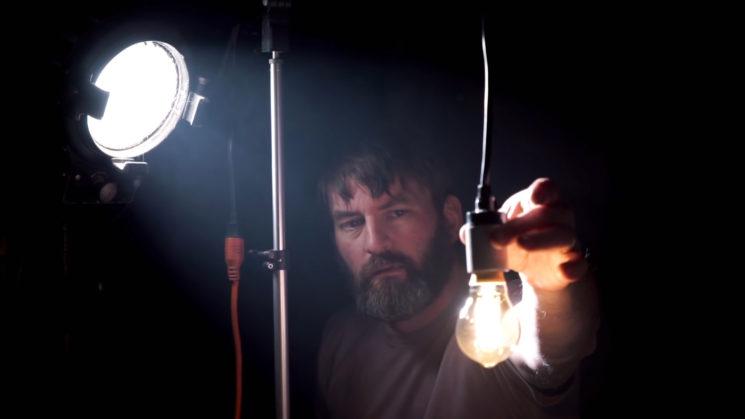 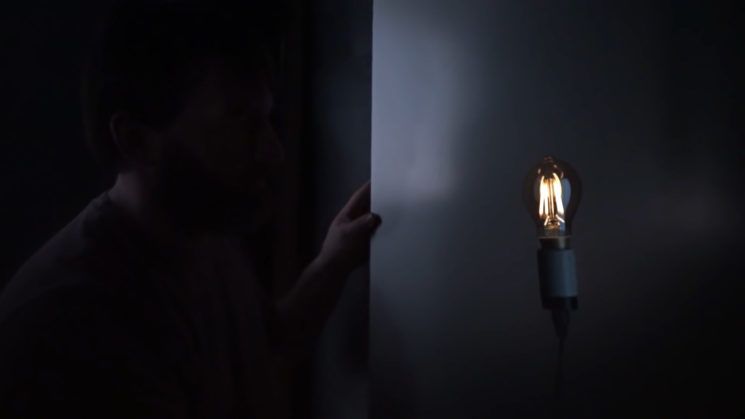 For lighting people, though, a lot of power was needed. For that, a bank of strobes were used behind a large sheet of diffusion material. As each subject stood in front of the lens, their image was captured, with the paper going straight into the developing tray to produce a negative. These were then scanned and inverted, with the final prints ready for exhibition three weeks later.

A photographic image is so easily accessible now that we take the idea of a photograph for granted.

That day of creating pictures of people, using really nothing more than bits of wood and some glass, that was exciting for me.

The video was made by Ross’s friend, Ryan Mund, and captures the spirit of the project very well. 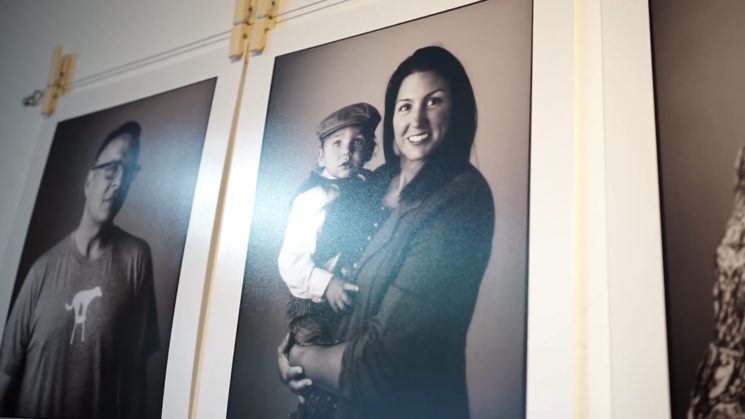 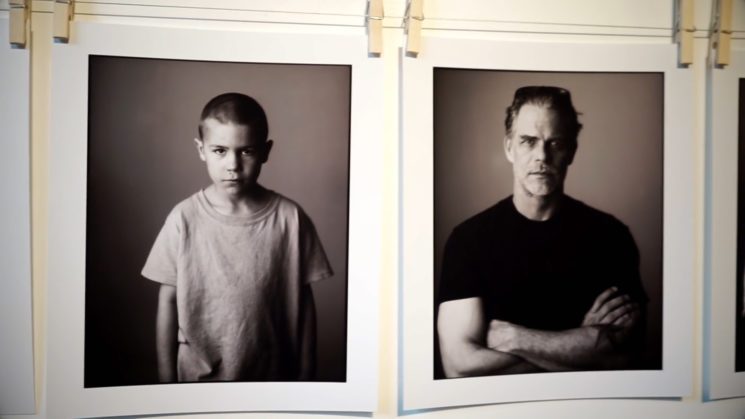 It’s a fantastic idea, and it’s similar in principle to Ian Ruhter’s “Truck Camera“. Except, here, we’re using paper instead of glass plate, and flash instead of ambient light long exposures. I think this might be a project to stick on my “One day…” list. Hopefully Ilford will have some direct positive paper larger than 4×5 by then.

Have you used or built a camera obscura? Have you used it to expose film, wet plates, or paper before? Or do you prefer to just view the scene? Did you photograph the projected image with a digital camera? Let us know in the comments.