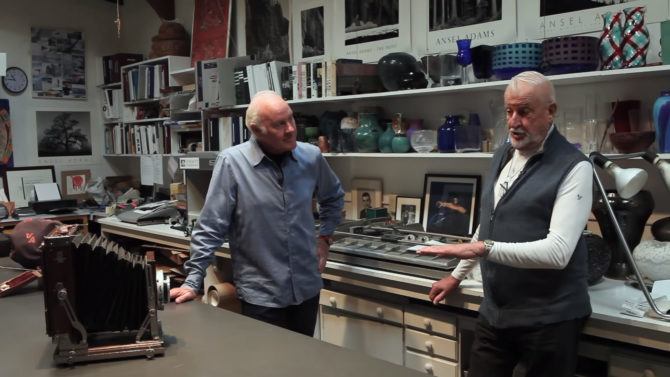 Marc Silber’s series of videos on Ansel Adams just gets better and better each time a new one comes out. In this latest video, we are taken into Ansel’s home and studio. His son, Michael, now lives in the home with wife Jeanne. He talks about some of his father’s lesser known commercial work as well as his teaching.

We also get a peek into Ansel’s personal camera collection.  This is one of the more interesting videos of the series for me. It speaks more about the man himself and his equipment, than the work. Studying Ansel’s work is always fun, but most videos about him already do that.

It’s amusing to hear that some things never change. Today, many photographers shoot weddings or other things not because they want to, but because it allows them to shoot what they really want. The same was true of Ansel. His commercial work allowed him to produce the iconic images we know today. Without it, most of it would likely never have existed.

Much of it produced in colour, it simply passed off to Kodak or whoever had hired him. I’m sure many of us have probably seen his colour commercial work at some point. Although, we would have had no idea it was him who created them. Identifying those pieces will probably become one of photography’s great historic mysteries. 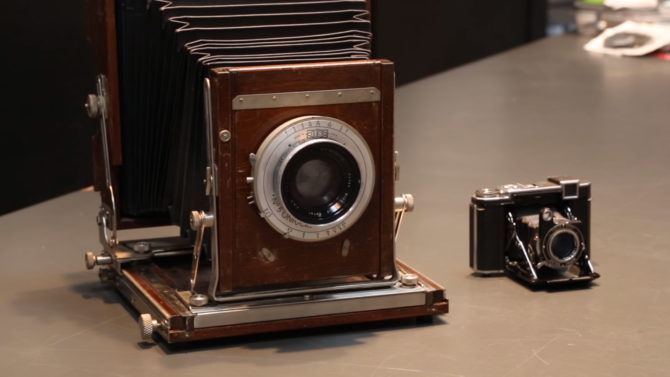 The stories behind some of the cameras are very cool, too. Such as, the fact that his Deardorff 8×10 had to be purchased back to exhibit in the gallery after Ansel had previously sold it.

Have you been following Marc’s series? Which has been the most interesting part for you so far? What would you like to see covered that hasn’t been yet? Let us know what you think in the comments.