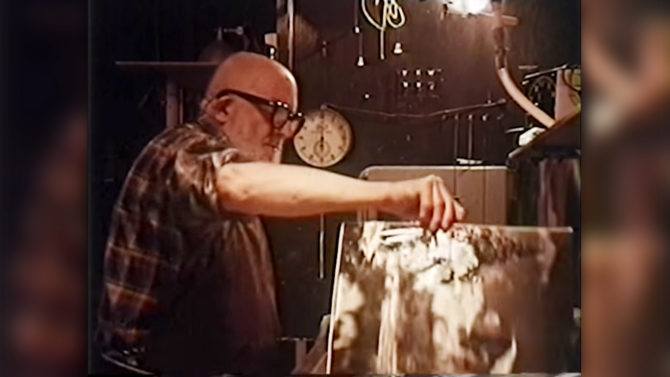 The room in which Ansel Adams created many of his works has to be the absolute ultimate DIY darkroom.  Back then, many things had to be made yourself as commercially available tools for most of what Ansel wanted or needed to do simply did not exist.

In this video from Marc Silber, we’re guided through Ansel’s darkroom and processes by his son, Michael.  With motorised dolly tracks and an enlarger that holds an array of individually controlled light bulbs, this darkroom features some very interesting and unique engineering.

I quit shooting film when I made the jump to digital in 2002.  I started shooting it again in 2012, and when I got back into it, I decided to build a darkroom.

I was pretty pleased with myself.  A few Durst enlargers set up for different formats, a Jobo, more trays than I could ever use, print dryers, and a whole bunch of the other usual darkroom kit. After seeing this, all I can imagine is Ansel walking in like the hulk and declaring “Puny darkroom“.

I’m limited to a maximum size of 6×6 medium format in my darkroom, and one of the things that’s made me hesitate in picking up a large format film camera is due to the fact I’d have no way to print anything other than contact prints. Ansel’s solution to this problem was to simply build his own enlarger. 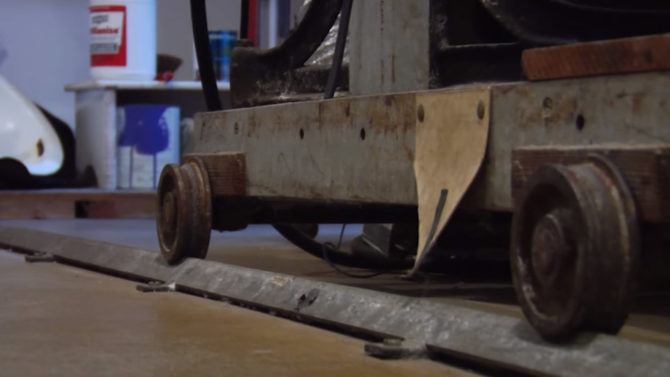 Originally built to run on railroad track (I’m not sure if that’d fly with my wife), and since modified to run on a similar set of custom track, both the enlarger and the surface which holds the paper can slide away and toward each other in order to increase or decrease the size of the projection onto the paper.

Inside the enlarger “head” itself are an array of 36 lightbulbs, each with their own individual on/off switches for an extra level of control over the print.  It seems like a lot of bulbs, but when you’re projecting an 8×10 negative onto a huge sheet of paper, you often want all the light you can get.  Many bulbs makes for an even spread with more overall output. 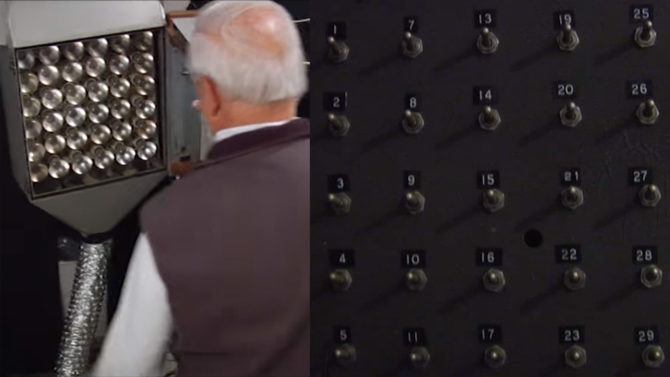 The rest of Marc’s series on Ansel Adams is absolutely fascinating, and is a great insight into his life, how he worked and the solutions he engineered to overcome problems in the darkroom and limitations he faced.

I have a feeling I’ll be living in the shed if I suggest building my own large format enlarger to my wife, but it’d probably be worth it.

Do you still have your own darkroom? What DIY solutions have you come up with? If you’ve never shot film, does seeing the work and process of history’s greats like Ansel inspire you to give it a try? Let us know your thoughts in the comments.