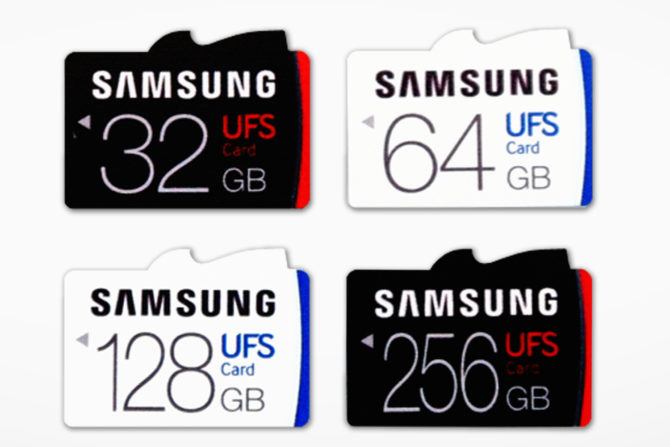 The current CompactFlash and SD Card standards have been around with us for a good while now.  CompactFlash has already had its dominance challenged in the new battle between XQD and CFast, but SD has thus far been relatively unscathed.

Samsung looks set to take SD head on with their new removable Universal Flash Card format, which packs up to 256GB onto a card about the same size of your thumbnail, but with performance five times faster than the fastest microSD cards available today.

Based on the JEDEC UFS 1.0 Card Extension Standard, these new storage devices are clearly aimed at the high demands of video users who are shooting high resolution video with DSLRs, 360° VR cameras, action cameras and drones. 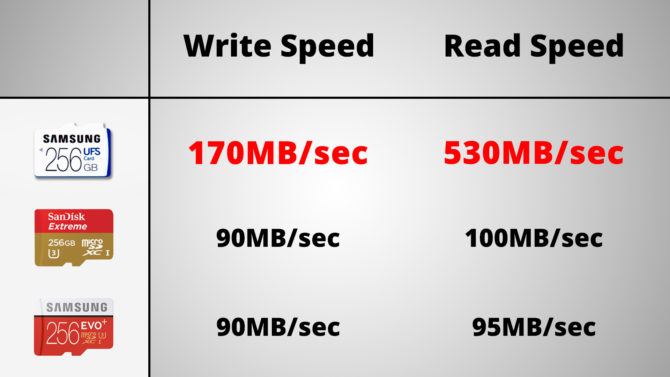 With users demanding more resolution and higher quality from their cameras, bitrates for acquisition are starting to get quite serious, and current SD & microSD cards may struggle to keep up.

The write speed still has a little way to go, but the read speed is already beats the CFast (350MB/sec write, 450MB/sec read) and XQD (400MB/sec write, 440MB/sec read), which will make getting footage and photos off the cards and onto your computer go just that bit quicker.

I expect this news will take some of the wind out of SanDisk’s sails, after announcing their new “World’s fastest” 256GB microSD card only a week or so ago, and it will no doubt eventually kill off Samsung’s own microSD market, too, including their recently launched 256GB Evo+. I’m sure Samsung won’t mind, however, when the new format takes off. 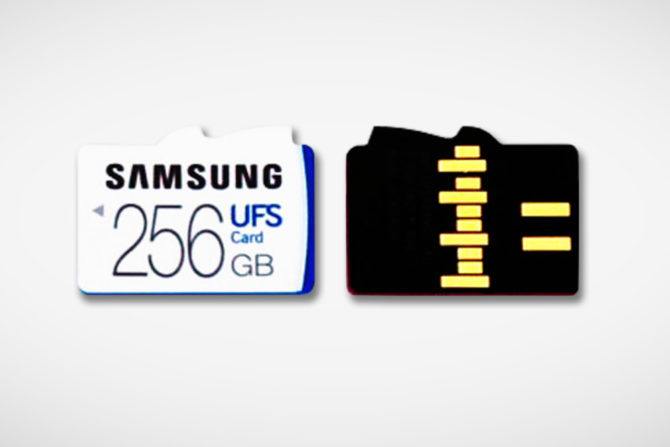 Given how many devices they manufacturer that utilise such small form factor storage, from wildly popular range of mobile phones to their new 360° VR camera, Samsung are in a powerful position to be able to ensure that the UFS format is implemented in devices fairly quickly.

That’s still going to take time, though.  SD and microSD formats still have a good amount of life left in them, and there’s already millions upon millions of devices out there being used daily that rely upon the format.  So, even as UFS inevitably works its way into our lives, the other formats won’t go away any time soon.

Not surprisingly, there’s no word yet on prices, or availability, or what devices may be coming that will support them, but I would bet Samsung aren’t going to want to wait around too long.

What do you think? Another new format that’s going to fade off into oblivion to be replaced by yet another after a few devices are released? Or will this become the new mobile storage king, and blow everything else away? Let us know in the comments.