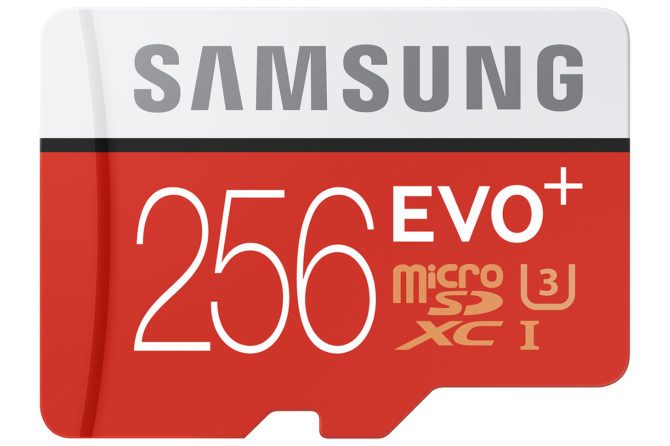 With the proliferation of data collecting devices like 4K cameras, 360 degree video recorders, action cams and drones which can quickly accumulate very large amounts of footage, larger faster capacity cards are all but inevitable.

The EVO Plus 256GB microSD card provides advanced protection, capacity and performance with long-term reliability needed to get the most out of today’s electronics, making it an ideal compantion for high-end smartphones and tablets with a microSD slot, even in the most extreme conditions.

The EVO Plus 256GB offers high read and write speeds of up to 95MB/sec and 90MB/sec, respectively, offering the level of performance required by both consumers and professionals recording 4K UHD video recording, as well as media rich content like virtual reality and gaming.

Capable of recording up to 12 hours of 4K UHD video, this card can also fit up to 33 hours of Full HD 1080p video without having to switch out a memory card.

While the old adage of putting all of one’s eggs in a single basket does immediately spring to mind, it does make life a lot easier for mobile users, GoPros, etc. without having to deal with stacks of cards, trying to remember which ones are formatted and fresh and which ones are full of footage you haven’t yet backed up.

With that in mind, I’d probably suggest picking up something like the Western Digital My Passport Wireless (and a microSD to SD card adapter), so that you can back things up in the field as needed. 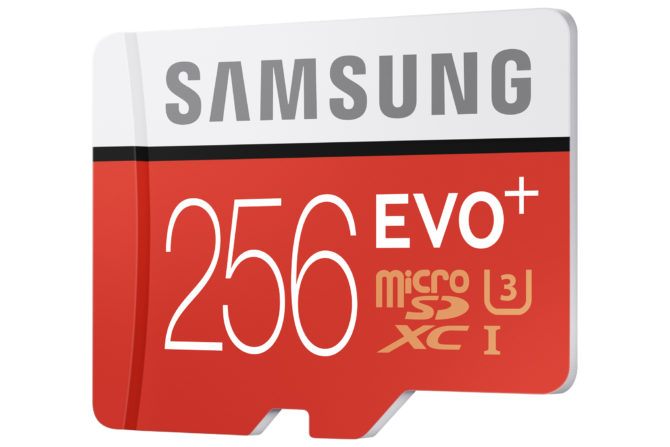 SamSung also boast a capacity of up to 55,200 photos, based on a 4032×3024 12MP resolution presumably shooting in JPG mode (the format of the Samsung Galaxy S7 and S7 Edge phones).  Their video estimates are based on a 30fps capture rate, so if you’re shooting 24fps for that cinematic look, you could even stretch that duration a little further.

While failures are rare with genuine memory cards that are well looked after, hopefully now that these cards are starting to get so ridiculous in their capacities, the trend of dual card slots in DSLRs over the last few years will also start expanding into action cameras and other devices which utilise microSD, so that you can create your backups as you go without having to keep pulling the card out, or risking it until the card’s full.

The Samsung EVO Plus 256GB microSD card will come with a 10 year limited warranty, and be available in more than 50 countries including the USA, Europe (somebody told them that wasn’t a country, right?), China and other regions starting in June 2016 and carry an MSRP of $249.99.

AJA Enters the Competition with its 4K UHD Cion

« How to create “The Ring of Fire” effect in-camera
Is your tripod a little off the level? Just tell people it’s a Dutch Angle »