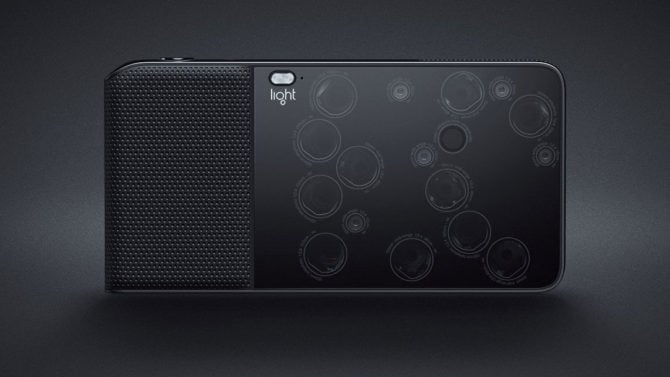 Since debuting the Light L16 last October, it’s a product that many have been following with interest. Some see it as an interesting concept that’ll probably end up being vaporware, while others can’t wait to get their hands on it and see what it may hold for the future of photography.

The latest round of announcements from Light show that the L16 is well on its way, and will actually feature a couple of improvements over its initial spec sheet, including more storage and a wider focal range.

Light have also released a short behind the scenes look at one of their manufacturing facilities in Asia, showing hte production of the most recent L16 prototypes.

Initially slated to hold 128GB of storage, Light have managed to source “a limited supply of 256GB internal memory parts”, and the L16 will be receiving this increased storage upgrade at no extra cost.

Given that the L16 will be able to shoot 4K video, this bump in storage capacity will be welcomed by those who planned to use it for more than just stills.  With the L16’s post-focus and depth of field fakery available in stills, I’d be interested to see how or if it carries over to the L16’s video.

Light had received criticisms on the focal range of the camera.  Set to be 35-150mm, many pre-order customers contacted them asking for a wider focal range, as 35mm equivalent just isn’t wide enough.  As a result, the focal range has been expanded slightly to a 28-150mm optical zoom equivalent.

This slight reduction in focal length at the short end is pretty significant, taking the maximum field of view from around 54° closer to 65°. This should be a big help to those looking to shoot landscapes, street photography or architectural images.

This change also does not affect the price, which is still $1,699, and the complete updated specs are on the Light website. If you haven’t already pre-ordered one yet, though, you’ll have a long wait ahead of you.  All 2016 pre-orders have been sold, and more orders are not expected to be opened up until 2017.

Hopefully, though, a more regular supply will be available sooner rather than later, thanks to a $30m series C funding deal, led by GV (formerly Google Ventures), which Light claim they will be putting to good use “as we scale our global supply chain to meet overwhelming demand”.

I’m kind of over the L16 already, and while these changes seem pretty good, it’s not really getting me as excited as the initial announcement did, but I would still like to get my hands on one to at least try once they’re more readily available.

Have you preordered already? Are you going to buy once orders are open again? Is there a future in this technology? Or is something else the way forward? Let us know your thoughts in the comments.