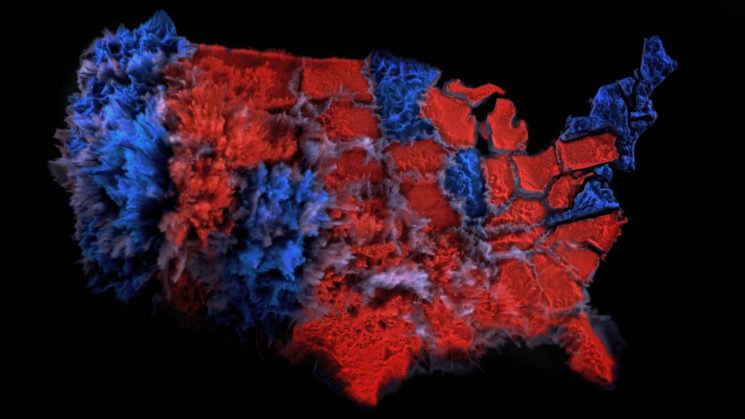 The message of unity and togetherness is a good and strong one to get across, especially right now. United Not Divided, from filmmaker Steve Giralt carries this message beautifully. And as impressive as the message itself is presented, how he created it is equally as awesome.

You might remember Steve’ from the also amazing Burger Drop video we posted about a little while ago. As you can probably tell, he’s no stranger to thinking a little differently in order to come up with unique visuals. In that video, Steve used a DIY Arduino solution to get everything timed up. This time, he utilises some DIY liquid cooled LED lights which really bring the flying sand to life.

To even come up with these ideas in the first place is very cool. Seeing how the solutions and how it all came to be reality is just mind blowing.

This project came about as a way for me to express my voice using the skill set that I have. Everyone has a different skill and I encourage you to use it towards sending a positive, thought provoking message.

To create the designs for the flag, states and country, Steve 3D printed some templates. These would act as stencils to lay out the differently coloured sand. The designs made from variously coloured sand are laid out on a “skin” using these templates. 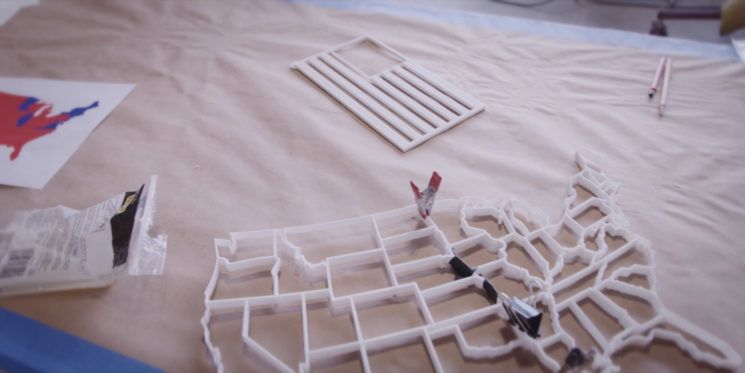 These were then touched up and neatened by a stylist. This allowed them to layer different coloured sand on top of each other, and keep the edges neat.

The “explosions” themselves are all hand powered. Steve then used his hand to hit the surface from below, causing the sand to fly into the air.

Lighting such a small scene, though, can be tricky. With such intricate detail, larger lights at greater distances often don’t provide enough drama. And these kinds of shots need that dramatic lighting. To overcome this, Steve created several small liquid cooled LED lights that surrounded the sand at key points. Making your own lights might sound like overkill, but it allows for a lot more control over the system.

Steve says that it took a lot of trial and error to make things a success. And I’m not surprised. It’s a lot of setup and prep for each short clip. Each clip was shot on a Phantom Flex4K to allow for very fast framerates that could be slowed down. The camera was covered in plastic to help prevent dust getting through to its insides. The entire set was surrounded by another plastic “tent” to prevent the mess from escaping into the rest of the studio. 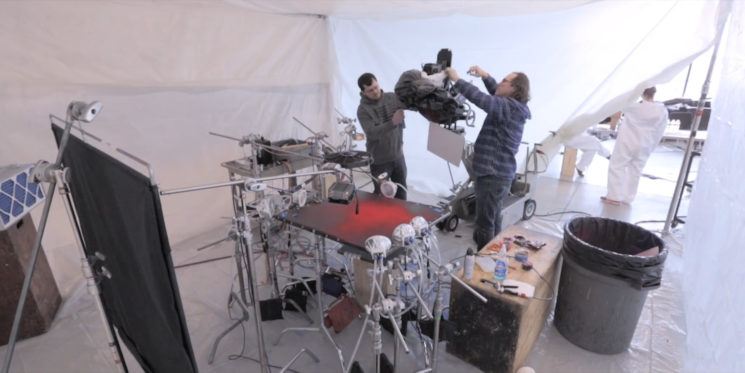 I found it really amazing that everybody, no matter where their background was from and who they voted for, what they believed in, all came together to tell this story and were on the same page as far as the message.

Which is, no matter what, we need to come together and see past our differences. There’s no way I could’ve done this project by myself.

A great message, and amazing technique. Well done Steve and all the crew.

« Tethering through Lightroom
This photographer makes images from inside his camera »