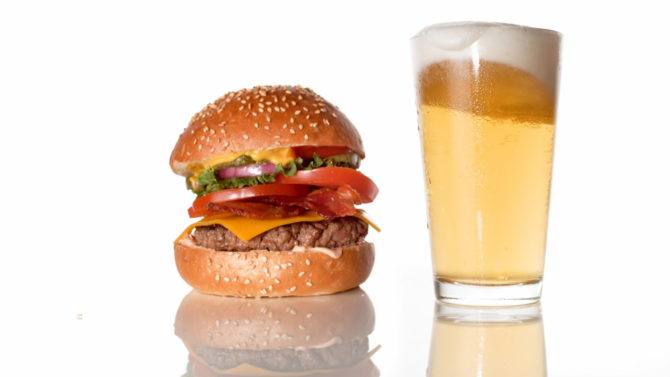 Food can be a difficult subject to photograph. There’s all kinds of things to take into account about the colour and texture of the food. You’ve got to make it look appetising to the camera, even if it doesn’t always look that way in real life. Shooting a single frame is difficult enough. So, imagine adding computer controlled knives, robot arm and a slow motion camera into the mix.

Then imagine dropping all the components of your meal from various heights and having them land perfectly. All this, while trying to keep it looking appetising throughout. Well, that’s exactly what director and visual engineer Steve Giralt did in his Deconstructed Burger Concept video.

Arduinos have been used to assist my photography before, a number of times. I’ve built intervalometers, laser triggers for flashes and as invisible tripwires for subjects, making the camera take a shot as somebody passes through. I’ve even turned one into a darkroom clock with a red LCD display. The Arduino is an invaluable tool to get repeatability and precision time after time.

As much as I’ve used Arduinos, I would never have considered taking things to the level that Steve has here. It’s an ingenious setup with amazing results. I generally tend use a new Arduino every time I want to build something. If you simply buy the ATMega chip & minimum required components, you can get that price down to only a few dollars.

I suppose, though, if you’re going to build something this complex, then you might as well build something you can adapt and use over and over. I should probably start trying to consolidate some of my own projects.

Building your own computer controlled rigs for photographs and video is great fun. Sometimes, it’s the only way you can even get the shot, short of a whole lot of luck.

Most photographers are introduced to the Arduino through water droplet photography. It allows you to get consistency from shot to shot and reliable, repeatable results. But the arduino is capable of so much more. Even manufacturers like BlackMagic are starting to let you interface Arduinos with their equipment, too.

Let us know what you think in the comments. Have you used the Arduino in your photography? What tasks did you have it perform? Are you hungry after watching the video now, too? Let’s get a burger.

« If you ever wondered what it was like to be taught by Ansel Adams, here’s your answer
Have you ever noticed the Purkinje Shift? »