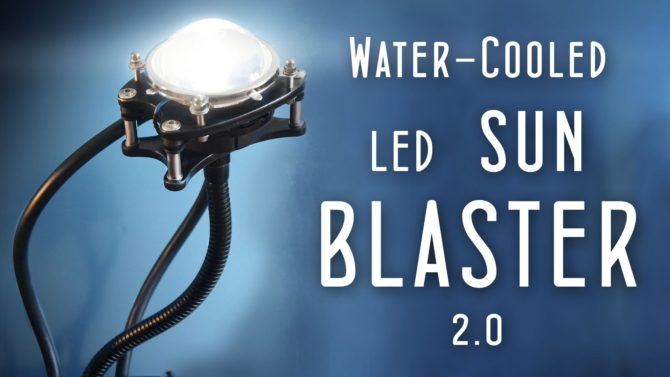 We’ve posted one or two high power DIY LED builds before, but these types of LED have a big problem. They generate a lot of heat, which means they require big heat sinks or very limited use if you don’t want them to melt.

Matthew Perks from DIY Perks has come up with a great liquid cooled solution based around a Corsair Hydro H90 CPU cooler to get around this problem and he’s documented the entire build process in his new video.

It’s definitely not a project for the faint of heart, as it’s pretty involved, but the result are very impressive and it looks very cool.

The cost for the main components comes in at around $205, so it’s perhaps not as inexpensive as some DIY solutions, but it’s still not a massive outlay for what you end up with.

You can get the price down quite substantially by going with a much cheaper LED, but you are going to potentially lose a lot of colour accuracy, which would mean more time correcting in post.

With the Yuji switched out for the Sanzo, the total cost is brought down to about $130.

You will need to add some angle bracket aluminium to this parts list and some MDF, both of which can be picked up fairly inexpensively at your local hardware store, as well as a few miscellaneous bolts and screws to hold everything together.

Along with the video, Matthew has also included a cutting sheet for the mounting bracket to which the LED and cooler attach to the gooseneck, based on AMD processor mounting specifications.

If nothing else, it certainly makes an interesting looking decorative light, albeit a quite expensive one, for your room or office. 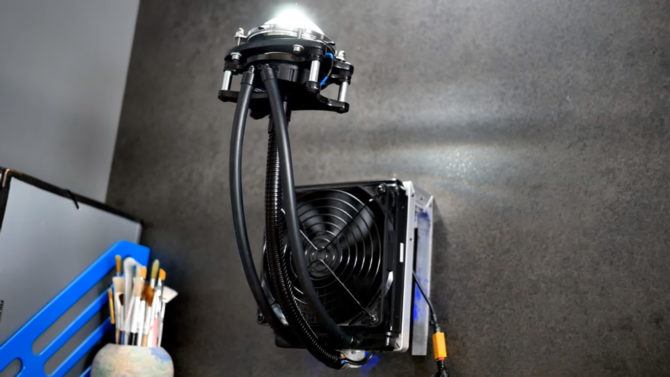 Apparently these ones come already filled.  Thanks for the info, Ras!

I’d seen the other DIY higher powered LED builds in the past and they all looked a little bit too “ghetto” for my liking, and never really fancied giving them a go, but this one’s actually a pretty intriguing idea. I wonder how effective the liquid cooling on this really is, especially if you’re using it outdoors in fairly warm conditions.

A water pump and fan might not be the best option if you want to use a light for video, but it doesn’t appear to make much of an impact to the sound on Matthew’s videos which he’s been lighting with this since December 2015.

What do you think? Best looking DIY high powered LED light so far? Or a bit over-engineered and expensive for what it is? Let us know your thoughts in the comments.

« It takes less than 100$ to move your strobe off camera. Definitely worth it
Russian Drone pilot’s footage goes viral after capturing an “active” couple at the top of a church steeple (maybe NSFW) »