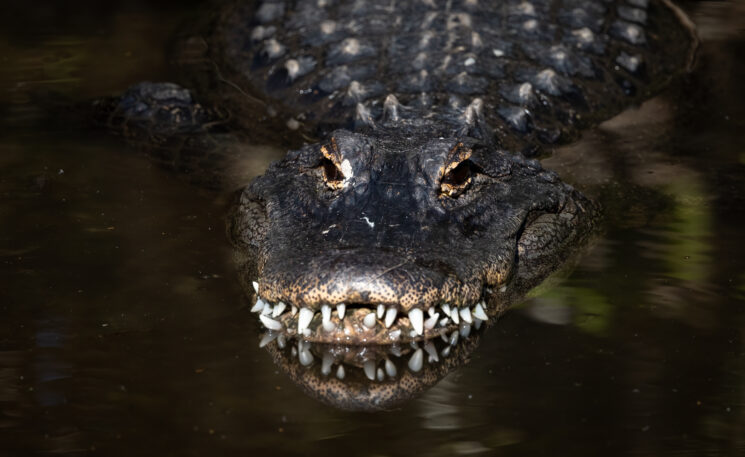 Another day, another animal eats a GoPro…or so it seems anyway. This time, it was the turn of a hungry and curious alligator in Florida’s Everglades that decided to see how a camera tastes.

Photographer and filmmaker Bobby Wummer was filming some shots of the ‘gator in Ochopee, Florida. Just to be on the safe side, he had mounted his GoPro on a 12-foot long pole and was making sure he kept it high out of the way. But obviously, it wasn’t high enough.

The alligator lunges at the camera and tries to eat it. For a few moments, we get some pretty incredible footage of the inside of its mouth. This is what being eaten alive must look like!

Luckily for Wummer, the alligator soon realises that the camera isn’t that tasty and lets go, the camera still on the pole.

“As you can see I did get an EXTREME close up inside the gator’s mouth,” says Booby. “This was not done intentionally, I didn’t think that he would actually lunge up and bite down on the cam. I was lucky and didn’t play tug of war which would have probably been the end of the camera!”

Bobby says that he was later able to retrieve the camera with only minor damage. Luckily for him, the alligator wasn’t harmed and also didn’t decide that Bobby was on the menu instead. Whilst alligators don’t often kill full-grown humans, they can move incredibly quickly and have been known to attack children. For future shoots, Bobby might be better off using a longer lens from further away. Even 12 feet is possibly too close for comfort with these sorts of wild animals.

« Confused by colour grading? Watch this complete guide to the basic concepts and tools
Dove uses deepfakes to highlight negative impacts of social media on teens »