When we share photo stories, we usually focus on the lighting, the gear or some other aspect of the technical process. Today we would like to share Jen Brook‘s Photograph and her story that is more about the emotions that go into a photo.

On the tenth day in October 2012, one year ago today, a child put a rope around her fifteen year old neck… 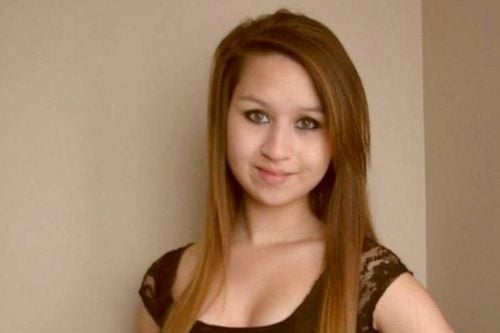 This is Amanda Todd. This is her story…

I saw this video just a few days after her suicide…and I haven’t been able to stop thinking about it since. The truth in a tragic tale of a beautiful young girl who didn’t know where to turn.

I didn’t know Amanda, but I wished so hard I’d spoken to her. The frustration was crippling. I don’t know if I’d have made a difference but not knowing was even worse. I wanted to tell her that what matters today, won’t matter tomorrow…and everything will be alright in the end.

School ends, those days are insignificant in retrospective. They really don’t matter. Whatever she did, it did not matter. Why did nobody tell her that? 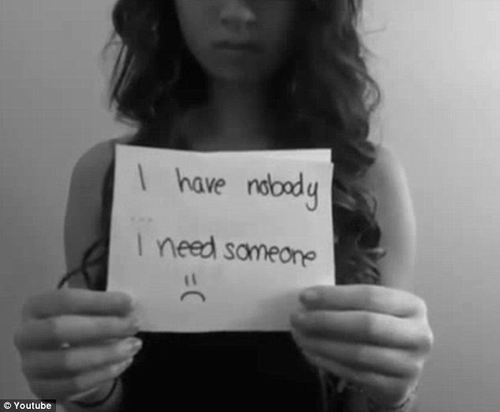 Significantly affected, my next Dreamcatcher image is for anyone lost; because although I’m too late for Amanda, I had to tell others…you are not alone.

I approached Andrew Appleton about the concept who agreed to shoot it for me along with other model Gema and his assistant Vicki. I wanted to portray two stories in one image, suggesting that every time we feel isolated and like we’re the only person to have suffered that experience…there is always somebody else who has been through something similar and survived to the other side.

To connote two stories intertwined without acknowledgment, I asked Andrew to shoot looking down on two characters in toilet cubicles side by side without the subjects being aware of each other. After weeks of hunting for a suitably high ceiling in a public toilet, Gema located the perfect place at The Lacehouse in Nottingham who kindly agreed to let us in. 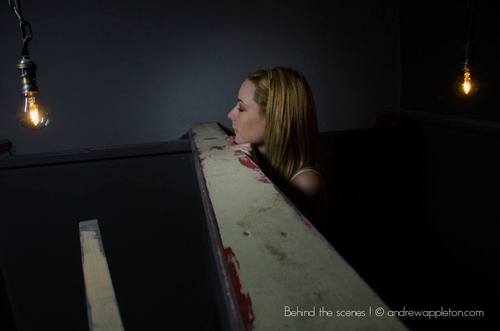 It was a difficult image to create (both in practicalities and emotionally)…and although the inspiration for this shot was gut wrenchingly negative, I needed the message to remain positive. I truly hope that this very real story is a reminder to myself and to others, that there is always, absolutely always, a new tomorrow beyond today.

Today is World Mental Health Day, talk to people. Make this positive, you might just save a life.

In memory of Amanda and all those who weren’t told…

“You are not alone” 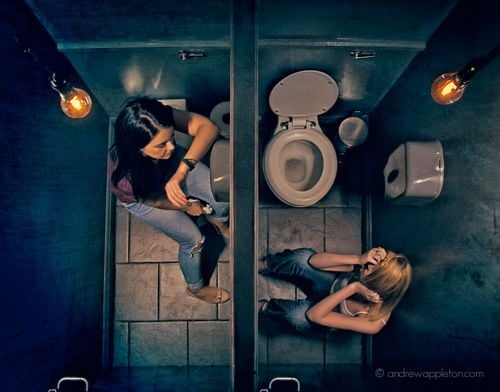 This series is part of a wonderful project called Dreamcatcher by model/creative Jen Brook. If you are inspired, you can learn more about this project in an interview she did with fstoppers.

Jen Brook is a creative fine art, conceptual and fashion model based in Preston, England. You can follow her Facebook here and her Twitter here. She writes in the same style over at Tumblr, so make sure you give it a visit. This article originally appeared here.

Dear Automated Sales Bots – F*#K Off and Leave Me Alone!

This guy made his own “Google Street View” of Mauritius. Alone. With a drone

44 US Attorneys General: “Hey, Instagram, leave them kids alone”
« Expectations: A Two-Way Street (Or Assistant’s Expectations From Photographers)
Memory Cards Have “Less Space” Than Advertised, Here Is Why »