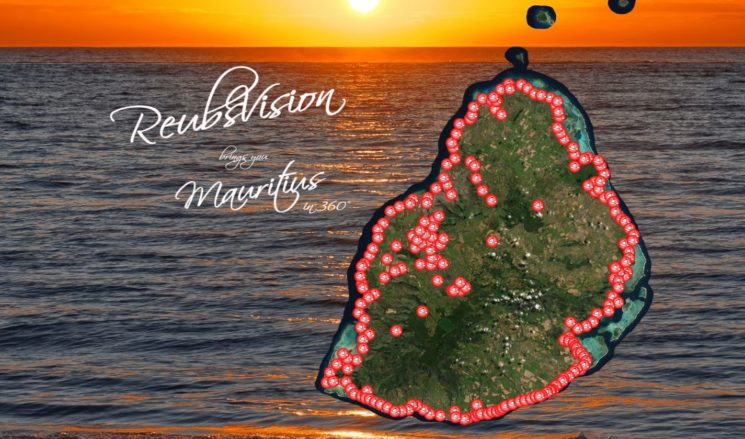 Mauritius is a tiny island sitting about 2,000 kilometers (1,200 miles) off Africa. Like I mentioned in one of my previous articles, Google Street View isn’t available everywhere – and Mauritius is one of those places. But one of its residents took matters into his own hands. Reuben Pillay took his DJI drone, drove across the island and took aerial photos of the entire coastline. He basically created his own Street View of this beautiful island, made from 360-degree images.

Reuben named his project ReubsVision, and as you can probably imagine, making it was quite a task. It took him a year and a half to travel around and take all the photos with his DJI Phantom 4 Pro. He stitched photos of each location together to create 360° images. So far, he has created over 220 ultra-high-resolution photos covering the entire coastline of the island, and more.

“I have used Google Street View before, but it’s not available for my little island — the Google street car never made it here,” Reuben told PetaPixel. When you visit the island through Google Street View, you can indeed see very few 360° images – but all of them were made by people who visited the locations.

Reuben says that he wanted to create “something with much better uniform quality.” This is why he made ReubsVision for everyone who wants to explore his island. You can visit the website and clock on the little red icons to “visit” each location. If you sing up, you can also mark the places as visited, or add them to favorites, similar to Google Maps options.

I must admit that I’m amazed that Reuben did all this on his own. He didn’t only invest his time and money into the project, but it took a lot of effort into taking photos, stitching them, and building a website. I’m honestly impressed! And after browsing through ReubsVision for a while, all I can say is that I truly hope I’ll get to visit Mauritius once the pandemic is over.