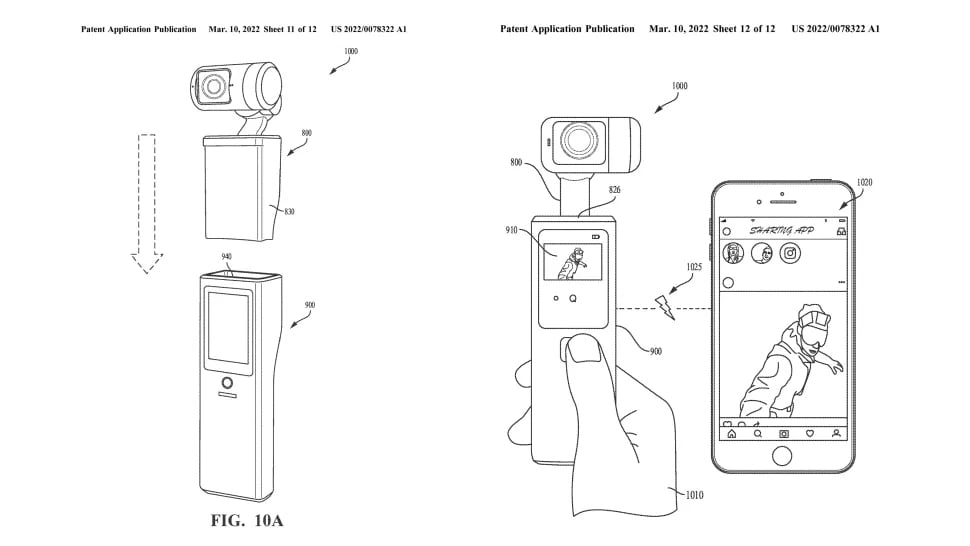 While GoPro is still sort of the leader when it comes to action cameras, it’s been a while since they’ve really done anything different. Sure, there’s the now-abandoned (for some reason) GoPro Hero Session, but other than that each generation of regular GoPro Hero has just been an incremental update on the previous one ever since the Hero 5. Of course, there was that whole Karma business but that’s also gone.

It looks like part of the Karma idea might be coming back, though, at least in spirit. Along with the Karma drone itself, GoPro released a Karma Grip, that could be used either inside the drone or handheld with the GoPro Hero action camera. Now, new patents suggest that GoPro might be looking to tackle that handheld gimbal market again to try and take on DJI again.

Published on March 10th, the patents describe a system of “combined mechanical and electronic image stabilization”. The electronic side of things is something that GoPro has already got figured out pretty good, for the most part. But when it comes to mechanical stabilisation, you’re still relying on a 3rd party gimbal if you want it with your GoPro, or you’re buying a completely different type of camera like the DJI Pocket 2.

There is no double that the original DJI Osmo Pocket and the DJI Pocket 2 have been popular, as evidenced by the number of similar units from other companies out there, like this one from Feiyutech. When it comes to modular action cameras, Insta360 led the charge with the Insta360 ONE R, followed by the DJI Action 2, although GoPro seems to be taking a different approach and combining the two to essentially form a modular pocket camera. 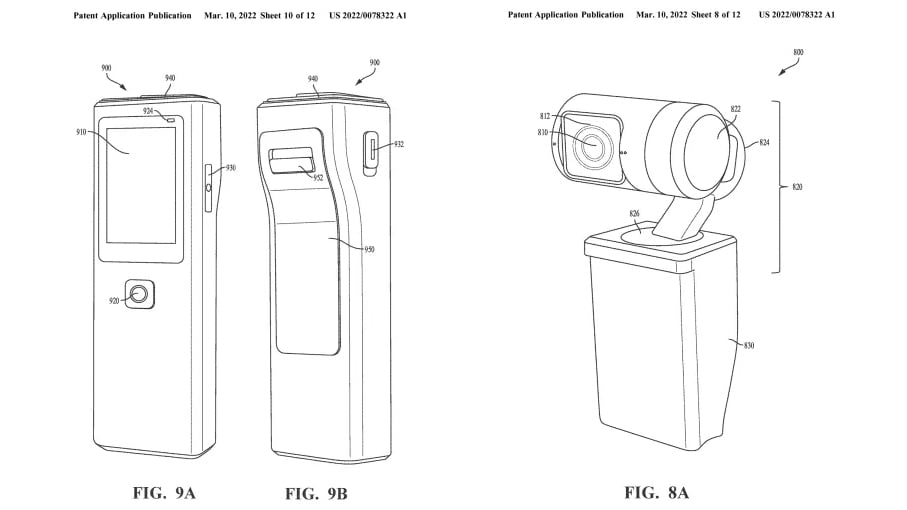 That being said, GoPro arguably has better electronic image stabilisation tech than DJI, so in combination with mechanical stabilisation of a pocket style camera, it might offer even smoother results than we’re already seeing on the DJI Pocket 2. No doubt GoPro has been feeling a bit of a hit in sales as a result of vloggers and general non-action types switching a pocket style camera than the more typical GoPro Hero line action camera. So, perhaps this is their way of fighting back to try to regain some of that lost market share.

Hopefully, if this comes to reality – and just because there’s a patent doesn’t necessarily mean that it will – there won’t just be the one camera module for it. Because if it does only offer a single camera module, then there doesn’t really seem to be all that much point in making it modular.

You can check out the full patent here.

« How to – and how definitely not to – photograph mirrors
25% photographers face mental health issues, new study shows »