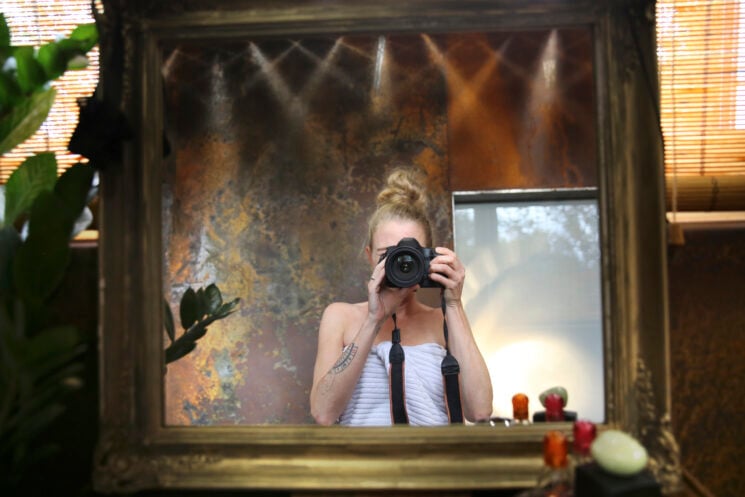 What’s the most difficult thing you’ve ever had to photograph? A bicycle? A French horn? Silverware maybe? What those things all have in common is that they are all highly reflective objects, and often present some issues when photographing them.

But first, these are my favourite mirror photography fails, courtesy of Twitter where there is a whole account dedicated to it, you’re welcome!

New Follower Welcomer Erik says "Welcome, New Followers!" Welcome to our group of people who enjoy people who can't get out of their own way :) pic.twitter.com/DyzqgYz2P8

And now for the correct way to photograph a mirror, should you ever have to do it. Obviously, you want to avoid having the reflection of yourself, your camera or your lighting appearing in the mirror, and this is what makes it challenging. There are certain laws of physics at play here (don’t worry, it isn’t too complicated!).

The main one, of course, is that “the angle of incidence equals the angle of reflection.” You might have heard this rule trotted out from time to time, it sounds complicated and fancy but really it’s very straightforward. Basically, you need to photograph at a slight angle, it is almost impossible to shoot straight on. However, if you must get a straight-on point of view then a tilt-shift lens will help you out here. Even small angles make a huge difference.

The second rule when photographing shiny or reflective objects is to remember to light what the object is reflecting, not the object itself. So for example, if you want the mirror’s reflection to appear white or with a nice gradient then you need to create that for it to reflect. It’s the same whether you are shooting a stainless steel teapot, sunglasses or a trumpet.

Now let’s see how Carla tackled a commercial shoot for a furniture company with 32 different mirrors!
“I used a 90mm Tilt-Shift lens with my Canon R5 and mounted the mirrors on a long white wall,” Carla explains. “I positioned my tripod off centre (to the left) so that I could not see my reflection in the mirror. I then shifted the lens to the centre (to the right) so that the mirror was in the viewfinder.” 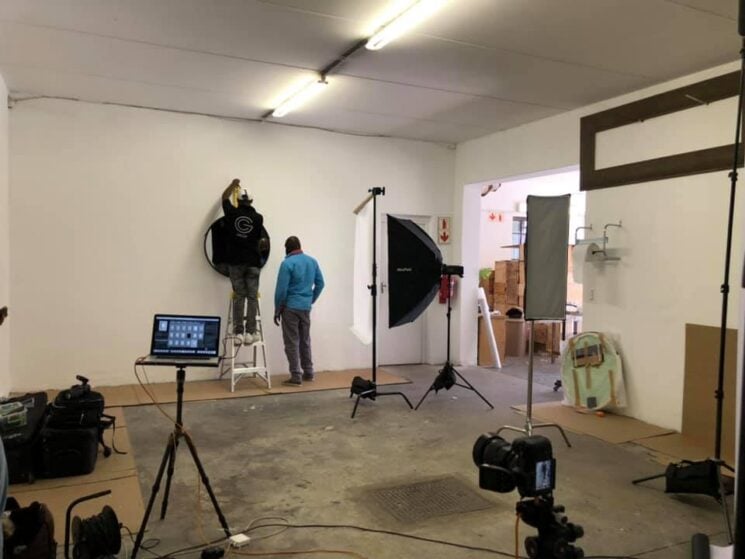 The magic of course was all in the set-up. Behind her, Carla set up a very long 3m white backdrop and lit the background with a Godox AD400 in a strip box gradient from left to right (or vice versa). She also lit the mirrors and the wall that they were against with two big softboxes from each side. “These lights did not light the mirror,” Carla explains, “only the frame and the surrounding wall. And I made sure that I could not see them in the reflection from the camera point of view.”

You can see how well the images turned out in the examples below. 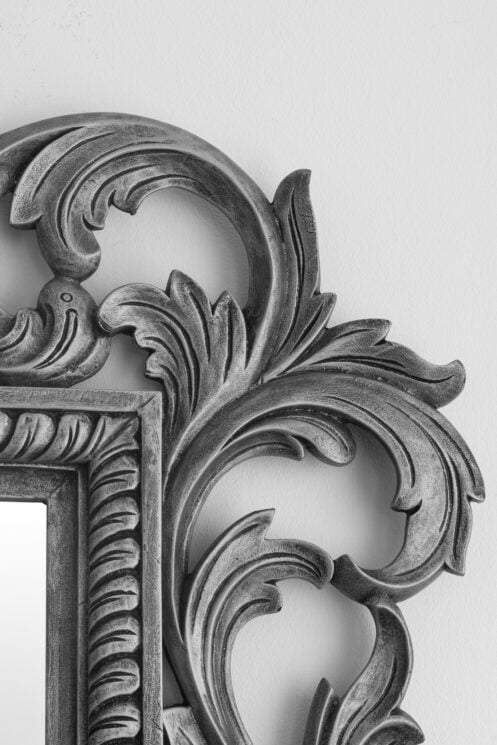 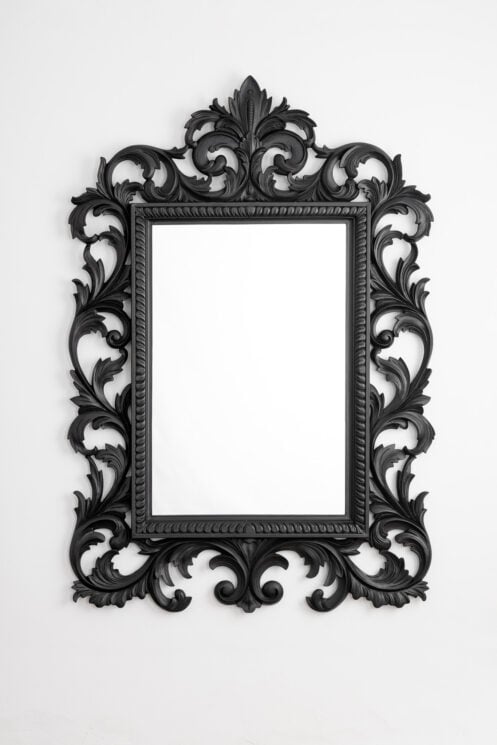 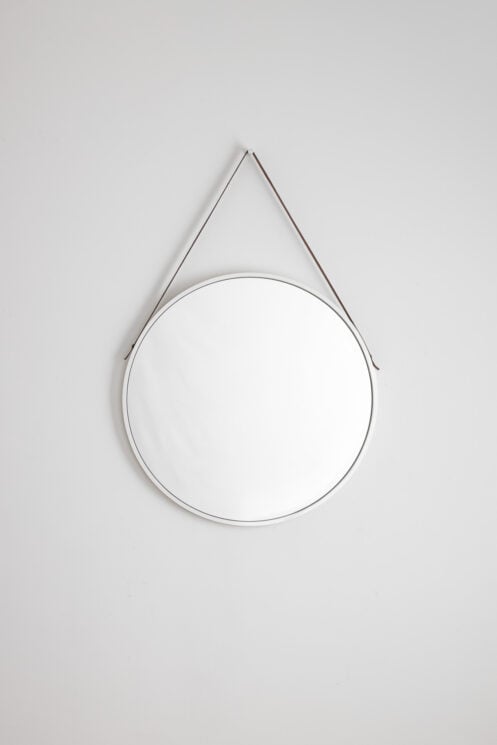 The other thing that Carla did exceptionally well is the styling for some of the mirrors. Once again, you have to be mindful of what the mirror is reflecting and actually create a scene for it to reflect. These images show how beautifully it turned out:

“It worked relatively well,” Carla says. Of course, much of photography demands a problem-solving attitude and Carla says that she did encounter some obstacles that she had to overcome. “Some problems I had were that some of the mirrors were quite long and my backdrop was not high enough or I could not get it close enough to get the entire length in the reflection. I was also limited by how close I could bring the backdrop forward due to my tripod with the 90mm lens being in the way.”

When that happened, however, Carla simply cut out the reflection in post and added a new one in Photoshop. Of course, you could do that for the entire shoot of mirrors, but often it’s much quicker and much more satisfying to get it right in-camera as much as possible. Personally, I dislike having to correct mistakes in post when I could have simply spent an extra 10 minutes sorting out something in real life with the camera. However, that being said, photoshop is always an option when you can’t correct it in real life. It’s simply another tool at our disposal.

So now you can see exactly how to photograph mirrors. All it takes is a little understanding of a couple of basic rules, a couple of lights and diffusers, a tilt-shift lens (you can rent one), and a little creativity. No more crazy mirror-selling fails! Except maybe on Craig’s list…