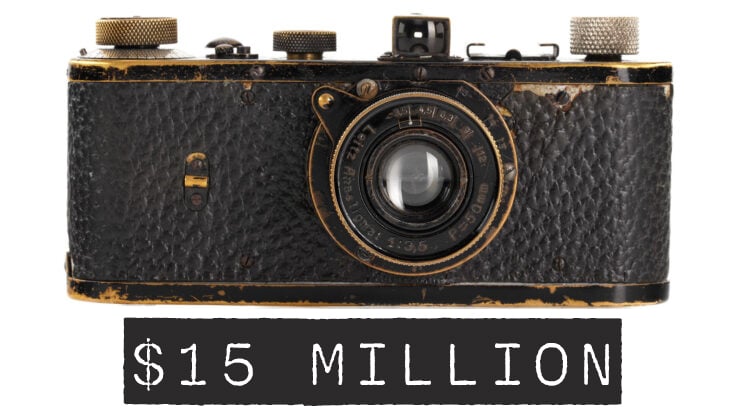 A rare Leica 0-Series No. 105 from 1923 recently went up from an auction. As it was Oscar Barnack’s personal camera, it was expected to break the record and fetch $3.3 million. However, it broke all the records and expectations, fetching over $15 million!

The camera was auctioned at Leitz Photographica Auction on 11 June. As we reported before, it’s a very rare and a very special piece. It’s one of only 23 cameras that were produced to test the market, two years before Leica even officially hit the shelves. And since it belonged to Oscar Barnack in the flesh, it makes it even more valuable.

Before the start of the auction, Barack’s Leica was estimated to fetch between €2 and €3 million (between $2.09 and $3.13 USD). The starting price was €1 million ($1.04 USD) and this special, lovely Leica broke the world record, big time! It reached the hammer price of €14.4 million including the buyer’s premium. Converted in US dollars, it’s $15.05 million at the moment of writing this.

By reaching this price, Barnack’s Leica broke the previous record set by the same camera model. In 2018, another Leica 0-series from 1923 was sold for €2.4 million ($2.51 million). After the more than successful end of the latest auction, I believe it will take a long time before another camera sets a new record.

« Amazon ripping off Peak Design camera bags says John Oliver in humorous yet serious attack on big tech
Leica is increasing prices by up to $400… Again. »