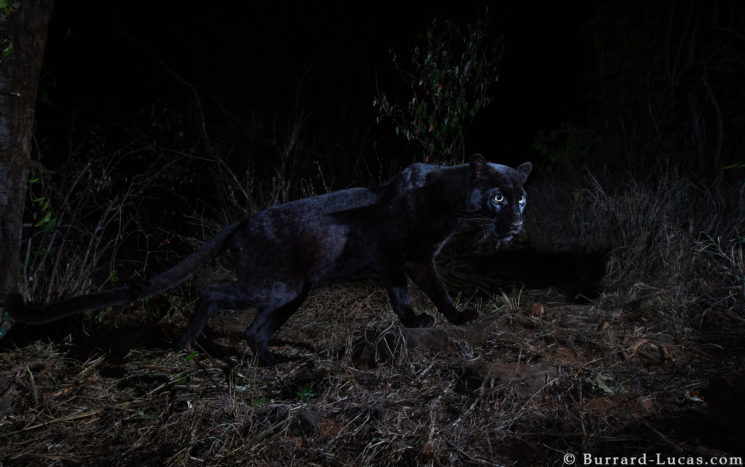 The black panther has been one of the most iconic creatures the world has ever known. They have such beauty and power, yet are extremely rare to find in the natural world. There had been rumours that at least one was living in the Laikipia region of Kenya, but without any high-quality footage or photographs, confirming their existence was impossible.

This led British wildlife photographer, Will Burrard-Lucas on a mission to Africa, to finally capture the majestic big cat on camera in Laikipia Wilderness Camp. To do so, he used several camera traps from Camtraptions. And eventually, his patience and perseverance paid off, capturing some absolutely stunning photographs of wild black panthers.

The most difficult part about photographing these animals, or any animals, really, but especially so with animals so rare, is finding out where they’re going to be. You have to set your cameras up in advance, and then just hope the animals come past. You can take a little guesswork out of the equation by knowing the animal’s habits, and studying evidence of previous visits to the area by a certain species, but there’s still a lot of luck involved much of the time.

Where Will set up his camera traps, he felt quite confident that leopards had been through the area before, but he didn’t know if they’d be the elusive black version, or just the regular spotted leopards – which are still very beautiful animals, but not what he’s looking for.

The camera traps Will used were based around Camtraptions wireless PIR, hooked up to DSLRs and mirrorless cameras. Each of these was then wirelessly connected to several speedlights. When an animal tripped a sensor, the camera and flashes for that sensor would fire, capturing a lit image of the scene. 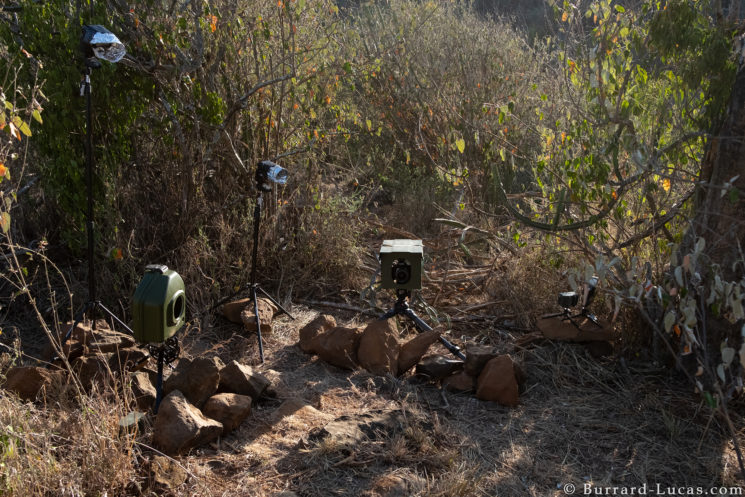 Will set up several such traps around a particular area and then left them to do their thing undisturbed so that wildlife could move about the environment as they normally would.

Upon returning to the traps to see what they had found, he spotted a few of the usual creatures, such as the mongoose, and regular leopards, of course… 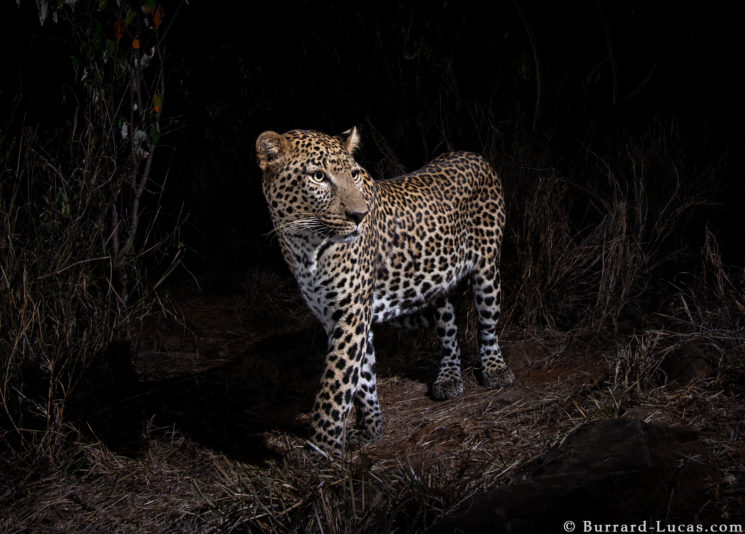 But then, there it was, the black panther emerging from the darkness. 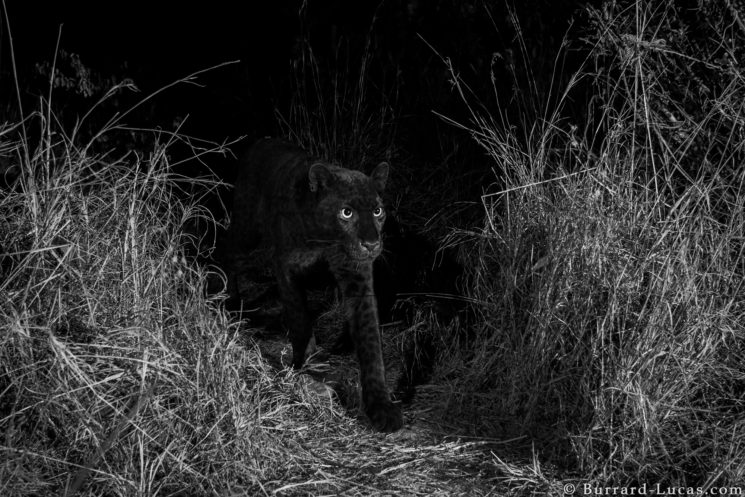 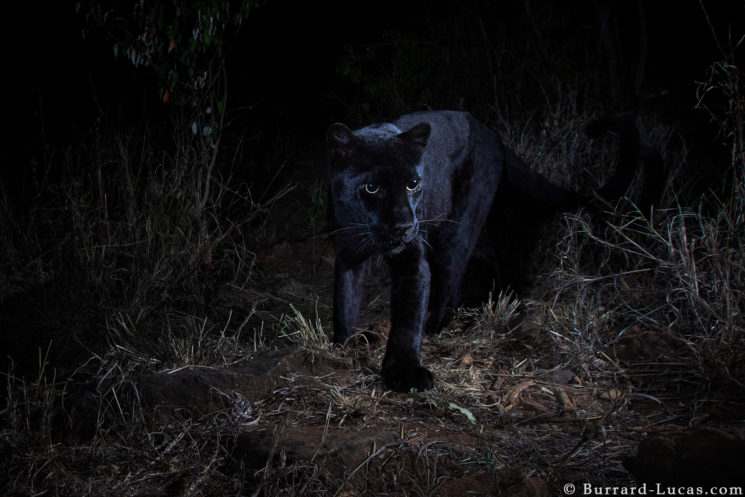 The lead researcher for a leopard conservation programme in Laikipia County and scientist at San Diego Zoo Global, Nicholas Pilfold PhD, says that “collectively these are the first images in nearly 100 years of black leopard in Africa, and this region is the only known spot in all of Africa to have black leopard”.

So, I’ll bet Will’s very pleased with the results he’s managed to achieve.

As well as the video above, you can find out more about Will’s adventure to capture the black panthers on camera, and see some more of the photographs he created over on his website. And don’t forget to check out the Camtraptions Camera Trap he used to capture them. They’re certainly a few steps up from the usual “trail cams” we often see used to capture wildlife.

If somebody ever told me I could have one of these beautiful creatures, it might finally convince me to get a cat. But I know that can never happen. I’ve thought they were amazing since I was a little kid, but I’ve only ever seen one black panther in real life and that was at Chester Zoo. What I wouldn’t give to see them in the wild.

My quest for the winery photo