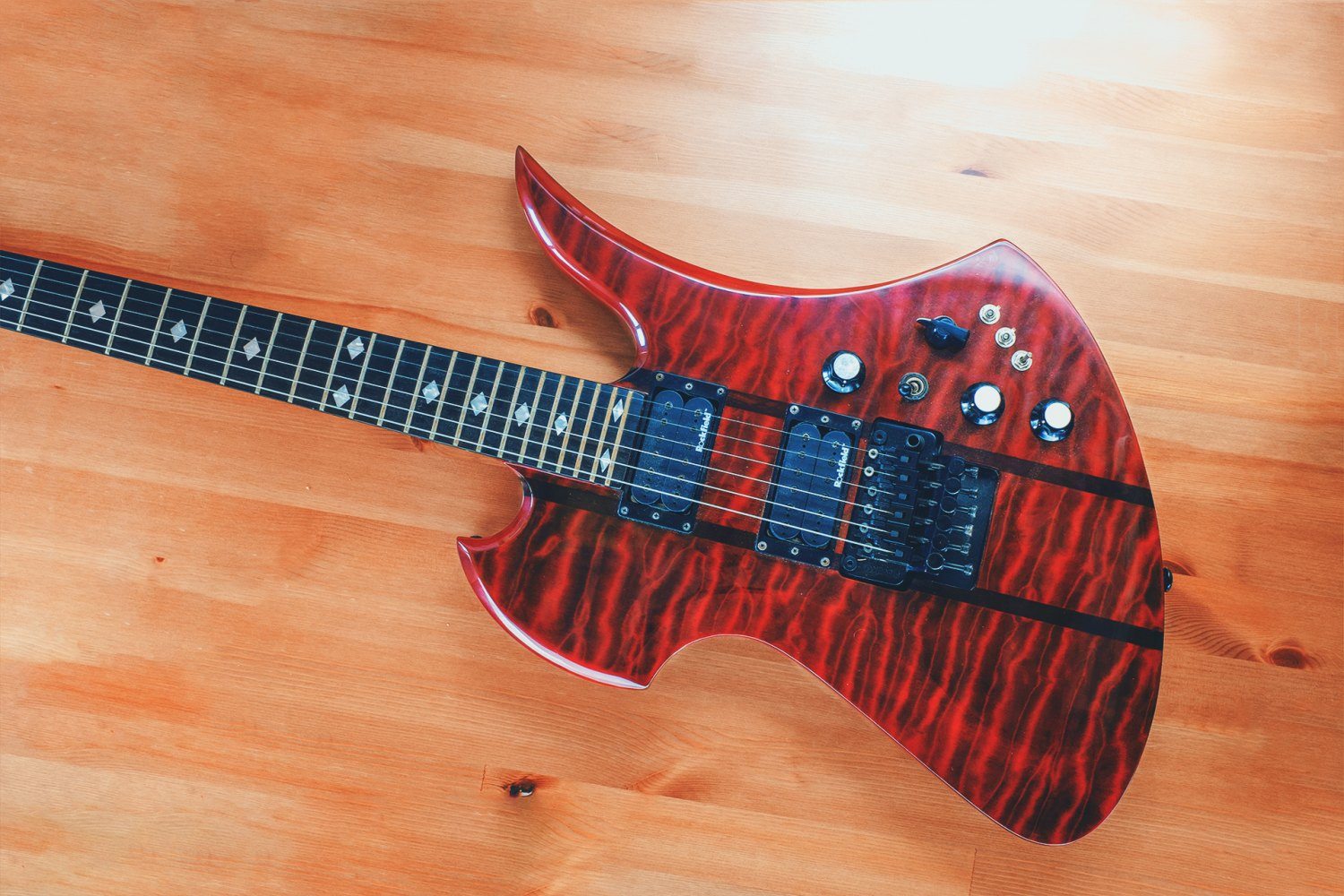 Living on the 9th floor in my apartment, anything that gets left in the car, stays in the car. Even if I later “suddenly” remember that I need it while I am at home. Having the enormous responsibility of my project 365, this is usually bad news for me. I knew that I was going to take a picture of one of my guitars because I had planned to. The only problem is, I wanted a table top. And for that… you need a tripod. I’m sure you know where I am going with this. Yes, the tripod is in the car, and its pouring outside, its cold, and anyway I’m flustered because I decided to postpone the picture till 2:00 am. I’m just not going down to get my tripod!

So it was time to work around it, because honestly, I couldn’t think of anything else to take a picture of… 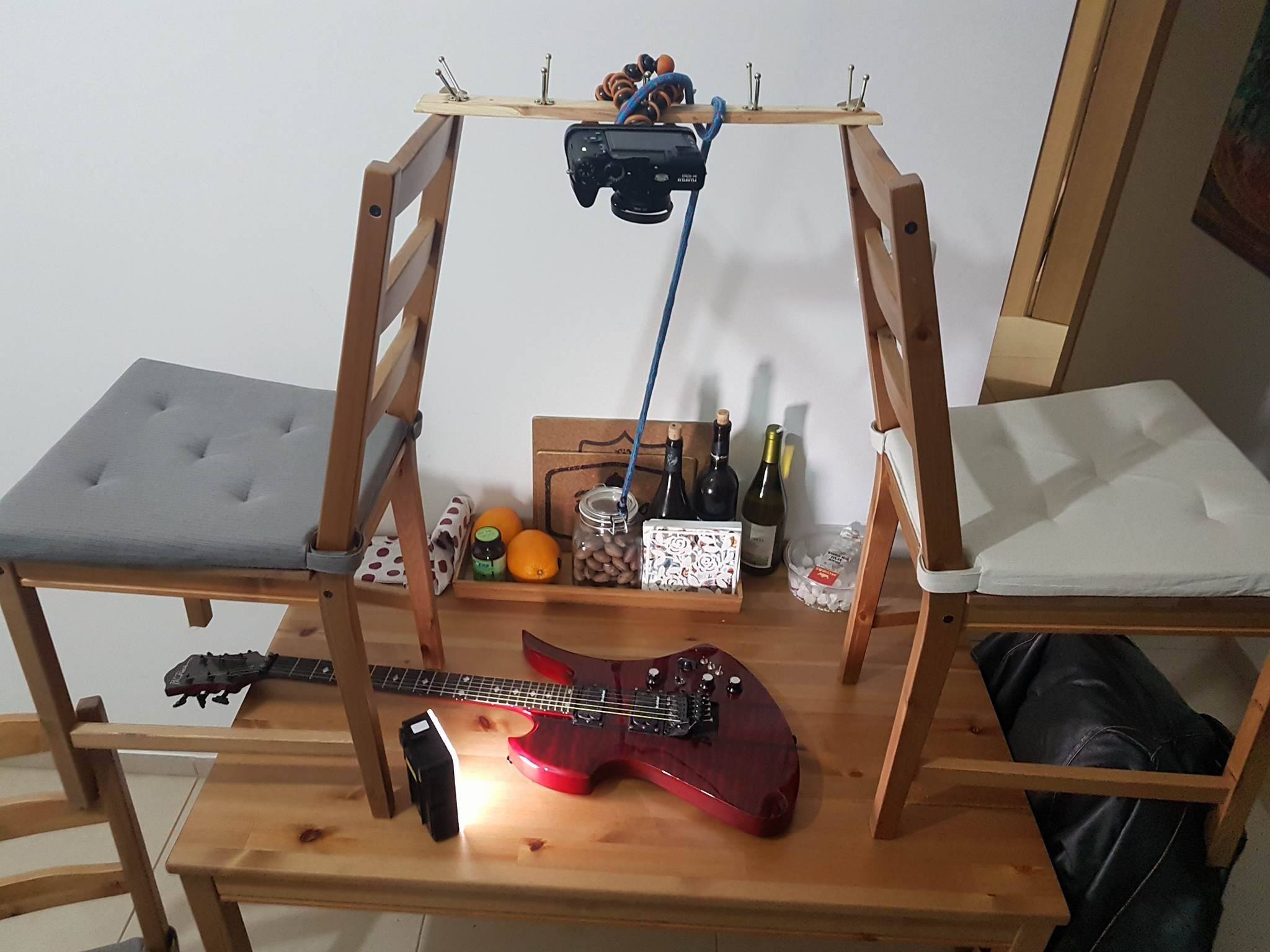 So I knew I wanted a wood background for my guitar, a nice tabletop from Ikea will do just fine. Next I needed to raise my camera, I put the chairs on the table, but turns out the table wasn’t wide enough to give me enough space to shoot the whole guitar. So I moved them apart as far as I could and let another two chairs hold them up. I have this Gorillapod that I have lying around so I knew if I could attach it to something we could get the camera angle.

I found this coat hanger we haven’t put up yet, and it worked ok, but I now faced two problems.

Luckily I had some bungee cord tucked away in the mess where I know where everything is. I tied the bungee cord around the coat hanger and attached it to our jar of pecans which was JUST heavy enough to counter the forward weight of the camera! That’s it! I was set to take the picture!

A little bit of light painting with an LED torch, masking, toning, and VOILA. No tripod needed here!

Here is the SOOC photo, you can see the finished photoshopped version on the top of the post. 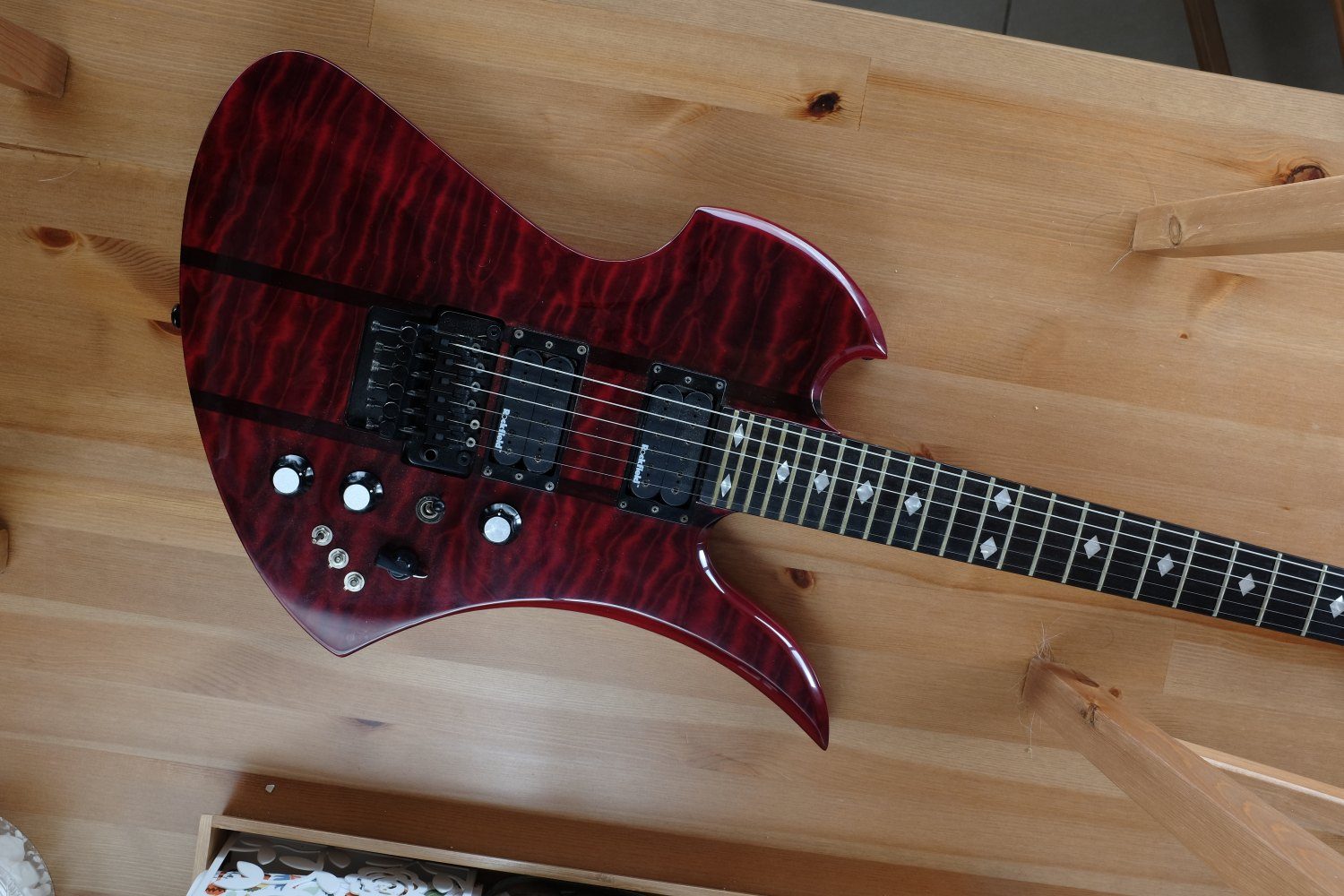 Moral of the story, always have some bungee cords lying around.

Adam Frimer is a photographer and a filmaker based in Israel. You can see more of his work on his Instagram.