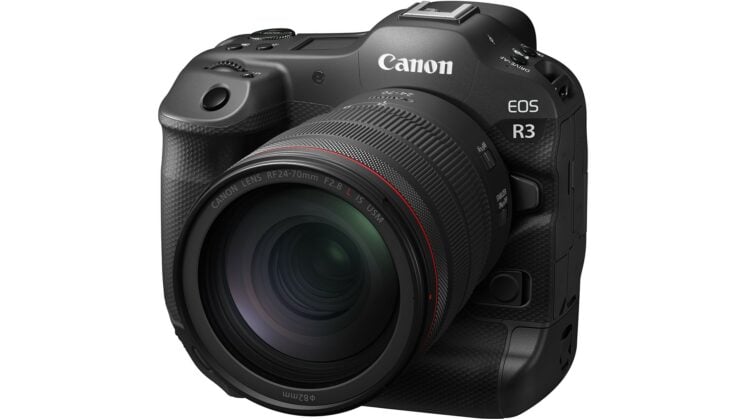 Well, it turns out that Canon is making their own sensor for the Canon EOS R3 after all. After a wording change on various Canon websites last month suggested that it was designed by them but manufactured by somebody else – possibly Sony – Canon has done something they almost never do. They’ve publicly addressed a rumour.

As well as the wording change, an interview with Canon Russia’s Head of Product and Consumer Expertise, Andrey Tischenko by Russian photography website PhotoWebExpo points out that the first Canon camera to contain a stacked sensor was the G7X Mark III – which contains a Sony sensor. But now Canon has confirmed that no, Sony isn’t making the EOS R3 sensor. They are.

Essentially, people were reading between the lines and drawing their own conclusions. And it was largely presented as that by most sites until EOSHD seemed to report it as a flat out fact without the usual caveats, along with a datasheet for a new 30.65-megapixel Sony CMOS sensor. PetaPixel points out that the EOSHD article has since been edited to turn their previous statements of alleged fact into speculation but also quotes the lines from their original report.

This is the first time Canon has had to go to Sony for a modern flagship EOS camera, to tap the company’s back-illuminated stacked sensor technology.

It must work out more economical to buy the sensor from Sony than to develop the same thing themselves and license all the patents. Still, a sign of the times.

This means that essentially the images coming out of the Canon EOS R3 are Sony images. Although image processing and colour science do count for a lot, the fundamental capture is by Sony. Politically, this must be hard to take at Canon.

– Quotes from the original EOSHD article

You can see why Canon decided to actually address this rumour. In a very clear and concise statement, the company told PetaPixel that the sensor that will be contained within the Canon EOS R3 mirrorless camera is both designed and manufactured by Canon themselves.

The sensor in the upcoming EOS R3 camera is Canon designed and manufactured.

So, that’s the definitive answer from Canon. It’s their design. They’re making it themselves. It’s nothing to do with Sony. The end.

This actually gets me more excited for the camera. I still won’t be getting one, but I’ll be very much looking forward to seeing how it stacks up to the competition when it’s released. Canon’s sensors have shown a marked improvement since they started sacrificing their DSLR lineup in favour of full-frame mirrorless cameras.