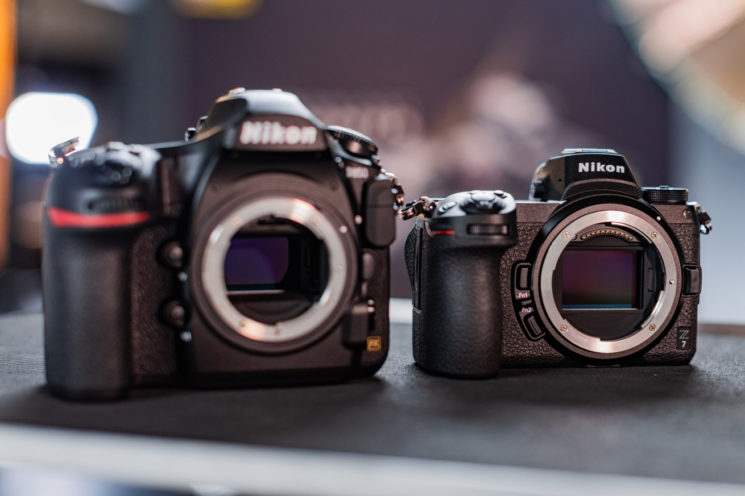 It’s not much of a surprise, given that tomorrow’s supposed to be the official announcement, but now we’re seeing more Nikon Z6/7 leaks. This time it’s a photo of one in the real world, and something of a specs list, along with a price for the Z7 (no word on the Z6 yet).

I can hear the cries of “fake news” already, as you begin to read the next sentence.

Both cameras are equipped with a Z bayonet, while the Z6 will receive a stabilized 5-axis sensor with a resolution of 24.5 MP and a 273-point focusing system, and the more advanced Z7 is a 45.7 MP sensor with a similar stabilization system and AF at 493 points.

Instagram account @nikon_mirrorless then followed this up with a quick comparison chart showing the Nikon Z7 vs the Sony A7RIII and the Nikon Z6 vs the Sony A7III. For the most part, it looks like they might stand up against the competition rather well.

It’s cropped off the table above, but the Nikon Z7 price is said to be £3,399 in the UK vs the Sony A7RIII’s £2,899. So, it’s a little more expensive, but not enough to justify selling all your lenses at a loss and buying them all again in Sony mount. It would cost you more than the £500 you’d save on the body.

Another comparison chart with a few more details was also posted to Flickr showing how the Z6 and Z7 stand up against the mighty Nikon D850 DSLR. 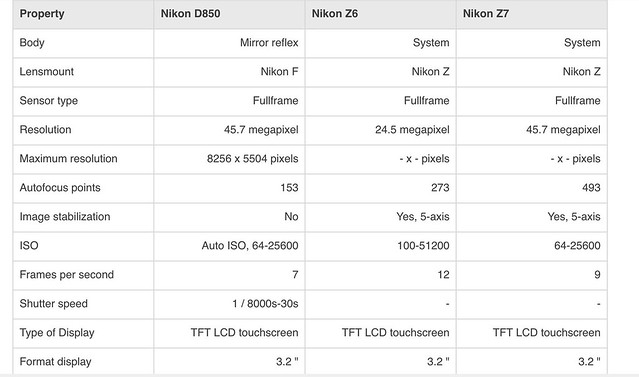 The chart was split into two images. 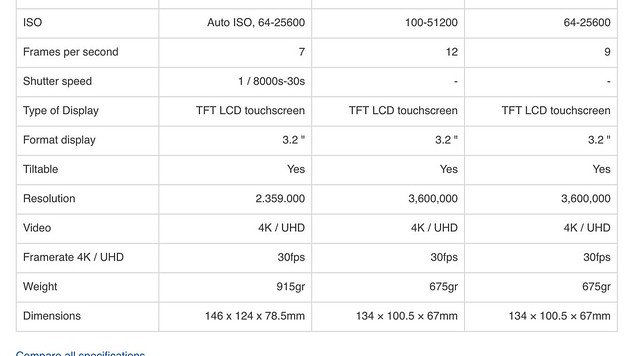 This image of the Z7 side-by-side with the Nikon D850 was also posted to Flickr by the same user. 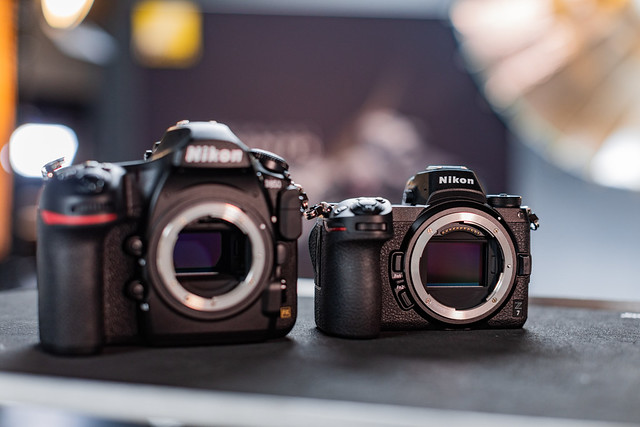 If these specs are true, then it looks like Nikon may not have made the same mess with the Z series that they did with the Nikon 1 series mirrorless cameras. They’ve actually learned from their mistakes and perhaps, just maybe, they’ve even listened to some of their customers.

Now that I’m seeing the Z7 in the light, it doesn’t look quite as ugly and weird as I first thought. The design looks much more like the Nikon SLRs and DSLRs we’ve come to know and love over the past couple of decades since about the Nikon F100. Which means it should feel fairly familiar for anybody comfortable with Nikon.

You can see in the image above, though, that the body is much shorter than the D850, though. It actually looks quite similar in height to the Nikon D5300. I just compared the D5300 with the D800 body I have here, and the D5300 shutter button falls at about the same height on the D800 as the Z7 shutter button does here on the D850. So, it would probably feel quite similar to hold to the D5x00 series.

And like the D5x00 series (and Sony) you may struggle to find somewhere to rest your pinky.

No price on the Z6 yet, but I guess we’ll find out tomorrow.

No matter what the price, I can’t see myself jumping to mirrorless anytime soon and I certainly won’t be putting down a pre-order. My DSLRs do the jobs I ask of them just fine. But when those do die and need replacing, Nikon mirrorless is starting to look a little more attractive now.

Ricoh announces development of the 24MP GRIII with 3-axis IBIS