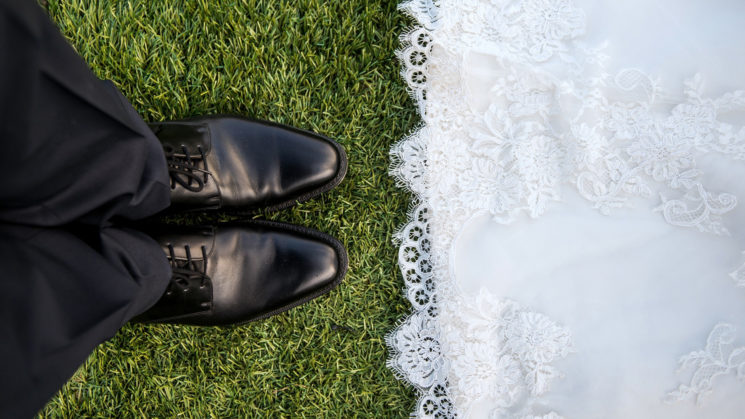 Saw an ad for a “Styled (Wedding) Shoots Conference.” For those of you unfamiliar with the styled shoots, it’s where models play fake brides who fake marry models playing fake grooms at a fake wedding filled with fake guests and then cut a wedding cake at a fake styled reception while photographers who have paid to photograph the fake-ness happily snap away at the event and then post all the styled fakery in their portfolio as samples of “their work.”

If you are wanting to learn how to photograph weddings, I’ve got a better way. I’ve shared it before, but it seems it’s needed now more than ever. I call it “The HONEST Styled Wedding.” So shut down Pinterest and get ready, ‘cause this stuff ain’t easy:

In my Honest Stylized Wedding Shoot, photographers are on the clock.

They have a start time and a finish time for each portion of the shoot.

Although on the clock, the actor playing the bride will arrive 45 minutes late to the location. And her hair and make-up will still have to be finished.

The bride and her attendants will not be carefully placed in front of a rustic barn in the countryside, but rather, in a room decorated to look like a nursery in a church with no windows and fluorescent lighting.

The photographers will have to work around Mother Goose wallpaper and 12 cribs.

The bride’s dress will be strapless and 2 sizes too small but it will be imperative that you make her look good. She will not just fall into standard model poses. And she is not a size 4.

A piece of crucial photography equipment will refuse to work during the shoot.

Most of the actors playing the wedding party will complain every five minutes about taking pictures and the actor bride will ask “Are we done yet?” after every grouping.

In spite of being impatient, the actor bride will still want everything on the list she gave you and expect you to deliver incredible images even though she is rushing you through.

During the “ceremony” portion of the Honest Stylized Wedding Shoot, 50 additional people will be brought in and handed cell phones and tablets to use during the ceremony. They will be instructed to hold their devices high in the air and those on the aisle must lean into it and shoot incessantly during the ceremony.

Two of the actors playing the groomsmen will be drunk.

There will be a separate actor playing the “wedding coordinator” who, in the middle of photographing the formal shots, will surprise the photographers by informing them that their time is now up and they must leave the area before they are finished.

It will be hot. Really hot. You will sweat through your shirt.

The reception tables will not, I repeat, NOT consist of hydrangeas, mason jars, antique shabby chic furniture and chalkboard signs that look like they walked off a cover of Martha Stewart Living. Instead, the tables will have a tiny centerpiece and one votive candle on a mirror.

While photographing the first dance at the reception, one of the actors playing a “guest with a camera” will step right in front of you to get her shot. An uncomfortable confrontation will follow.

Unlike other stylized wedding shoots, you will not round out the day with drinks and dinner. Oh no. You will leave my Honest Styled Wedding Shoot, hungry, dripping with sweat, aching arms, painful feet and a voucher for Applebees, ‘cause that’s the only thing open.

Missy Mwac is a photographer/eater of bacon/drinker of vodka and a guide through the murky waters of professional photography. You can follow her social media links here: Facebook, Tumblr. This article was also published here and shared with permission.

What photographers would say if they were 100% honest with clients

There is now a website that lets you get (and give!) honest feedback on photographs
« Nikon Z6 and Z7 specs and price leaked – Yes, they have 5-axis IBIS
Nikon officially releases a super-lightweight and compact 500mm f/5.6 lens, priced at $3,600 »