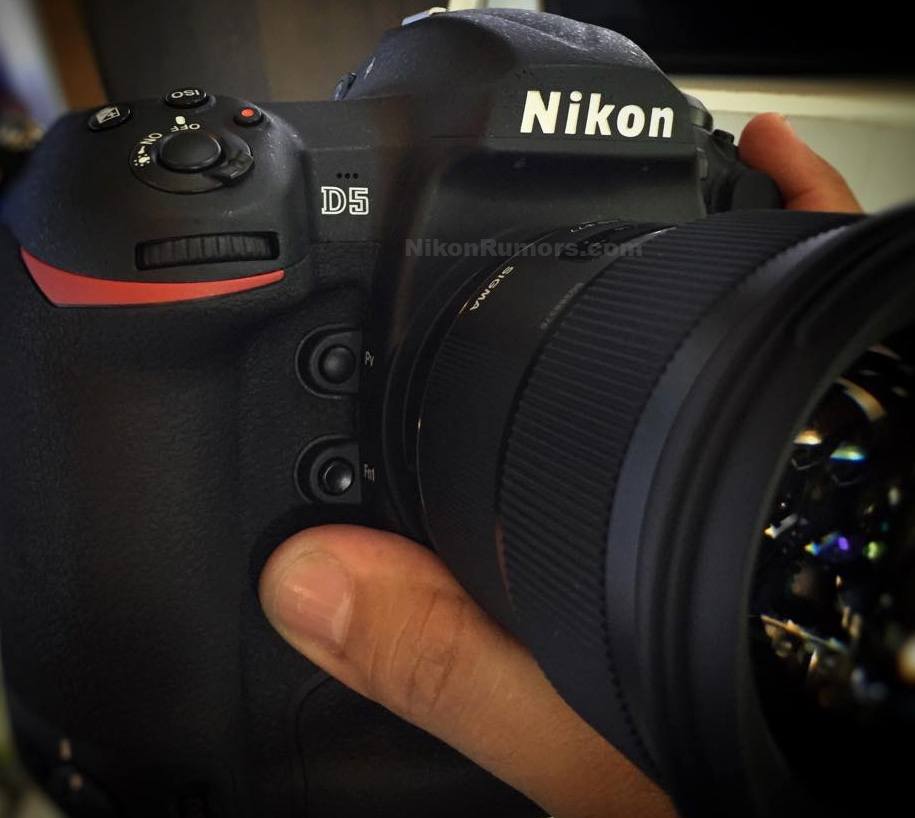 The long-anticipated Nikon D5 flagship camera has finally shown itself in the first leaked photos, posted by Nikon Rumors.

Since most of the recent rumored specs are very similar to the originally rumored specs, the most interesting aspect of the photos might be the fact that attached to it a Sigma lens.

It’s one thing when photos of your still-under-wraps product leaks, but it kind of embarrassing when it’s your flagship model and it’s seen using a competitor’s lens.

Other than that there seems to be a new button added and several, including the ISO button, have moved. 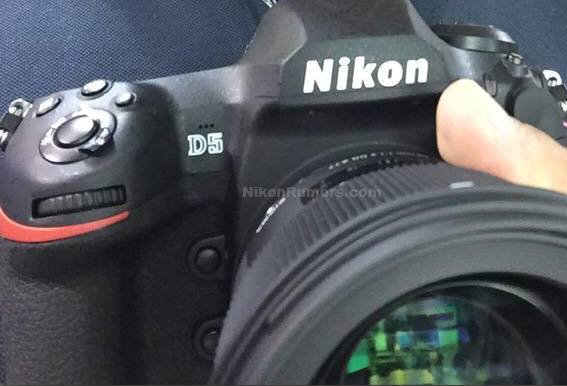 If you hate changes you won’t be happy about an ISO button replacing the MODE, but I think this could be a welcome change.

Other changes include the video recording button moving aside to what seems to be a less prominent spot.

Apart from these rather significant changes you can also notice the microphone holes have also switched sides and now appear above the D5 logo, and least important of all – Nikon’s iconic red “swoosh” has been redesigned.

Now back to that Sigma lens… The way I see it there are two options:

The first, and most embarrassing for Nikon, is that the photos leaked from within Nikon. This means Nikon itself is testing its new flagship camera with a competitor’s lens.

Granted Nikon is likely to have tested the camera with many models from various manufacturers, but this is a Sigma Art lens. Nobody would say a word had it been a Tamron or Samyang, but it just happens to be a lens that many say outperforms its Nikon counterpart.

The second and more likely option is that this photo was leaked by an external tester (or someone with access to said tester’s equipment). While less embarrassing for Nikon, I’m sure its testers have access to pretty much any lens they desire. The fact that they chose to pair it with what seems to be a Simga Art 50mm lens just shows that even they think Nikon’s been pushed back by Sigma’s recent lens series.

I’m sure the D5 will be an astounding camera and personally I can’t wait to try it out, but Nikon needs to up its game when it comes to lenses. A potentially world’s-best DSLR deserves the best lenses, and right now many of them simply aren’t Nikons.