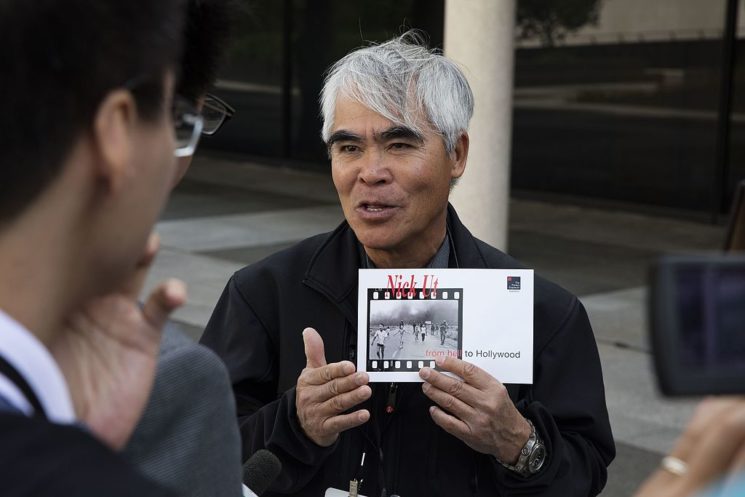 Pulitzer Prize-winning photojournalist Nick Ut was attacked last Thursday in Washington D.C. The author of the iconic photo The Terror of War (also known as Napalm Girl) was having dinner with a friend when a man approached him and hit him.

According to NBC Washington, Ut visited D.C. to receive the Medal of Arts award at the White House. The next day, he went to have dinner with friends and fellow photographers Mark Edward Harris and David Burnett. Multiple sources write that a random man approached Ut and punched him, causing him to hurt his ribs, back, and leg.

The photographer himself described the attack in an Instagram post. “Outside White House we were attacked by drug addict young guy,” Ut writes. “He knocked me down and hurt my ribs, back and left leg. Same leg I have metal in from [mortar] in Vietnam War.”

The photographer added that his Leica might have been hurt in the attack as well. “Mark did martial art to defend me. Secret Service so fast to come over and help,” he concluded.

Nick Ut was born in 1951 in Vietnam. During his 51-year career with The Associated Press, he won many prizes for his images. These include the Pulitzer Prize in 1973 for Spot Photography, which made him the youngest photographer to win the award. He also won the World Press Photo Award the same year. He earned both awards for the iconic photo of the young Kim Phuc or “the Napalm Girl.” Ut retired in 2017, and on Wednesday, he became the first journalist to receive the National Medal of Arts.

After the attack, Mark Edward Harris took a photo of Ut. He told NBC Washington that police caught the suspect. According to the same source, it’s not clear whether Ut was targeted or was a victim of a random attack. Despite the incident, the famous photographer said that he would stay in D.C. through the inauguration, hoping to get some interesting photos.

« How to create a natural light portrait studio in your garage in under 5 minutes
Is it really worth getting the Nikon Z5 or should you just go for the Z6 II? »