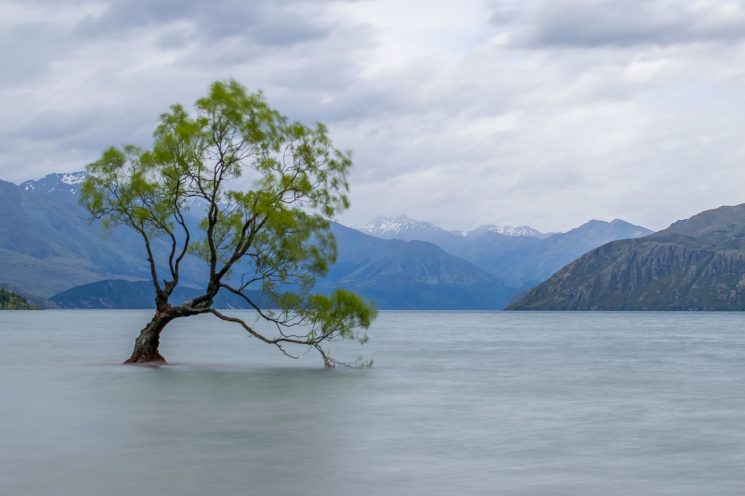 I’ve never heard of a tree more popular than “That Wanaka Tree.” Sadly, such huge popularity has attracted all sorts of people to the fragile willow, not all of them with good intentions. It was discovered yesterday that someone had vandalized the tree and cut several large branches with a saw or a chainsaw.

Councilor Quentin Smith told The Guardian tree was “iconic.” There’s no doubt that its fame was built through social media, considering that the hashtag #thatwanakatree currently counts nearly 60,000 posts. However, someone doesn’t seem to be such a big fan of the tree. So, they took a saw and cut off a few large branches, including the one that dips in the water. I found this recent photo on Instagram, posted by kristin1323:

Smith said that it’s “disappointing” that someone vandalized the tree. “We just don’t know what would have driven someone to do this,” he told The Guardian, adding that for now they “have no clue” who is responsible.

Wanaka photographer Luisa Apanui told Stuff NZ that the locals are pretty devastated. “The tree even survived the floods in December and it’s so sad to see someone did this on purpose,” she said. It made me pretty sad to think about this – the tree survived the floods on its own, and then a human decided to damage it with a saw. I wonder what was on that person’s mind.

I wrote about the famous Wanaka Tree two years ago, when it was threatened to be destroyed because of tourist’s Instagram photos. Among the photos tagged with #thatwanakatree, I’ve come across some pretty reckless behavior, both then and now. People sit in the tree, swing off it and whatnot –anything for a photo!

As mentioned above, the officials don’t know who is responsible for cutting the tree’s branches with a saw. It’s also not known what made them do it. But honestly, I wouldn’t be surprised that they wanted to create a viral post for social media. If they are clever like these guys, I think it won’t take long to discover them.