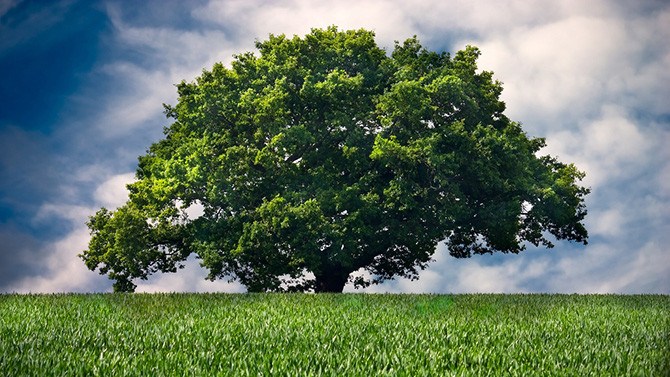 Lone trees in the landscape are a popular photography subject around the world, but it’s not often that what makes such a scene so pleasing also causes the owner of the land on which it resides to cut it down.

This particular tree, nicknamed the “Philosophy Tree”, has become something of an attraction to local photographers, and Instagram users.

The tree in question has been included in many photographers works, including this short night timelapse from YouTuber Naoki Cygnus.

Searching for “Phillosophy Tree of Biei” on Google Images gives you some indication as to this location’s popularity, but it has also popped up on many Instagram feeds.

Regardless of the weather, people and their cameras were not deterred from visiting and grabbing a shot, no matter how silly some of them might appear.

But it eventually all became a bit too much for the farmer, after having countless numbers of people regularly trampling his land, and killing his vegetables.

Before the tree had been cut down, photographer Kent Shiraishi captured some drone footage, asking for other photographers to respect the owner’s land.

The land owner himself had also posted numerous signs around the property warning trespassers to keep out, with other signs banning photography completely.

It appears the suggestions were largely ignored, and a few days ago Kent posted via Facebook that the tree had been cut down.

Upon felling the tree, the farmer made an official announcement mentioning that the tree was old and at risk of falling, so it would have eventually been cut down anyway.

Whether or not that was the truth, the fact remains that there were a great number of intrusive tourists that had been disrespectful of the owner’s wishes and his property.

The old addage “Take nothing but photographs, leave nothing but footprints” is a good one, as long as you’re not leaving those footprints all over somebody’s vegetable crop.  Sometimes even footprints are too much to leave behind.

So, please make your photographs with a little consideration for those who own and maintain the land on which you’re shooting, or you may find it taken away from you.